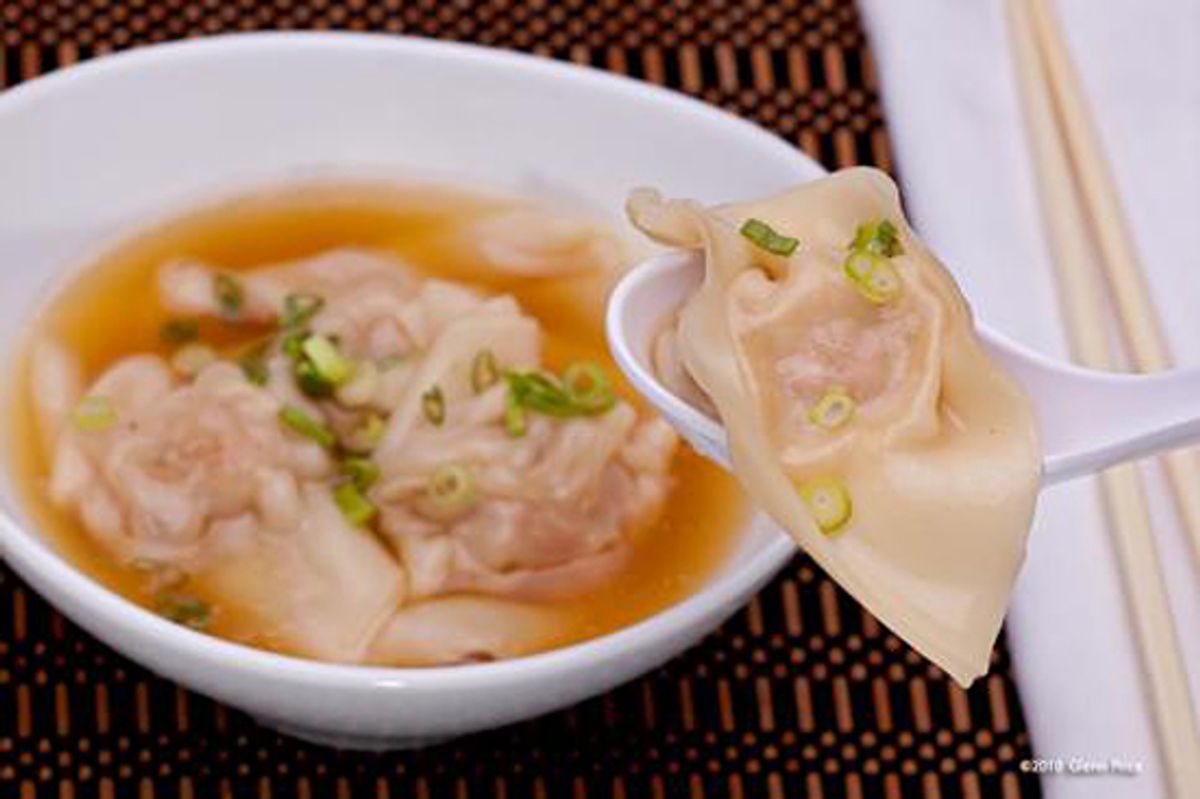 Mom always made ginormous batches of wontons so she could keep some in the freezer for later. To freeze uncooked wontons, lay them on a baking sheet so they don't touch and put the sheet in the freezer until the wontons are frozen solid. Once frozen, the wontons can be transferred to a freezer bag for storage. On a cold weeknight when you don't feel like cooking, take some out of the bag, allow them to thaw, and throw them into a pot of simmering broth for a comforting dinner.

I've adjusted the recipe to make a more modest number of wontons -- only about 100. I've also included instructions for the two most common ways of serving them, cooked in soup and fried. The soup recipe serves 2-4; the fried wonton recipe makes as many or as few as you need. Unless you're serving dozens of people, you'll still have some wontons left over for the freezer. Folding all of these will entail about an hour of meditative handiwork for one person, or a pleasant bonding experience for two.

For wonton soup: Heat one quart of chicken broth in a pot until it starts to boil. Carefully place about 12 wontons in the pot along with any meat and/or vegetables you'd like to add. (Mom used wonton soup as a convenient repository for leftovers.) When the wontons float to the top of the broth and look wrinkly and translucent, they're done. Toss two thinly sliced scallions over the soup as a garnish. This amount will serve two people as a lunch, or four people as an opener to a larger meal.

For fried wontons: Heat about 2 inches of neutral cooking oil (such as canola) in a heavy saucepan over medium-high heat. When it's hot enough to make a drop of water sizzle on impact, add wontons, one at a time. The number that you can add will depend on the size of your pan, but you don't want them close enough to touch each other. Fry until the undersides are golden brown; flip and fry until the second side is also golden brown. Immediately remove from the oil, drain well on paper towels, and serve hot with sweet and sour or hoisin sauce.