Why charities should be political

Some members of Congress have been using charities as campaign tax shelters, but don't let their abuses fool you 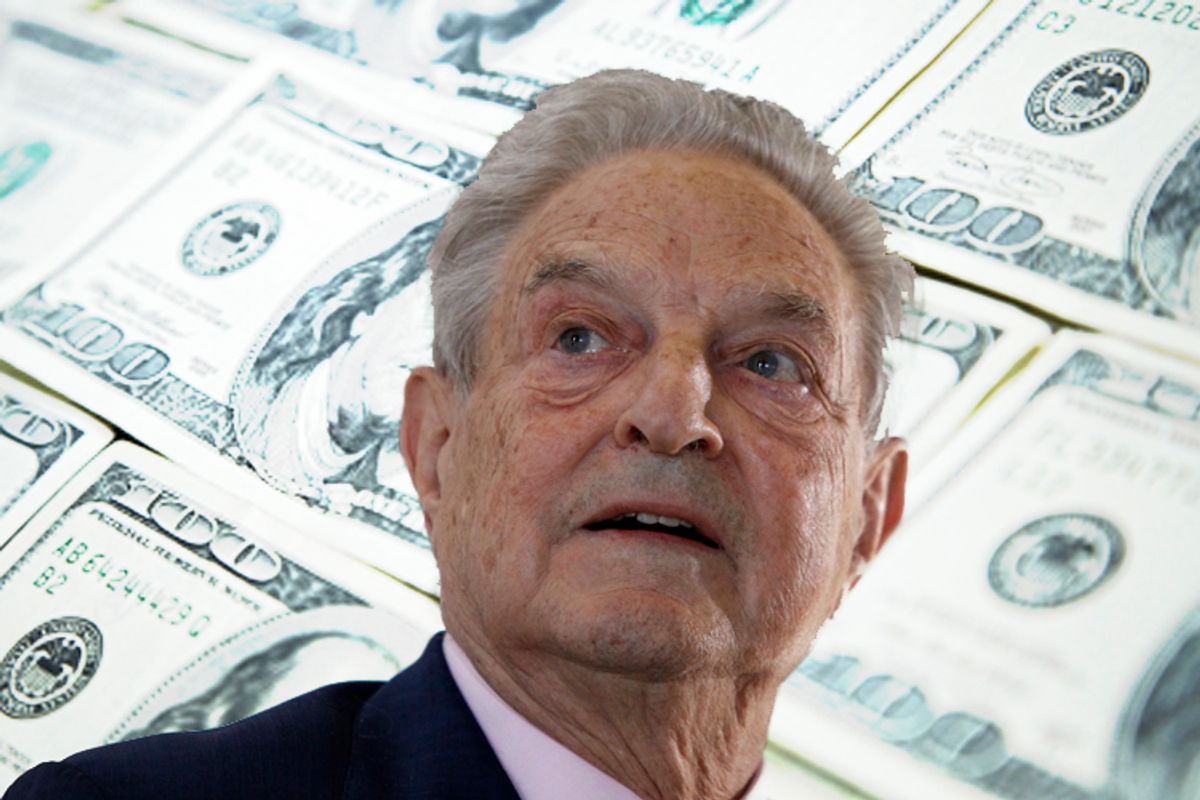 It’s clear that this disheartening report should prompt us to look more closely at the ways corporations and politicians seek to circumvent campaign finance rules, as the Times editorial board pointed out Tuesday. But we shouldn’t declare our disgust with the general politicization of charity just yet. Rather, we should take the opportunity to more carefully examine our assumptions regarding nonprofits, philanthropy, and politics. As vulnerable as the charitable sector is to abuse by unscrupulous pols, the fact remains that many types of political activity, like advocacy and voter education, are important tools that are vastly underutilized by American charities, while seemingly benign activities like youth leadership programs, are more complicated than they seem.

The nonproﬁt sector is traditionally viewed as the realm of charitable do-gooders, selﬂess humanitarians, and kind-hearted philanthropists: those who feed the hungry and shelter the homeless without regard for political considerations. Indeed, nonprofit organizations and philanthropic foundations are required by law to conduct exclusively nonpartisan activities that promote the public welfare. For many organizations, this is relatively uncontroversial: soup kitchens and homeless shelters, for instance, belong unequivocally to this category. But as soon as visions of the public welfare venture beyond that of providing basic services, controversy and challenges are sure to follow.

George Soros, for example, has long been the most visible example of a politically savvy philanthropist -- and has long been a lightning rod for criticism because of it. Lately, he’s been joined in the spotlight by the billionaire Koch brothers as a result of Jane Mayer’s New Yorker piece on their philanthropic giving to libertarian think tanks and organizations. But what many don’t realize is that political nonprofit activity isn’t limited to the likes of the Open Society and Cato Institutes -- nor should it be.

In fact, charities are allowed to engage in a wide range of political activities, frequently many more than we -- and sometimes, even they -- realize. Nonprofits routinely fail to deploy their most powerful, constitutionally protected tool: advocacy. Encompassing a broad spectrum of activities, from educating government officials about issues to lobbying for specific legislation to conducting research and spreading ideas, advocacy simply refers to the process of seeking to bring important issues to the attention of lawmakers and the general public. So why don’t nonprofits do more of it?

A big reason is anxiety about complying with IRS regulations and the potential loss of tax-exempt status that could result from a misstep. But restrictions on nonprofit advocacy are actually quite permissive: organizations can spend up to 20 percent of their budgets on direct lobbying and an unlimited amount on other forms of advocacy. Still, nonprofits fear that political activities like advocacy and lobbying will result in a loss of hard-won legitimacy and trust among the public. Plus, it’s harder to fundraise for ambiguous-sounding policy work and controversial issue campaigns than for the straightforward provision of goods and services.

Here, it’s important to recognize that there are different types of political action – and that nonpartisan isn’t the same as nonpolitical. The existing guidelines for charities actually present a reasonable approach, allowing nonprofits to engage in political action that focuses on issues while prohibiting candidate- or party-based campaigning.

Though these guidelines could use some tweaking, what really needs to change is the public perception that nonprofits must stick to the most straightforward forms of assistance in order to maintain their golden halo. As the Times article demonstrates, the assumption that charities providing traditional goods and services are indisputably nonpartisan while those engaging in more political action are beholden to special interests is simply false. Whether through corporate whitewashing (or its hip new cousin, greenwashing) or good old-fashioned schmoozing, traditional forms of philanthropy provide just as many opportunities for powerful interests to exercise undue influence as do the more political giving models being advanced by the likes of Soros.

Restrictions on charities’ political action are intended to prevent nonprofits from being used as tax shelters for political campaigns -- indeed, to prevent the exact kinds of abuses documented by the Times. They are not intended to stop charities from engaging in the types of political activities, like advocacy and lobbying, that are more likely to bring about deeply felt, long-lasting social change than activities that provide temporary solutions to entrenched problems.

For example, many donors see college scholarships as a relatively simple approach to improving access to higher education, with tangible, easily measured results. To be sure, these types of donations can have a tremendous impact -- but on a limited number of individuals. Even billionaires like George Soros and Bill Gates can’t provide scholarships to every child who wants a college education. To improve educational prospects for all young people, on the other hand, requires systemic change -- the kind of change that might be brought about by advocating for increased funding of public universities, or a campaign for broader access to low-interest loans.

Of course, many philanthropists and corporate donors are motivated by factors other altriusm. This should come as no surprise -- and in any case, donations should not have to meet some standard of pure intentions. But because the federal government effectively subsidizes philanthropy through charitable tax deductions, the American taxpayer is essentially paying for the wealthy to express their philanthropic preferences—however idiosyncratic or limited in scope -- at the cost of publicly funded programs that suffer from lack of tax dollars.

Furthermore, since the wealthy are taxed at a higher rate, they receive a greater subsidy for their donations than those in lower tax brackets. The result is what political science professor Rob Reich of Stanford University (full disclosure: my undergraduate advisor) describes as “a troubling plutocratic bias in the contours of civil society.”

This isn’t a trivial matter: the Treasury loses an estimated $30 billion each year to the charitable tax deduction, and according to the Joint Committee on Taxation, simply limiting the deductions by those in the top tax bracket to 28% (from the current level of 35%) would raise $289.3 billion over 10 years. Thus the charitable tax deduction takes decision-making about public funds and public goods out of the hands of publicly elected officials and puts it in the hands of the privately wealthy.

And indeed, many seemingly uncontroversial donations have more troubling implications than we usually acknowledge. For example, should we subsidize gifts to prestigious universities at such a high rate when they are much more likely to benefit the children of the wealthy donors than those of the poor? Should we use tax dollars to finance corporate giving programs designed to burnish the image of global giants like Microsoft? Of course, the wealthy are free to spend their money however they choose—but should their preferences be subsidized by the state at a higher rate than those of the general population -- or indeed, at all?

These are questions that require public debate and discussion, yet are unlikely to receive it so long as we stick to our simplistic view of what constitutes “good” and “bad” charitable activity. Clearly, the interplay between philanthropy and politics isn’t as simple as it seems at first glance. Ultimately, to make the promise of social change through philanthropy a reality, we have to throw out our old assumptions about the benefits of an “apolitical” nonprofit sector. Providing short-term assistance and humanitarian aid seems like a sure thing: uncontroversial, quantifiable, and easily documented in annual reports. Yet even the most outwardly benign of activities can provide a mask for other interests. At the same time, if the nonprofit sector is to play a real role in improving the lives of those it seeks to help, we have to stop forcing it to meet our misguided expectations and start recognizing the power of certain forms of political activity.

So while we should rightly seek to crack down on politically motivated abuses of charitable organizations when they come to light, we should take care not to jump to condemn political activity by charities in general.