A glimmer of hope in jobless claims?

Summer's gloom might be on the wane. Either that, or the government is just guessing wrong 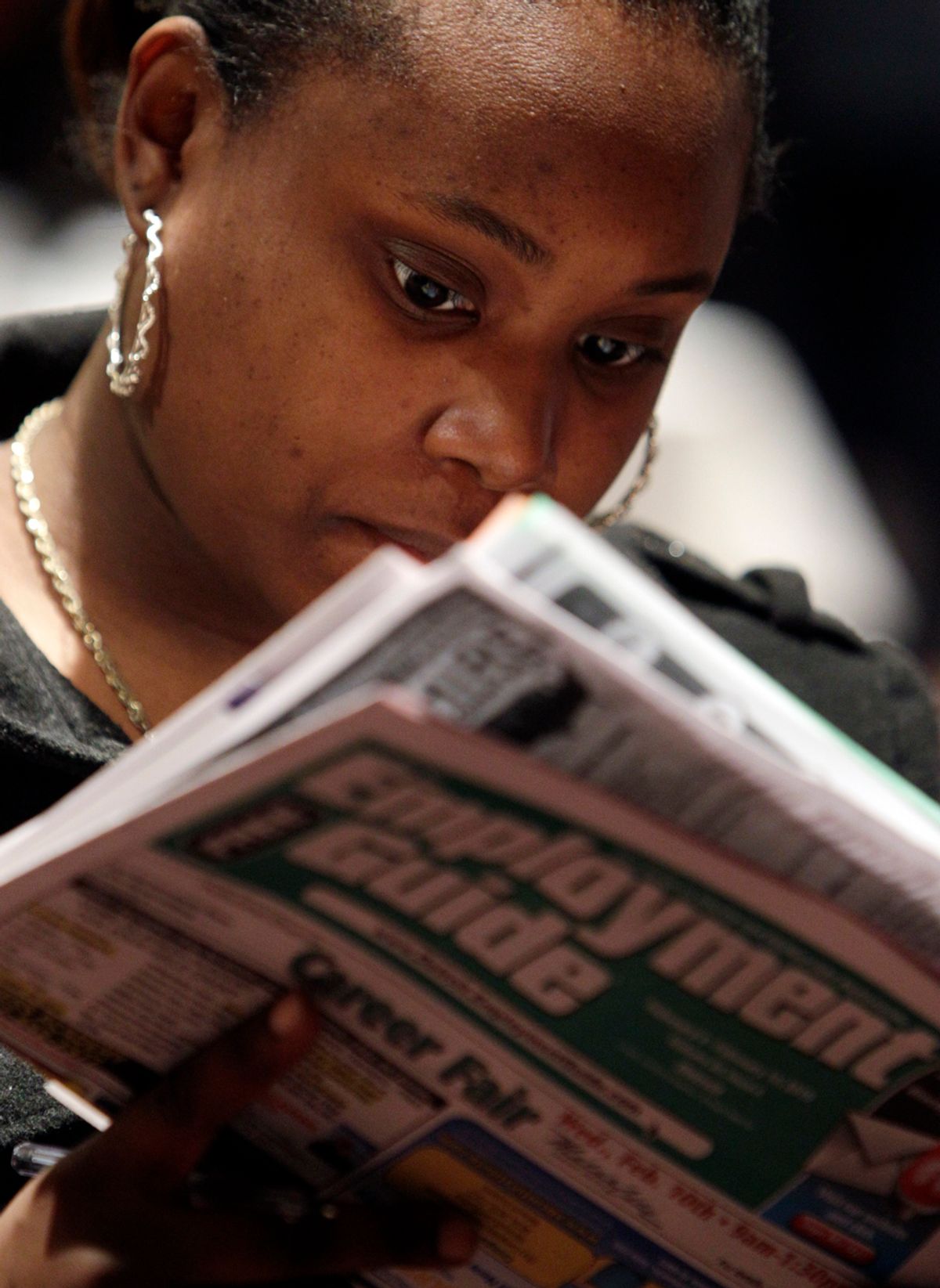 After a summer in which the weekly jobless claim numbers inflicted one disappointment after another, the past three weeks have witnessed a mildly encouraging reversal of trend. Today's report from the Bureau of Labor Statistics delivered the biggest surprise, a 27,000 drop from last week's (slightly revised upward) 478,000 claims. Investors, we are told, took heart in this much-better-than-expected news.

The numbers are the best since early July and the four-week moving average is headed back down. But there's a caveat. The Labor Day holiday resulted in nine states -- including California -- failing to report their data to the government. Bloomberg reports that California and Virginia turned in estimates instead of hard numbers, while the Bureau of Labor Statistics made its own guesses for the other seven states.

Calculated Risk suggests that means that the real jobless claims number is probably higher than reported by the bureau. I guess we'll find out next week whether the trend has any real legs. The proximity of the midterm elections means that September's overall employment numbers are going to be the subject of more than usual amount of political hot air blathering, so HTWW will keep an extra close watch this month.

But in the meantime, the Big Picture offers some space to Gluskin-Sheff analyst David Rosenberg with which to counteract even the slightest mote of optimism about the economy.

Finally, you know it's a depression when, 33 months after the onset of recession:

And that, in a nutshell, explains why Republicans could take back the House.