Rep. Boehner says he's fine with just a temporary extension of Bush's hand-out to the wealthy. Don't be fooled 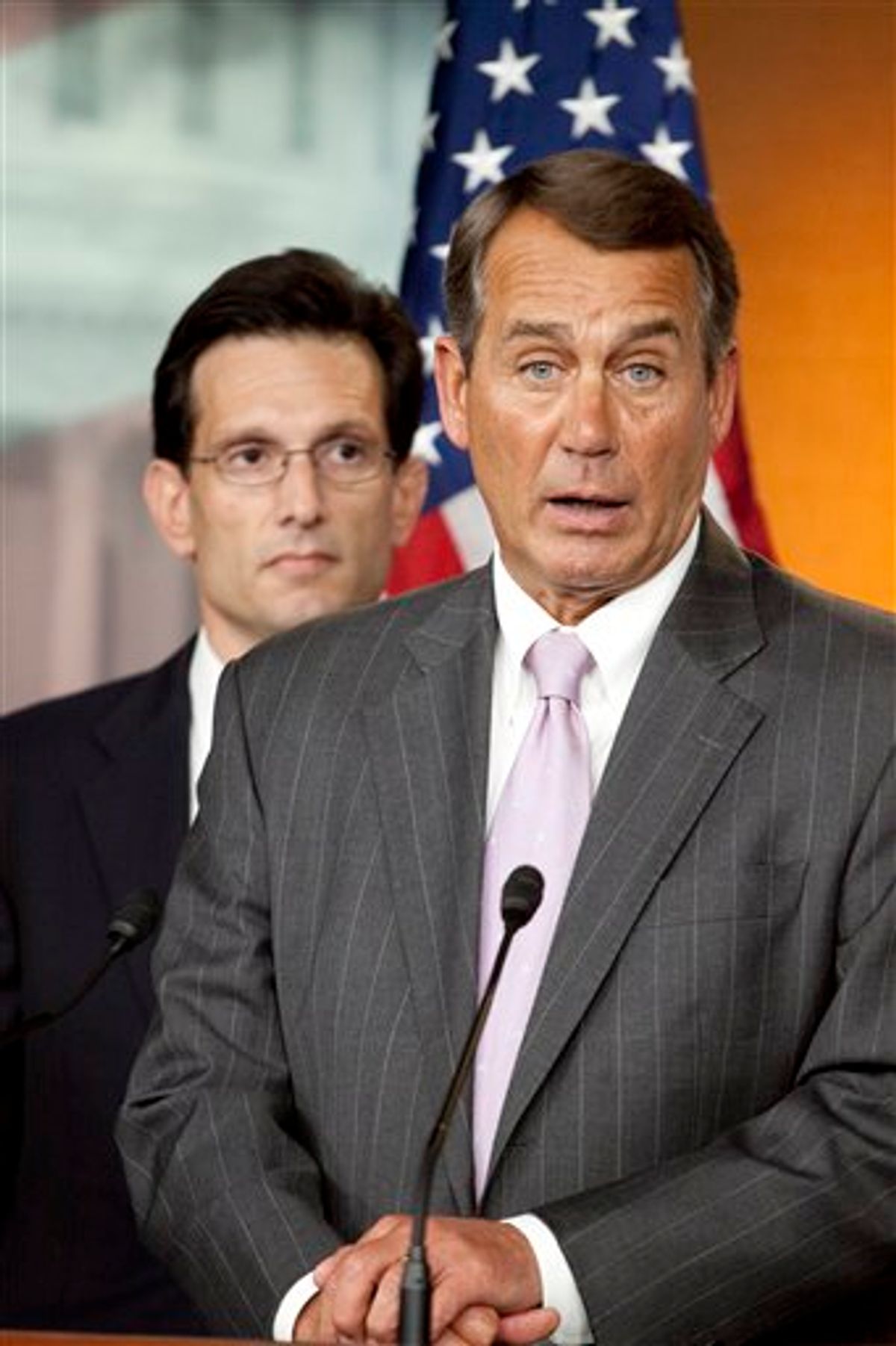 FILE - In this April 5, 2010 file photo, House Minority Leader John Boehner of Ohio, right, accompanied by House Minority Whip Eric Cantor of Va., speaks on Capitol Hill in Washington. Boehner could walk down most U.S. streets anonymously. But the perpetually tanned golf lover, who grew up in a Cincinnati family of 14, could become the next House speaker and the GOP leader of opposition to President Barack Obama. (AP Photo/Harry Hamburg, File) (AP)
--

The Wall Street Journal reports that House Minority Leader John Boehner, R-Ohio, has offered a "concession on tax cuts." Republicans would be, happy, he said, with merely a two-year extension of the Bush tax cuts, rather than a permanent extension.

Cue up the conspiracy theories. Boehner's proposal is identical to the suggestion made by former Obama budget director Peter Orszag in his New York Times column on Tuesday. Orszag later told the Washington Post's Greg Sargent that he was only making the suggestion reluctantly, but the alacrity with which Republicans are jumping on the bandwagon fuels suspicion that despite Obama's strong call for higher taxes on the wealthy yesterday, some kind of compromise could be in the works.

President Obama is holding a press conference on Friday, and we already know, from his speech in Cleveland yesterday, that he has decided to make Boehner the focal point of his new partisan push back against the GOP. It will be interesting to see whether the reinvigorated Obama aggressively denounces this latest piece of Republican tax cut hypocrisy, or just lets it slide.