Politico hires one liberal and one conservative to write columns 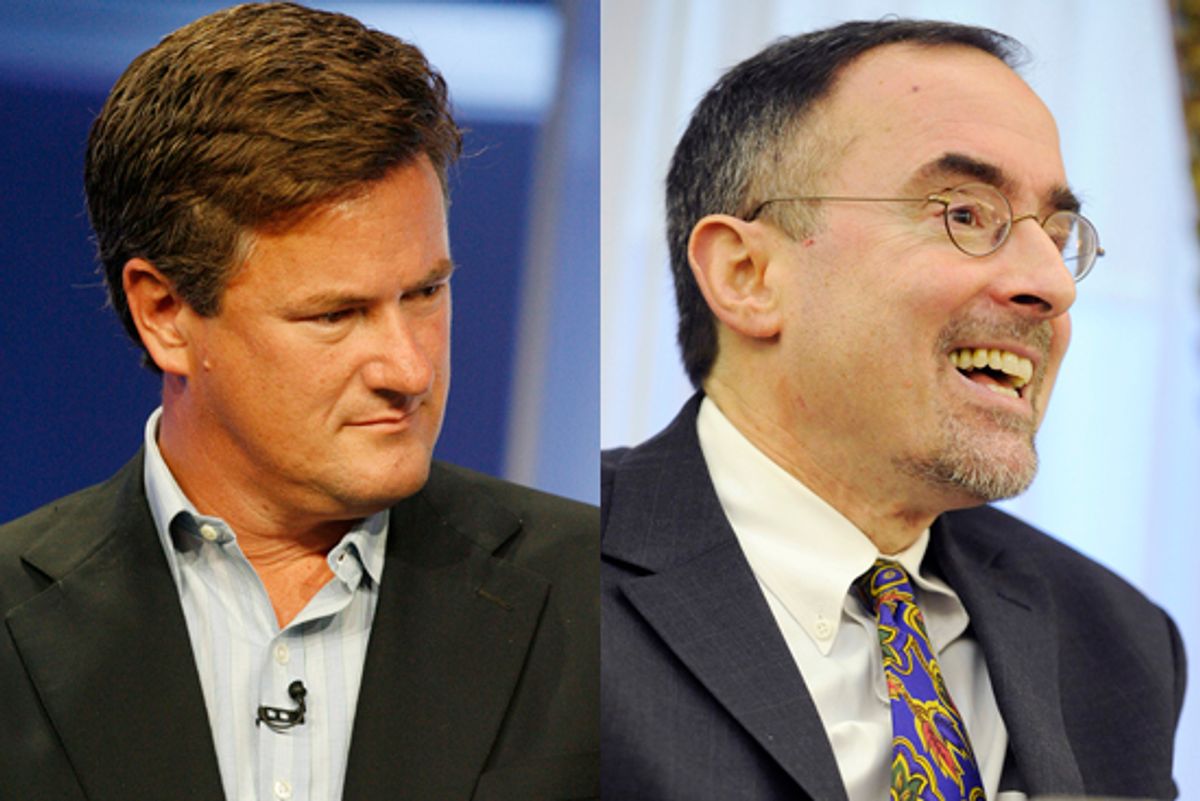 Do you ever think to yourself, "I wish I had some way of finding out what MSNBC personality Joe Scarborough and peripatetic editor/columnist Michael Kinsley think about the important political issues of the day"? Then have I got a free DC-area newspaper for you!

Politico has hired Kinsley and Scarborough to pen "opinion" columns about politics, because, I guess, they were available. (Kinsley is always available. He'll be editing Wonkette in two years.) Kinsley leaves the Atlantic, the 100th magazine he's contributed to since he started in journalism in the 1970s, and Scarborough will remain at MSNBC, where he is Mika Brzezinski's sponsor.

If you asked someone who really hated Politico how they thought that paper would go about launching "opinion" columns, this hypothetical person would probably say, "They would get two columnists, one from the right, and one from the left, both of them longtime members of the Beltway media elite that Politico serves and flatters." Little did this guy know that they'd get one guy with no experience as a columnist and another guy who sometimes lives in Seattle!

These two will offer ideological balance, as their opinions generally come from competing ends of the political spectrum.

Good! You wouldn't want anyone making an argument without someone else making an equal and opposite argument. That is for people who don't live in a world where politics is a constant, unending battle over the nature and interpretation of reality itself, and even longtime, agreed-upon facts can be challenged until they, too, are up for debate.

Both Mike and Joe will write from an ideological perspective — something our current reporters and columnists do not do — and their work will be labeled accordingly.

Emphasis mine, because it is either adorably naive or willfully dishonest about the nature of the entire Politico enterprise.

While they say this won't be a point-counterpoint thing, Kinsley will write circles around Morning Joe. Although I do look forward to Joe's weekly columns about how the Republicans and the Democrats are both so sadly extreme and Real Americans — who are Reasonable, like Joe — need to band together to do something or other about the deficit.