It's good to have this Obama on the campaign trail 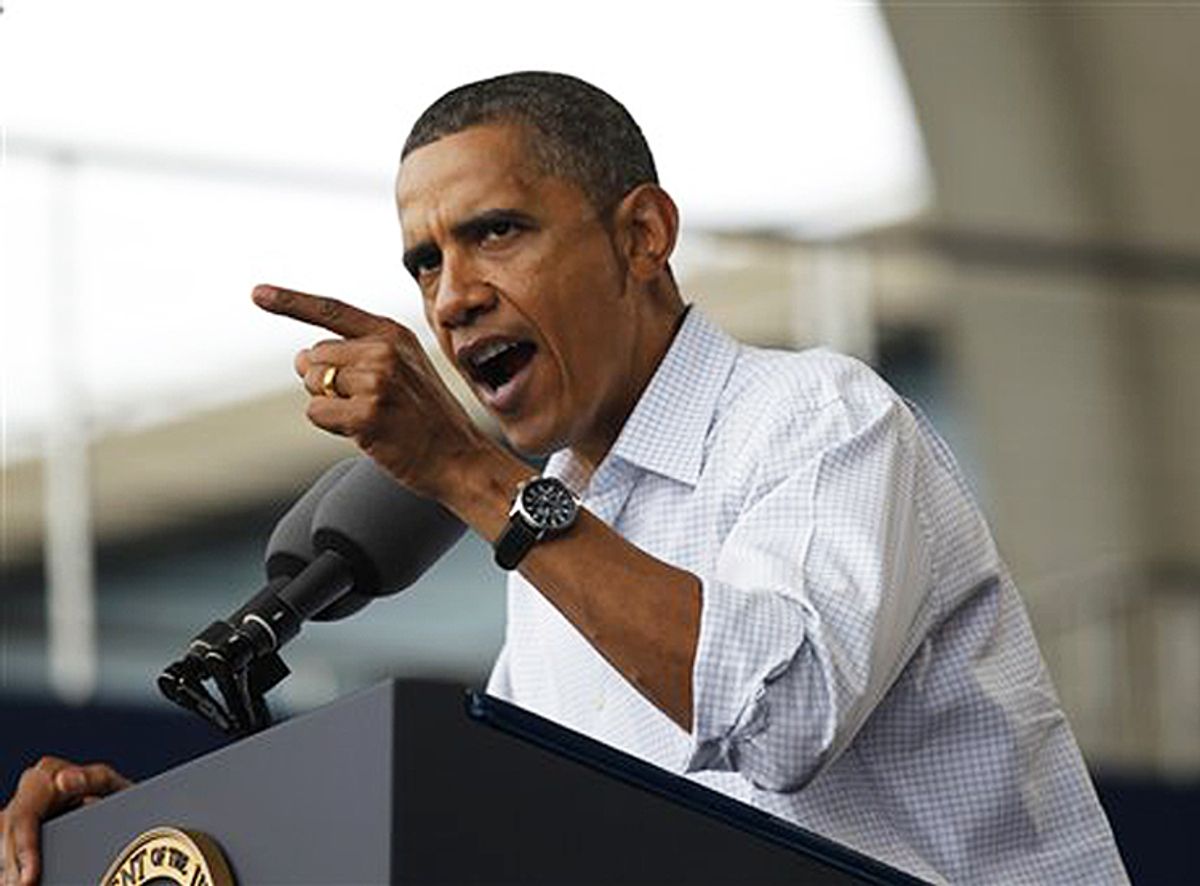 Among the enlightened, dialing the psychic hotline is considered superstitious, although watching TV pundits call elections two months before the vote is taken seriously. True, political forecasters have opinion polls to guide them, but then it's also a safe bet that anybody phoning a psychic has a troubled love life.

History suggests that Democrats are in for a tough November. But will Republicans succeed in retaking one or both houses of Congress? Anybody who professes certainty is either blowing smoke or watching too much Fox News. Two months can be an eternity in politics. Unanticipated events can cause dramatic shifts in public sentiment.

Besides, now that Labor Day has past, Democrats are swinging into action. President Obama appears to be going into campaign mode, and lest we forget, he's an excellent campaigner. Elsewhere, party loyalists have begun bickering among themselves, the traditional Democratic way of working into fighting trim.

Let's take the bickering first. Among liberals, Markos Moulitsas' book "American Taliban: How War, Sex, Sin and Power Bind Jihadists and the Radical Right" has provoked a bitter slinging match. Actually, nobody (myself included) has read the book yet. But everybody's got an opinion about the title.

But that's OK, because like Ann Coulter's quasi-literary efforts, it's meant to provoke. To Democrats like the American Prospect reviewer who lamented the "obscenity" of comparing domestic political opponents to terrorists, the founder of the influential DailyKos.com website has a pungent answer:

"Look, this book, ultimately, is a big '(bleep) you' to every conservative who has ever accused us of wanting the terrorists to win. Why would we? The reasons I hate the crazy Right is the same reason I hate Jihadists -- their fetishization of violence, their theocratic tendencies, their disrespect for women, their hatred of gays, their fear of the 'other', (and) their defiance of scientific progress and education."

Now, as a New Jersey native (state motto: "Oh yeah, says who?"), I've no objection to polemic. Sometimes you've got to stick a thumb in somebody's eye to get their attention. Besides, anybody who hasn't noticed that religious zealots of every persuasion fear reason, hate science and obsess about other people's sexual sins hasn't been paying attention.

As a frequent recipient of hate mail and the occasional threatening call, however, nothing makes my day like some witless goober taking a wild swing at my imagined personal proclivities and missing. It's like Floyd Mayweather sparring with a drunk.

That's the problem with "American Taliban." What do 95 percent of Americans know about the Taliban? They behead infidels, stone women to death, mutilate young girls, burn schools, massacre rival sects with suicide bombs, and assassinate U.S. soldiers with roadside bombs. Other than that, yeah, they're just like Glenn Beck, Sarah Palin and Rep. John Boehner. Especially Palin, the puritanical anti-sex crusader in the 4-inch red pumps.

So nice try, Markos, but no cigar. Contrary to the estimable blogger Taylor Marsh, it's got nothing to do with "giving the Right a little of their own medicine at a time when Democrats are seen not to have a spine."

It's about swinging and missing.

Meanwhile, the original spineless Democrat who somehow scares the right to death -- he's a Socialist, he's a Fascist, he's the Antichrist -- came out of his corner on Labor Day sticking and moving.

I've sometimes wondered whether President Obama is sufficiently narcissistic (like all pols, to some degree) to believe that the healing balm of his personality could create the kind of bipartisan calm he evidently brought to the Harvard Law Review. Washington Republicans, however, can't be reasoned with, only defeated.

Besides proposing a $50 billion road, railway and airport construction bill Democrats should have enacted 18 months ago, he reminded voters that the GOP drove the economy into the ditch. Now they want the keys back. Except they can't drive.

"You know that philosophy: You cut taxes for millionaires and billionaires; you cut rules for special interests; you cut working folks like you loose to fend for yourselves," he said. "They called it the ownership society. What it really boiled down to was: If you couldn't find a job, or afford college, or got dropped by your insurance company -- you're on your own."

Now they vote "no" on bills to keep teachers, nurses, cops and firefighters working. Boehner, the would-be House speaker, called them "government jobs," not worth saving. GOP to voters: Put out your own fires.

Then Obama mentioned the big thing the GOP always wants voters to forget: We're all in this together. "Whenever times have seemed at their worst, Americans have been at their best. Because it is in those times when we roll up our sleeves and remember that we will rise or fall together -- as one nation, and one people."

It's good to have this Obama back. And it's crucial that he not go back into hiding.