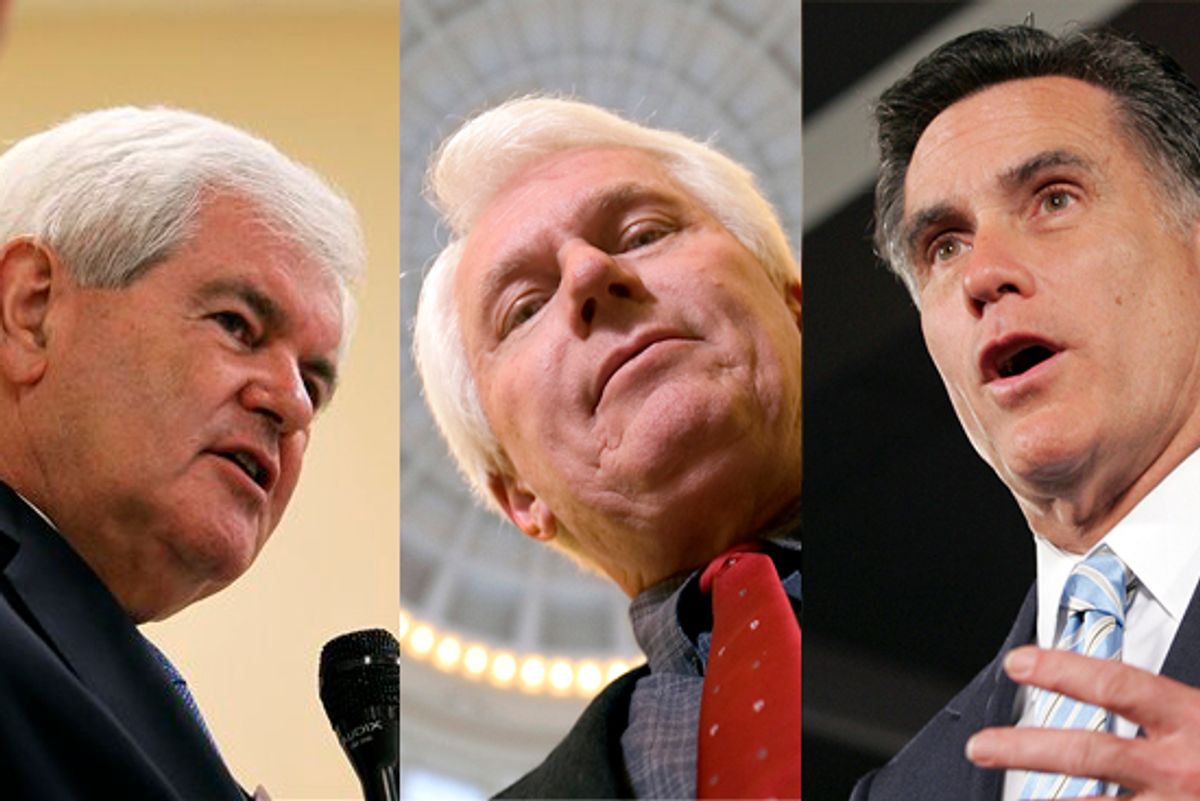 Leading Republicans like Newt Gingrich and Mitt Romney have been showing off their anti-Islamophobic bona fides this week by publicly denouncing the Quran burning.

Now, they're about to face a key test that will show whether or not they have a serious interest in tamping down anti-Muslim sentiment in their party and the country at large: One of the most virulent anti-Muslim and downright racist voices in the country, Bryan Fischer of the American Family Association, is scheduled to be a featured speaker at the Values Voter Summit in Washington next week.

Now, it's not fair to ask speakers at a large conference to endorse the views of any other speaker. But it does seem fair to ask that some people be beyond the pale.

Fischer has explicitly called for the government to block the construction of any mosque in America. He has called for an end to Muslim immigration to the U.S. and for an end to any Muslim presence in the military. Just today, he published a racist screed on the failures of Muslim civilization, arguing that "Lowered intellectual capacity is another devastating consequence of Muslim marriage patterns."

Fischer is director of Issue Analysis for Government and Public Policy at American Family Association, which is one of the sponsors of the Value Voters Summit.

Will Gingrich or Romney or any of the others speak out against Fischer's presence at the conference? Will they boycott the event? We'll be calling around and will report back on what we find out.