Church of the savvy -- "He isn't handling it" 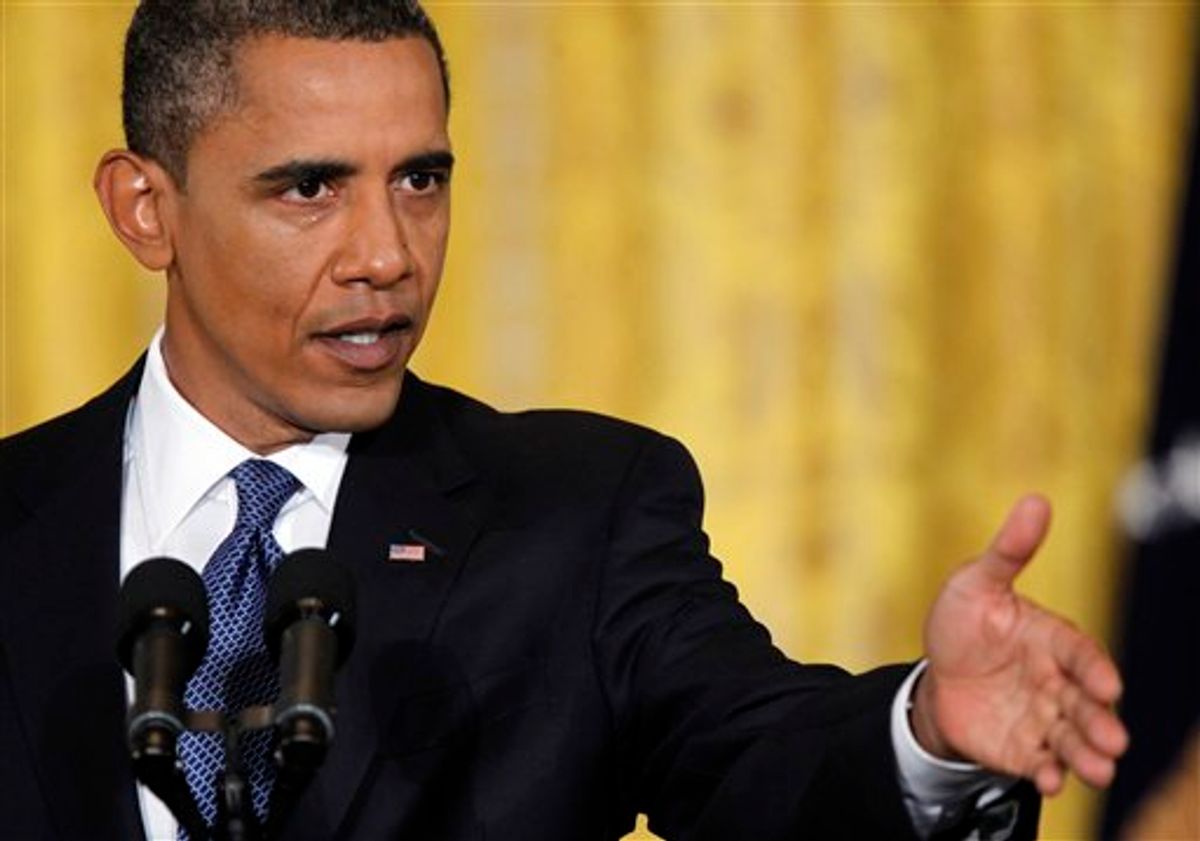 This originally appeared on Digby's blog

I wrote about this blame the victim mentality yesterday, and now it is turning into conventional wisdom. On "Hardball" today, Matthews and Fineman both made the (correct in my view) point that comparing the building of a mosque to Quran burning is morally absurd. Then they asked the Village jester, Mark Halperin, to weigh in:

I'm not sure which I would prefer. Whether they actually believe there's a moral equivalency there or they don't and are using it for political purposes. Either way, this is not just bad domestic politics for the president, and it is and they know it, for a variety of reasons including it takes him off the economy and divides him from Democrats which is an increasing problem, I think, for the president and the Democrats in the midterms on a range of issues.

But I almost hate talking about this as a political issue. This is a national security crisis. Both of these issues are. To get General Petraeus involved in a domestic matter first amendment issue, show the extraordinary extent to which people in the military are worried about the men and women overseas and think this is a big enough deal. And to have it be brought into domestic politics and inflamed by Republicans. Again, out of principle maybe, our of political purposes maybe. Whatever the reason it is really a national or international tragedy. And unfortunately the president, for a variety of reasons is too weak on his own to deal with it.

Howard Fineman and Matthews then commented on how Obama is an elegant egghead who lives in the clouds and tut-tutted that he needed to remind people that he was a Christian. Halperin then explained that Obama should capitulate:

Matthews : Explain that view because I am a little surprised by that

Halperin: I just think that's there's too much opposition to it and the feelings are too raw. And frankly I think most of all the people who are in charge of building it are not handling themselves well enough to build it the right way. To build it in a show of unity rather than a show of unity.

Matthews: You live in New York do you have a sense when you're walking past -- it's going to be a big object of the news tomorrow on the Nightly News and other programs over the week-end --- when you walk by and you look at that building does it seem like it's facing the world trade center?

There was some crosstalk and then Halperin weighed in again:

Halperin: Can I just say one thing about the politics? If this were a Cold War issue and a Democratic president who was vulnerable on the cultural and national security issues of the type that are implicated here and politicians were saying these things who were Republicans, we'd have no doubt that they were doing it on purpose. That they were doing it purely to discombobulate the president and undermine his image. And again, I'd like to give those three (Gingrich, Palin, Boehner) the benefit of the doubt but you saw what the president had to do today... he had to brandish his Christian faith. And that shows the extent to which he is discombobulated by this.

Matthews: That's called a religious test, by the way...

Matthews: Newsmax, a conservative webs site put that up today. He took his strongest position on the mosque...

Fineman: Yes, if you can build a church there, build a synagogue there, build a hindu temple there .. the president doesn't like to be pushed on these kinds of things on the one hand. One the one hand he does the Christian riff. On the other he says they should be able to build it there. And that's the box he's in.

Matthews then played Obama's statement today in which he said that about the church, synagogue etc and Matthews asked, "Way too strong Mark?"

Halperin: Way too weak. If he were my professor at the University of Chicago, my law professor, I'd say man I love my teacher. He's really eloquent. That's not what's required from the president of the United States. this is not a local issue, it's not a national issue, it's an international issue. And if that's his strongest position, I still don't know what he actually thinks should be done. What I do know is that it cannot be solved now whether it's going to be move or whether it's built there it cannot be solved without his leadership and leadership is not taking a theoretical lawyerly position which is what he's still doing.

This was the most confused bunch of nonsensical crapola I've ever seen, from Halperin's bizarre Cold War comments to Fineman apparently believing that being a Christian equates with being against the building of the Islamic Center. But essentially it comes down to the fact that the Republicans are making political hay and it's Obama's fault for not being omnipotent and able to stop them, so they should move the project.

I thought Obama's case today was quite good. I suppose he could go up to New York and get a bullhorn and talk trash in front of the Park51 --- Halperin gets all gooey at stuff like that --- but I honestly don't think there's anything he can personally do about this. Obama isn't the big Daddy Fix-It that Halperin thinks a president should be so we have no choice but to submit ourselves to our new wingnut overlords.

It might have been helpful if everyone had been a little bit more skeptical of the Know-Nothing neanderthals on the right for a long time now, but I see no reason to hold Obama completely responsible for reversing the damage. He's one of the major victims and while I wish he'd been tougher on the Republicans, I don't see how he could have personally fought back all this anti-black/Muslim commie nonsense that's been thrown his way. The press could have made a difference, but that ship sailed some time back.