Obama to GOP: Stop playing games with the economy

The president presses his attack on his partisan opposition, but holds off firing a big gun: Elizabeth Warren 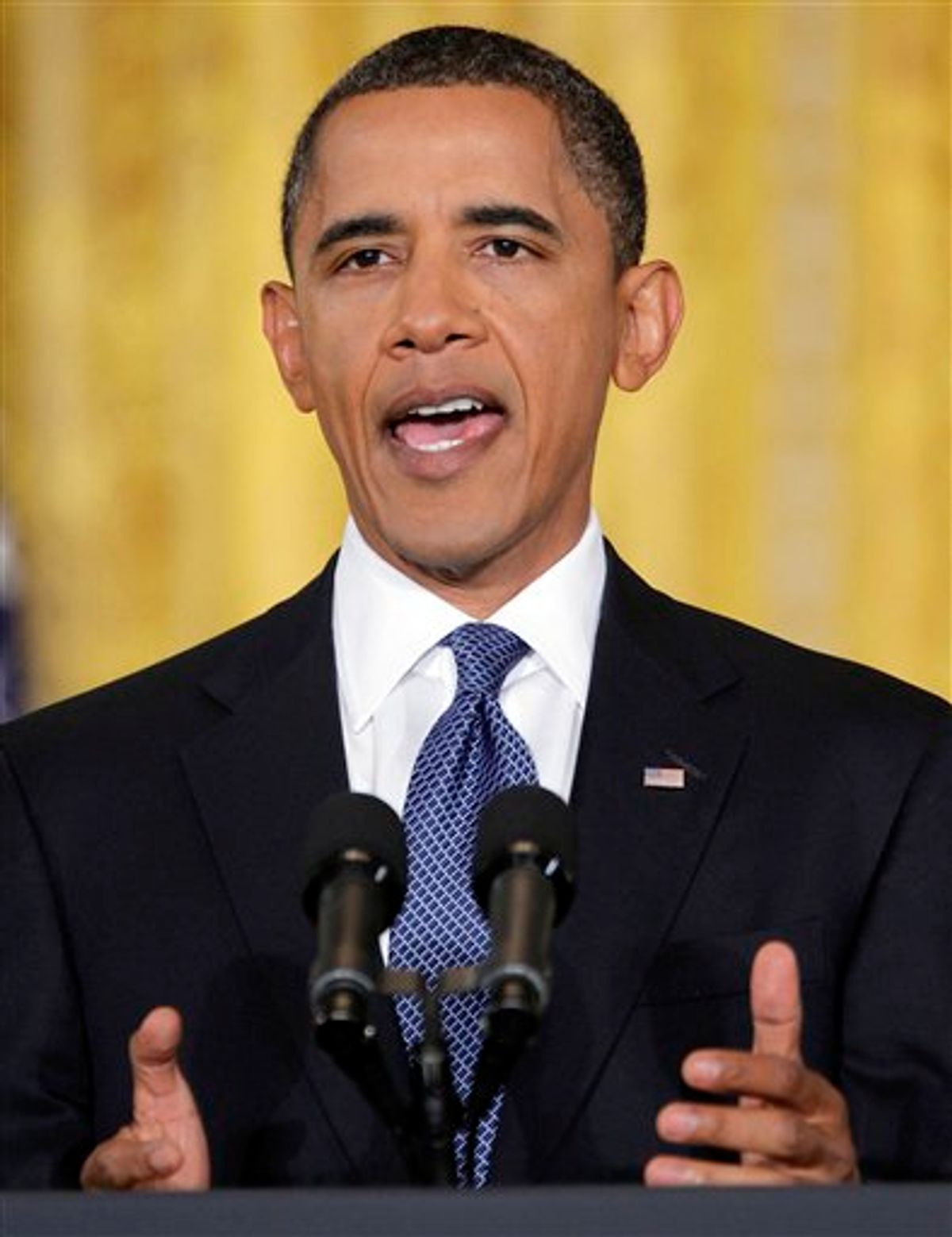 During his press conference Friday morning, President Obama had a golden opportunity to shake up Washington and give progressive Democrats a morale boost. A reporter asked him if Elizabeth Warren was still a top choice to run the Bureau for Consumer Financial Protection.

But he ducked the question and passed up the opportunity. He would only note that the Harvard lawyer was an old friend of his and that she was a tremendous advocate for middle-class Americans. He promised that he would have an announcement soon and that he had "had conversations with Elizabeth over the course of last couple months, but I'm not going to make an official announcement until I'm ready."

What is he waiting for? The entire theme of this press conference was to paint his Republican opposition as obstructionist. Throughout the week, Obama has substantially ramped up his rhetoric attacking the "partisan minority" blocking his administration's every move to help American families and get the economy going. But what better way could there be to dramatize that point than to nominate Warren and watch the GOP explode in obstreperous outrage. Because if he's trying to gin up Democratic enthusiasm by taking the fight to the Republicans, naming his longtime economic advisor, Austan Goolsbee, to replace outgoing Council of Economic Advisers chair Christina Romer is not going to do it. Goolsbee represents nothing more than complete continuity with his economic team as currently constituted. He's not going to get anybody running to the voting booth this November.

That's not to say Obama was completely ineffective in pursuing his larger goals during the press conference. Obama made it clear he is no longer interested in reaching across the aisle. He doubled down on his intention to end the Bush tax cuts for those earning more than $250,000 a year. He lambasted Republicans for holding up a small-business tax-break bill. He stressed at every opportunity how Republicans in the Senate were "playing legislative games" for purely political reasons. In that regard, when asked if he was worried that Warren might not get confirmed, he delivered a pretty good riff.

"I'm concerned about all Senate nominations these days. I've got people who are waiting for six months to get confirmed. Judges who are pending, people who are waiting to help us on critical issues like homeland security. A determined minority in the Senate is insisting on a 60-vote filibuster on every person we are trying to confirm, even for people who, after we break the filibuster we end up getting 90 votes. It's time to stop playing games."

Obama's plea is futile, of course, in the sense that Republicans certainly aren't going to change their strategy now. They will continue to block anything and everything they can.