News Corp. physically expands its definition of "ground zero" to include a quarter of lower Manhattan 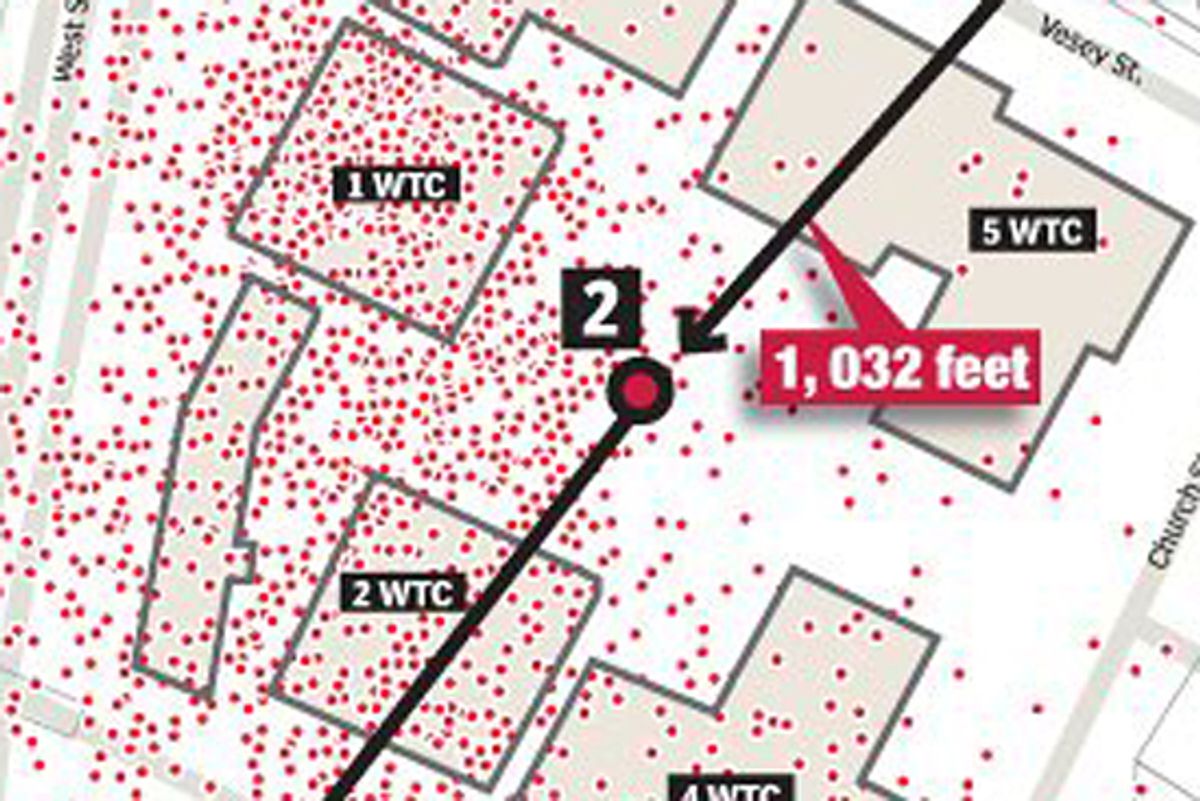 Thanks, News Corp., for not allowing good taste to stand in the way of your obsessive crusade against the construction of an Islamic community center in lower Manhattan near the site of the World Trade Center. Today's Post features a beautiful two-page spread arguing that Ground Zero includes basically everything south of Canal and east of Broadway. They illustrate the argument with a grotesque map of the locations of every place in the area where firefighters found human remains following the attack of 9/11. I am positive that Post editors were distraught to learn that no human remains were ever recovered at the Burlington Coat Factory building that may someday become the dreaded ground zero mosque (which is still not a mosque and still not at ground zero). But Post editors do helpfully note that remains were found a mere 348 feet away from the building in question, on top of the post office around the corner. (What if someone mails Qurans to the Ground Zero Mosque and they pick them up at that Ground Zero Post Office? Why won't they be more sensitive???)

The "news story" is accompanied by a fact-free essay by fabulist Amir Taheri, who actually claims (using his patented twisted, made-up history) that the Cordoba House will be a place for "raiders" to "train and prepare" for future 9/11s.

The Post says they "obtained" the map from the New York's fire department, although what they actually mean is that they clearly created the map, for the purposes of continuing their successful campaign against this Manhattan real estate project, based on data obtained from the FDNY.

And Fox & Friends picked it up this morning, crediting the Post while conveniently using a different, TV-ready map:

Our Fox and Friends hosts, too, were clearly wishing the map showed remains recovered from the Burlington Coat Factory site. They quoted Faisal Abdul Rauf thusly: "Look, the Imam said, this site is not Ground Zero proper, nobody's bodies were found a-- near that location."

The actual quote is: "This is not Ground Zero proper. No one's body is in that location." Which remains true!

Fox Nation was ready with a story about the map, including links to two different versions and the Post's map.

As the Awl's Choire Sicha neatly illustrates, once you attempt to expand the definition of "ground zero" to include everything in the area, you're calling bars and Goldman Sachs and, yes, the strip club sacred ground.