For decades, the state has pioneered the way to a green future. Now that narrative is in jeopardy at the ballot box 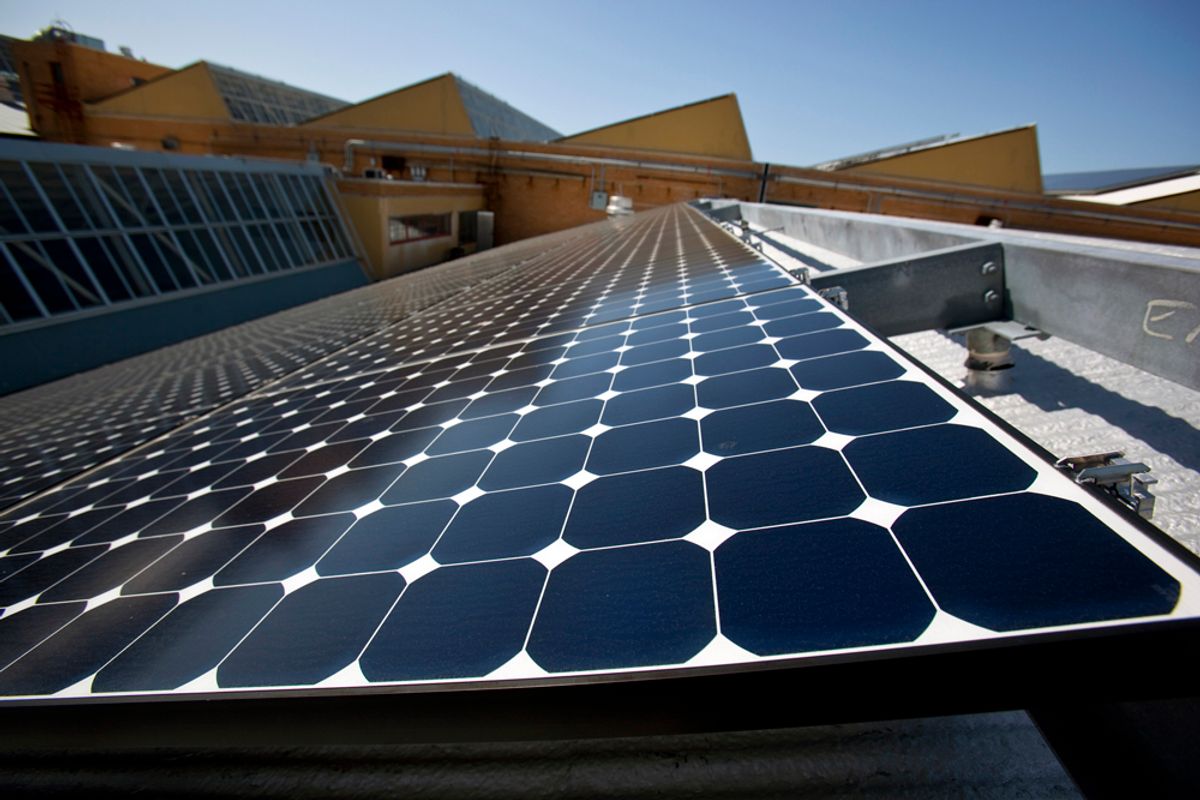 The fact that a report released by UC-Berkeley's Center for Law, Energy and the Environment would "slam" Proposition 23, the oil-industry-funded attempt to suspend California's climate change law, is hardly surprising. One of the authors of the study, California at the Crossroads: Proposition 23, AB 32, and Climate Change, is Berkeley professor Daniel Kammen, who helped former California Assemblymember Fran Pavley design AB 32, the landmark Global Warming Solutions Act of 2006. The day Governor Arnold Schwarzenegger signed the bill, Kammen commemorated the event in the San Francisco Chronicle, comparing its symbolic importance to the publication of Rachel Carson's "Silent Spring," the first Earth Day in 1970 and the passage of the Clean Air Act.

For people like Kammen, AB 32 was the culmination of years and years of work and struggle, and the prospect that a ballot initiative bankrolled by a couple of Texas petrochemical companies could bring everything crashing to a halt must be devastating. Indeed, if the report demonstrates anything, it is just how many moving parts are involved in the ongoing effort to cut California's global warming emissions 30 percent in 2020.

Proposition 23 would also deliver a body blow to the state's burgeoning cleantech sector, since it would throw into question California's renewable energy standard, which requires that 33 percent of the state's energy come from renewable sources by 2020, and which depends upon AB 32 for its authority. But interestingly, even though it is clear that gutting the renewable energy standard would lead to job losses in the renewable energy sector, the report does not make any claim about the net long-term effect Proposition 23 might have on California's labor market, going only so far as to say that "the indirect effects of Proposition 23 on employment, however, are disputed among economists."

Indeed they are. It is certainly not inconceivable that higher energy prices will have some kind of dampening effect on employment. Whether that will be compensated for by new jobs in the renewable energy sector is a very difficult thing to predict with any degree of certainty.

But what struck me most about the Berkeley report was its argument that suspending AB 32 would cripple state and national "momentum" towards the "transition to a clean energy economy."

Moreover, because California is known as a national policy leader, and because states do learn from and emulate one another, the suspension of AB 32 might raise doubt about other climate policy efforts being pursued at the federal, regional, state, and local levels.

Well, yeah. Isn't that kind of the point? The fossil fuel industry doesn't just want to stop progressive energy legislation in California, it wants to bring it to a screeching halt everywhere. The fascinating thing about the above declaration is that it works as both a reason to vote against Proposition 23, and to vote for it!

California's history as a pioneer in environmental legislation, energy efficiency, restrictions on automotive emissions, etc., goes back decades. Each new advance has built on previous efforts -- AB 32 is the jewel in the crown, so far. If Proposition 23 passes, it won't just mean a suspension of California's efforts to build a clean energy future, it will mean that voters have rejected a core state narrative. It's a big deal.