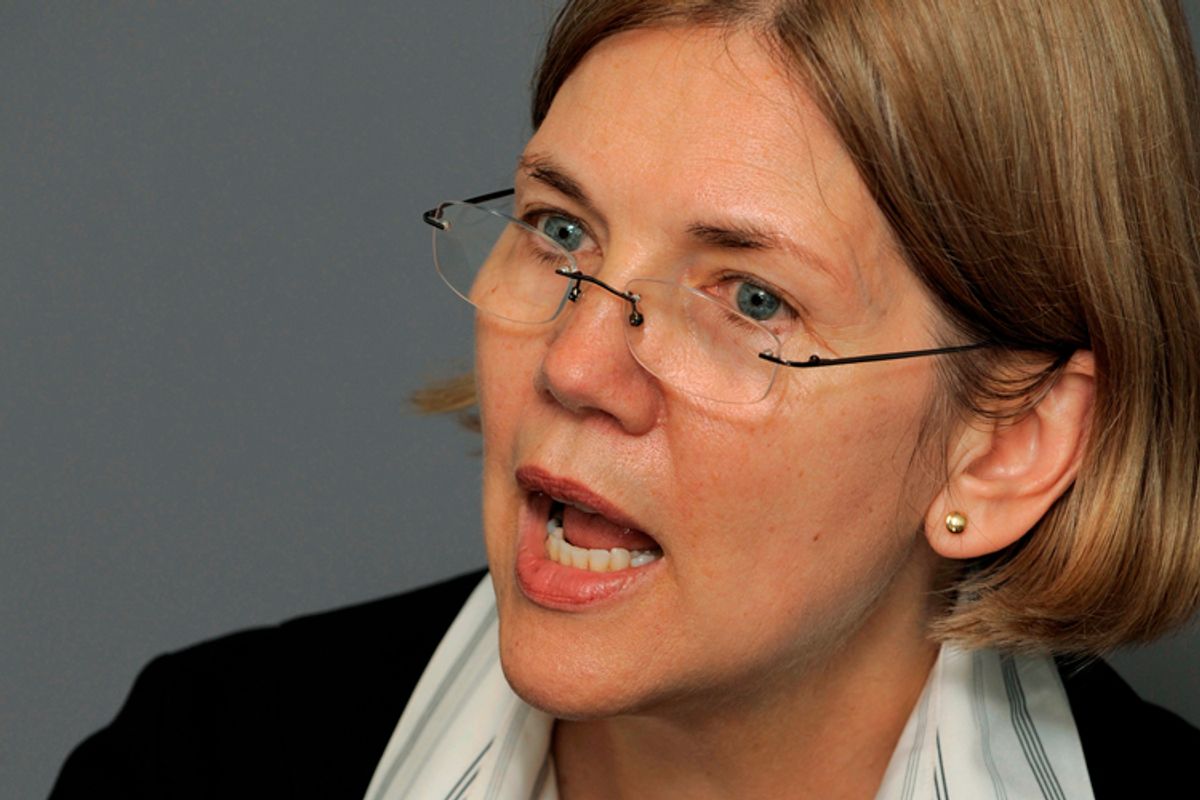 Under the Dodd-Frank regulatory reform law signed July 21, the Treasury Department has the power to appoint a temporary director of the new agency until a permanent one is nominated and confirmed.

By naming Warren interim head, the White House would sidestep -- for now -- a likely fight over her nomination. Obama can still choose to formally nominate Warren sometime next year, or select another candidate if she becomes too polarizing.

Way back in late July, the Huffington Post's Shahien Nasripour was the first to report on the provision in the Dodd-Frank law that could allow the Treasury Department to appoint whomever it liked as interim director of the CFBP without requiring either a "recess" appointment or Senate confirmation. Nasripour also reported that Treasury Secretary Tim Geithner was opposed to her nomination, however, so at the time there was good reason to wonder whether there was any chance the White House would pursue that route.

But since then, momentum, at least among progressives, has only grown in support of a Warren nomination, and many administration-watchers interpreted President Obama's warm comments about the consumer advocate in his press conference Friday as all but sealing the deal.

Back in July, Nasripour suggested that using the authority granted by Dodd-Franck would allow the White House to put Warren to work "without engendering the ill-will that would result from a recess appointment." That seems dubious, since either way, the obvious goal is the same -- to avoid a bruising and possibly unsuccessful confirmation point. But it is intriguing to see who American Banker's Cheyenne Hopkins rounded up to criticize the mere possibility that Obama would use his statutory power.

There's Mark Calabria, "a former Senate GOP aide and now director of financial regulations studies at the Cato Institute." Throughout the entire process during which bank reform was debated Calabria was steadfastly opposed to the notion that that we needed any more consumer financial protection to begin with. So of course he is going to frown upon the appointment -- by any means -- of someone who will be a potent enforcer of consumer protection protectors.

And then there's Judith Kennedy, president of the National Association of Affordable Housing Lenders, a Washington-based lobbying organization:

"I think an interim director who has not already been confirmed by the Senate carries the same baggage as a recess appointment," [said Judy Kennedy,]. It is "probably not a good way to start this agency."

A look at the Board of Directors of the NAAHL reveals a who's who of executives from Wall Street's biggest banks, many of whom might not be expected to welcome an aggressive defender of the public interest against the predations of irresponsible financial institutions.

Kennedy may be right -- if Warren is appointed without a Senate hearing, she will be bringing some baggage with her. But I don't think that's why her critics are nervous.