Why John Boehner caved on tax cuts for the wealthy 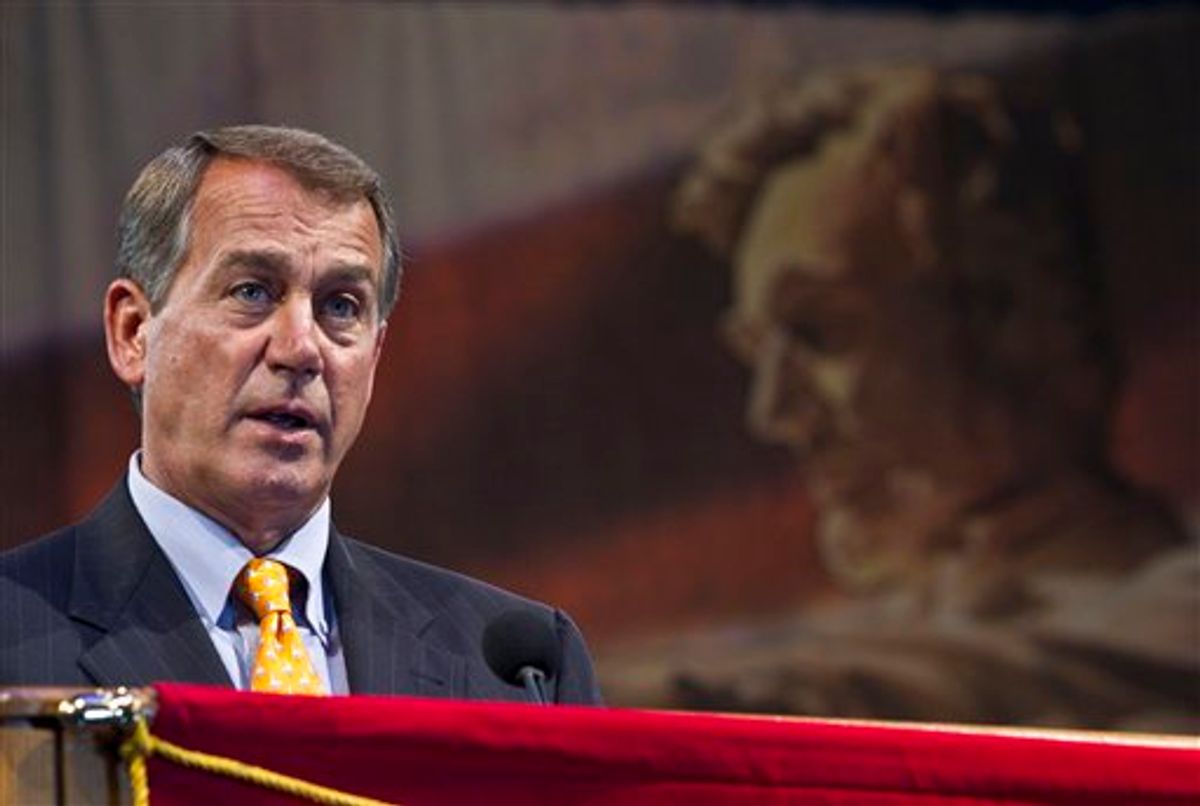 There are reasons to be suspicious of the big political news Monday morning -- House Minority Leader John Boehner's surprise concession that, if forced to, he would allow the Bush tax cuts on the wealthy to expire.

"If the only option I have is to vote for some of those tax reductions, I'll vote for them," Mr. Boehner said in an interview on "Face the Nation" on CBS, during which the host, Bob Schieffer, pointedly asked whether Republicans would hold the tax breaks for most Americans "hostage" to keep the lower rates for the wealthy.

First of all, no politician is going to endorse holding Americans "hostage" on a nationally televised public affairs show. But more important, as Times reporter David Herszenhorn points out, the House doesn't hold the cards in this game. It's all about the Senate. Since four Democratic senators and Connecticut independent Joe Lieberman have already expressed doubt about raising taxes on the wealthy, Senate Republicans are sitting in a very strong position. So Boehner can say whatever he wants, and theoretically neutralize Obama's recent push on the tax cut issue -- in which the president has relentlessly portrayed the Ohio Republican as Chief Apologist for the Rich.

But what about the Senate? Is Mitch McConnell really immune to the horrible politics of protecting tax cuts for the wealthy? If Obama wants to step up the tax cut pressure this week, all he needs to do is quote the lead paragraphs of a very oddly headlined Bloomberg News article out this morning, "Top Earners Lose Cost of BMW If Bush Tax Cuts Expire."

Wealthy Americans have the price of a BMW convertible riding on the outcome of the Congressional battle over tax cuts set to expire this year.

A BMW Z4 Roadster convertible, for example, has a starting price of $46,000, according to the website of the manufacturer, Bayerische Motoren Werke AG.

Bloomberg generally does a pretty careful job of steering clear from politics, but I find it hard to imagine a more forceful illustration of how keeping tax cuts for the wealthy is stupid politics than the framing of the issue in terms of whether the richest Americans will be able to splurge on a new BMW convertible. Americans might be endowed with some juicy inalienable rights -- life, liberty and the pursuit of happiness -- but I don't think riding to your summer home in Greenwich with the top down on your Roadster is one of them.