Tomorrow, voters will decide which GOP nominee for governor of the Empire State hates Muslims enough to win 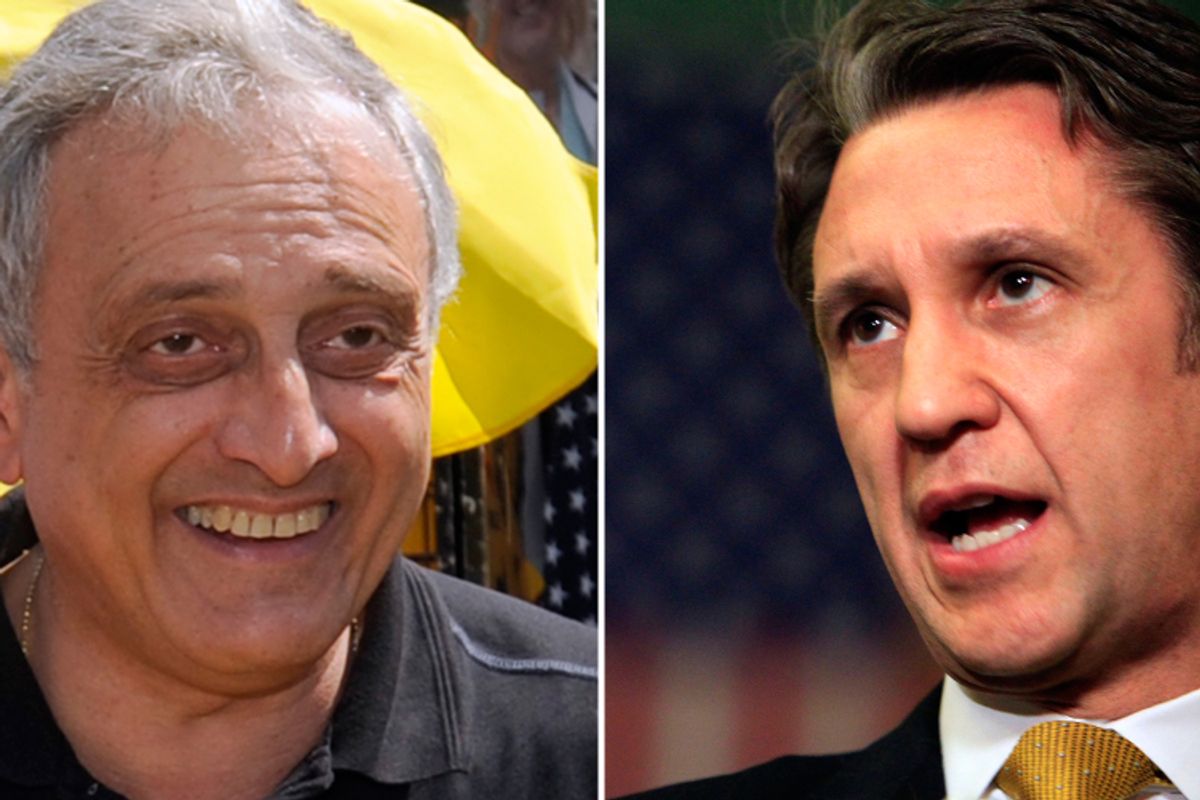 The race for the GOP nomination for governor of New York has been a weird, depressing affair, with longtime loser Rick Lazio running on a platform of intensely hating Muslims and blaming them, collectively, for 9/11 -- and he's the establishment candidate. His upstart "tea party" challenger, currently in a dead heat with Lazio in the polls, is millionaire Buffalo developer Carl Paladino, who is known primarily for finding blatantly racist emails hilarious enough to forward to all his friends.

New York's primaries are tomorrow, and despite invoking some of that 9/11 footage magic in a shockingly tasteless ad, Lazio may yet lose the chance to lose to Andrew Cuomo in November. (He is, depressingly, not the only one jumping on the 9/11 bandwagon.)

In a state paralyzed by a completely dysfunctional Democratic party-run legislature, Republicans across the state are primarily running on hating Islam -- though some also hate public employees and teachers. The Democrats are running mostly on hating the other Democrats -- especially the ones currently in Albany or Washington.

The race for the Attorney General nomination is a fight between Eric Schneiderman, the Times-endorsed liberal (who, in a car driven by Elena Kagan's niece, crashed into a reporter's parked car outside the studios of a local 24-hour news channel) and Kathleen Rice, the former front-runner tacitly endorsed by Cuomo, under fire for being a Republican until very recently. The attack ads are getting brutal.

(And some races are of purely local interest. Like the State Senate race between corrupt incumbent Pedro Espada -- whose spokesman waves away the fact that Espada doesn't live in his district, and whose campaign is nakedly buying votes with vague promises of jobs at his office -- and challenger Gustavo Rivera, who is, well, not Pedro Espada.)

A shockingly tiny number of voters are expected to head to the polls tomorrow, only to struggle with New York's horrible new federally mandated electronic ballots. There are no serious challenges to either of New York's sitting U.S. senators.