Firebomb armadillo eggs for the end of summer

When armadillos invade North Georgia and jalapenos take over my garden, I find a way to combine both 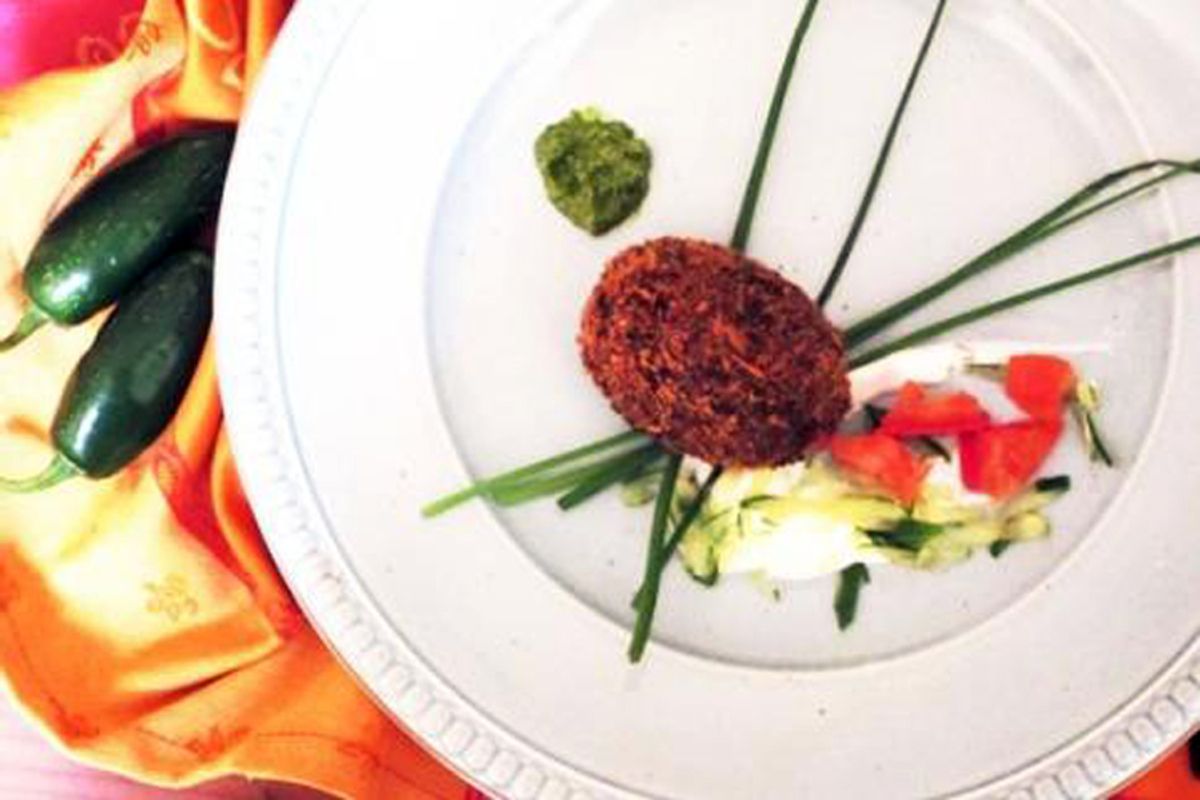 I have a gardener's love for the end of summer -- cooler days, fresher nights to enjoy the culinary riches we produced. But two things had me worried before I could relax and enjoy a flavorful salute to the end of summer. One was an in-my-face deal, the other more like a distant clap of thunder.

I'll start with the distant thunder thingy first. I found this headline while surfing the net:

Not everyone will find this story as unsettling as I did, but I never thought I'd have to worry about armadillos here in Georgia. Let me explain.

When I was a child in Louisiana armadillos were a fact of life. They did not get a lot of respect. Nicknames like "poor man's pig," "possum on the half-shell" and "Texas speed bump" do not arouse admiration. And, in truth, most of my experience with them was of the side-of-the-road variety. People laughed about armadillos.

But now I am an adult. Now I am a gardener. I do not laugh at armadillos anymore.

"Awww, the cute little armadillo," you say. "What have you got to worry about? They don't steal produce. They won't raid the garden like raccoons, deer, possums, squirrels and crows," you argue.

"They are peacable creatures, slow, nearsighted and nocturnal," you continue. "All they want is to gather bugs, grubs and worms that live in the ground. They don't want to hurt anything at all." You smile and bat your eyes and think you've convinced me we're merely dealing with a harmless little zoological oddball.

Then why does a yard or garden where armadillos forage look like the landscape version of swiss cheese? Because all they want is to use their steam shovel claws to dig like crazy anywhere a tasty bug, grub or worm might live, that's why. Like under the tomato plants, say, or along rows of corn. Or perhaps through your prize dahlias and petunias.

Destruction follows relentlessly in their nearsighted and nonviolent wake. If they notice at all, they probably only say, "Oops. Tee hee hee," like a well-meaning but bumbling Mr. Magoo. Meanwhile the garden appears to have been attacked by a lunatic with a posthole digger.

I haven't seen or heard of armadillos in Banks County so far, but I am watchful. Not that I have anything personal against the armadillo. Just not in my North Georgia garden. Please.

The next thing that's been on my mind is what to do with my garden's last burst of summer bounty -- an incendiary eruption of peppers. Not sweet red, yellow or green bells that I can stuff or chop into salads or freeze. Nope. I've got piles of scorchers from 8,000 to 50,000 on the Scoville scale. Jalapeños and cayennes, respectively.

The cayennes aren't the big problem. I can string some onto strands for colorful wreaths and dry the rest and whir them up into red pepper flakes for gift baskets. Lots of gift baskets.

It's those darn jalapeños.

Pretty, aren't they? But I found myself sitting on pounds of them, figuratively, that is. What to do?

Chipotles, those smoked jalapeños prized by Southwestern cooks, looked likely. But when research showed they require not hours but days, plus scads of special equipment ... well, the idea lost appeal.

I could pickle them, but somehow bringing out the canning stuff another time makes me feel a bit faint.

My solution, gentle readers and curious chefs? In a burst of colliding electrical brain impulses I came up with an idea. Wait for it:

Before you report me to the ASPCA, let me explain. Armadillos are mammals, remember? No eggs. I poked around quite a bit but never found who can take credit for these little firebombs. But some bright person, most likely in Texas, came up with the idea of a stuffed jalapeños wrapped in sausage to look like an egg.

Some folks eat them as appetizers, but that's way too many Scoville points for me, even stuffed with cream cheese. My version adds cilantro to the cream cheese and hides a sweet nugget of pineapple at the center. I think they go better nestled among the many cooler, saner side dishes at a brunch, with many glasses of the refreshing beverage of your choice.

DANGER!! WARNING!!! Take every precaution you can think of. These peppers are hot. Don't come crying to me if your eyes, nose, throat, lips or skin become irritated from handling these guys. I warned you. I use gloves, run a fan and still have to wash my hands about 50 times before all the heat disappears. Next time I make them I'll probably wear a mask.