How to write a TV show, sort of

From youthful plagiarist to HBO writer: Here's how we translate scattered big ideas into small-screen magic 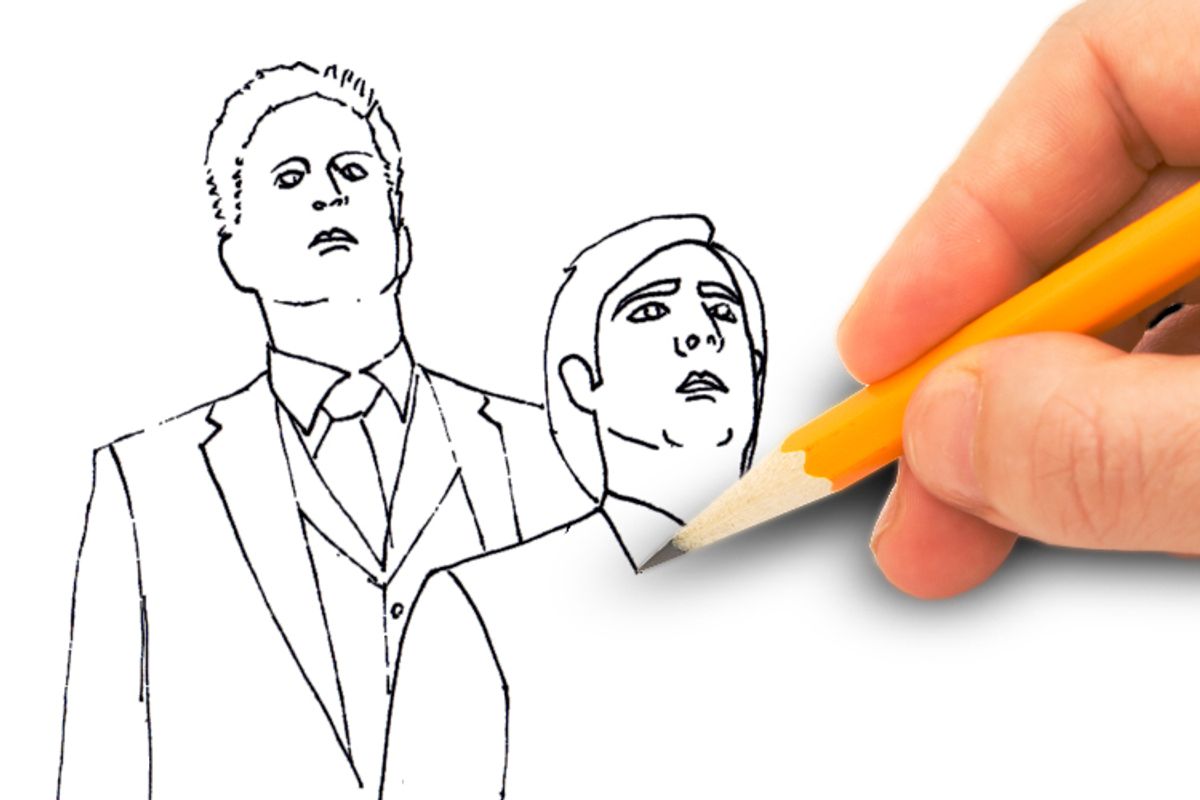 I've never been good at making things. I'm not mechanically inclined. My hands are tormented grasping instruments that struggle with the most basic motor functions. In kindergarten, it was noted on my report card that I was "poor with scissors." As I walk through a park, I often envy the dexterity of the common squirrel, who can grasp and fondle acorns with grace and ease.

But I do like to make up stories, which, though not very craft-oriented, is a form of making. In the first grade, I wrote my first tale -- it was about an astronaut stranded on the moon. Somehow he attaches an engine from his broken-down spaceship to a rock and flies home. In addition to the text, I provided cartoons. I've always liked to doodle. I can't handle a screwdriver but I'm not bad with a pencil. I then improved upon this classic bit of science fiction, many years later, during my sophomore year in high school, when I wrote a Kurt Vonnegut-inspired apocalyptic short story, titled "Keep Out of the Reach of Children." As a sign that I had a future in the arts, I lifted the ending from an Isaac Asimov story. I submitted this bit of fiction and plagiarism to my English class and received an A+. In college, I wrote a Hubert Selby-inspired homo-and-hetero-erotic novella, titled "I Pity I," which became my first novel "I Pass Like Night," published in 1989, and then I struggled for many years, nine to be exact, to put out a second book, due to various mental problems. Eventually, the mental problems troubled me less -- I became more adept at suppressing them -- and I produced seven more books. Along the way, I would also "make" vaudeville shows -- gathering musicians, magicians, dancers and writers, and staging odd performances at nightclubs in Manhattan. In my mind, I would pretend that I was a sophisticated impresario.

Then a few years ago, I started making a TV show called "Bored to Death," which is based on a David Goodis-inspired short story I wrote of the same title. And now, after all this written throat-clearing, which is a very dangerous thing to indulge in for a piece on the Internet, where things can't be too long, I can get to the point of this essay, which is how to make a TV show. Or, rather, how I make a TV show, and I should add that I only have two seasons of TV under my belt, but, anyway, this is how I make a TV show:

1. For two months or so, write down on various pads and scraps of paper numerous ideas for the show, and by ideas, I mean: images, bits of dialogue, character arcs, situations and locations. I use many different pads and notebooks because I'm terribly disorganized and never seem to have the last pad I used nearby.

2. Gather all these pads -- usually fearing that the notebook with the best ideas has been lost -- and type up everything as one big document.

3. Gather a team of four to five writers, present them with this document, and then lead a discussion of how to shape these ideas into discrete stories. This takes about two weeks and these basic story forms are called "capsules."

4. Once the general stories have been determined, a new discussion is begun -- breaking the stories down into specific outlines, scene by scene (our episodes will generally have about 15 to 18 scenes). This probably takes two to three weeks.

5. Taking the outlines, the writers and I break off to write the episodes. I write several and the writers write several. I then take the writers' drafts of episodes and do what is called my "pass." This takes about two to three months. Along the way, I receive "notes" (feedback and suggestions) from HBO and I do my best to accommodate its wishes.

6. As the scripts are being finished, schedules for shooting begin, casting starts, sets are built, locations are found, costuming is discussed. I have dozens of very talented people working with me in an endless variety of departments.

7. Shooting begins. A typical workday is 14 hours. I sit at the monitor with the director and watch the actors perform. There is almost no rehearsal for the actors. They have to be ready to go. The first few takes are essentially our rehearsal, and the crew is like a benevolent artistic army. Each department -- props, cameras, lighting, etc. -- has its own hierarchy and power structure.

8. Each episode takes six days to shoot. Once an episode is done, we immediately begin to shoot the next one, and while shooting that one, I begin to work with the editors on what has just been shot, while also casting and preparing for the other episodes down the line. At the height of the season, we are working on all the episodes at once, each of them in a different embryonic state of development. This whole shooting process (creating a total of eight episodes) takes about two-and-a-half months.

9. Once the shooting is done, "post" begins -- the final bits of editing, music, sound, special effects, color correction and so forth. This takes about two months, and the whole process from jotting down ideas with crazed handwriting to listening to just the right level of a car honk (sound editing comes last) is about nine months, which has obvious birth significance.

10. The final tasks are approving the various promos and marketing campaigns, as well as doing press for the show. So that's about it. I think it's pretty good that I broke it down to a 10-step process. Ten, being the number of fingers we possess, is always a good figure, even if one's hands aren't much good for anything, except for chin-stroking, typing and doodling. I should add that every step of the way there is a maddening and stressful fear of failure, but since making a TV show is such a collaborative art, there's also a great deal of camaraderie and holding onto each other for dear life.

Anyway, over the last few years, I've never quite gotten a break from "Bored to Death," but I don't mind. The world is completely mad and careening and hurting itself more than it is helping itself, and so I feel privileged to be afforded the opportunity to try to entertain people, to be a clown, and to simply make something. Or, rather, make something up.

Jonathan Ames is the creator of HBO's "Bored to Death," which begins its second season on September 26th. His most recent book is "The Double Life Is Twice As Good: Essays and Fiction" (2009).