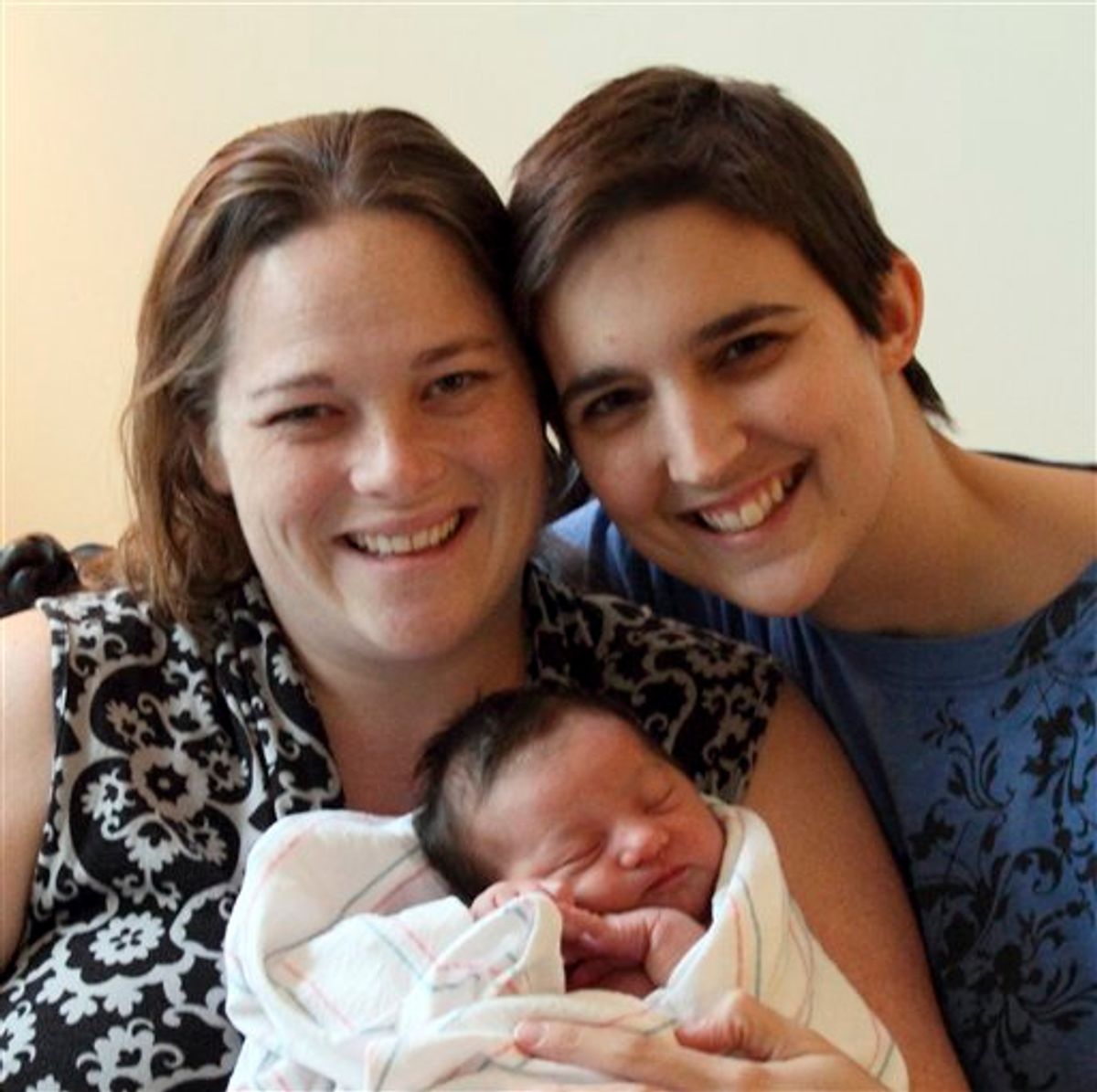 This undated photo provided by Heather Kraft shows, from left to right, Heather, baby Esther Kraft and Kathryn Kraft of Newton, Mass. Heather and Kathryn had a church wedding five years ago in white gowns and 10 bridesmaids after obtaining a marriage license under their state's gay marriage law. The couple chose to use Kathryn's Kraft as their last name and Heather's Cole as the middle name for the entire family. (AP Photo/Heather Kraft) NO SALES (AP)
--

For once, I come bearing good news: A strong majority of Americans now view married same-sex partners as families. Better still, most consider an unwed gay or lesbian couple with children to be a family, too. There's also an increasing willingness to see homosexuality as a natural, inborn trait, reports the New York Times. These encouraging stats comes from a survey included in the new book, "Counted Out: Same-Sex Relations and Americans' Definitions of Family."

I wish I could leave it at that. I was so genuinely excited for this to be a rare early-morning post that brings cheer instead of gloom. But, see, then I came across the Associated Press' coverage of the study, with included this minor detail: "There's a solid core resisting this trend who are more willing to include pets in their definition than same-sex partners." It's a solid core of 30 percent. In an interview with the AP, lead researcher Brian Powell was understated in his assessment of this stat, "The sheer idea that gay couples are given less status than pets should give us pause" -- or, you know, reason to take action.