D.C. Mayor Fenty loses, but could still run as a Republican

If the District's slim Republican minority had its way, Washington's unpopular mayor would get another term 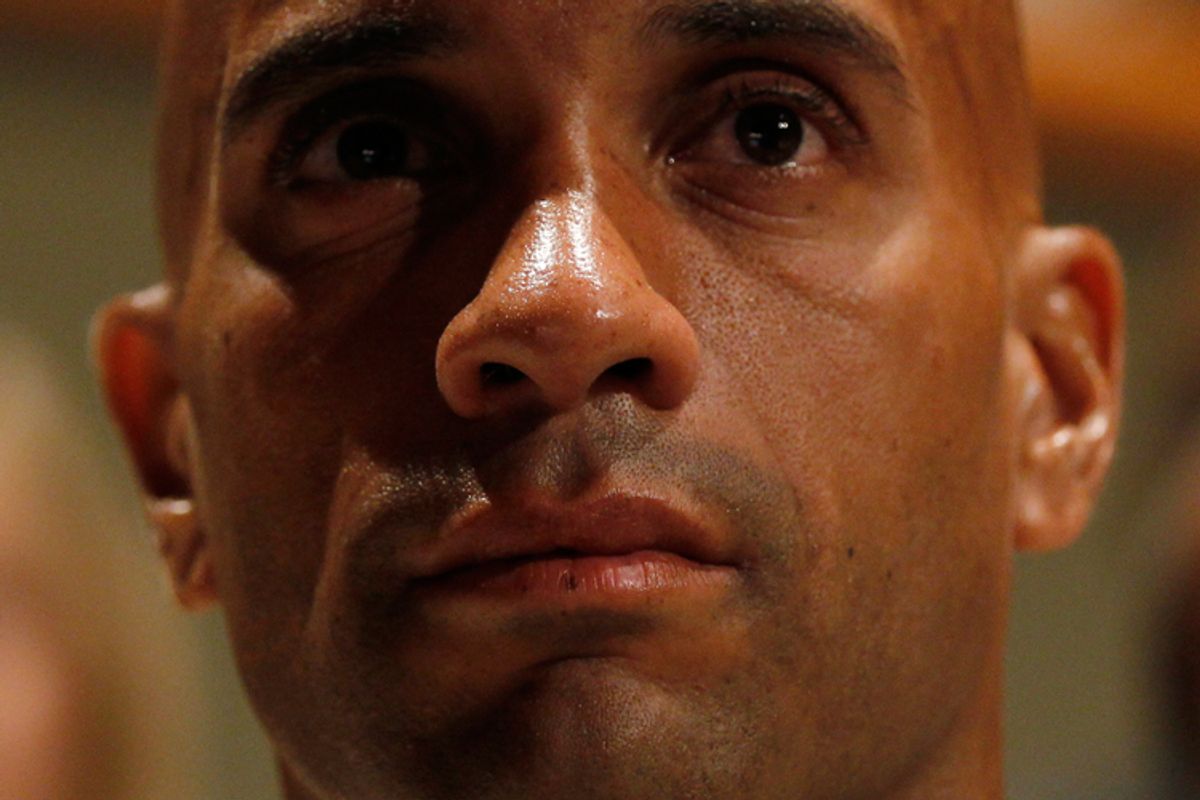 Washington, D.C., Mayor Adrian Fenty lost his reelection bid to city council Chairman Vincent Grey yesterday. Fenty ran a horrible campaign, was universally acknowledged to be a jerk, shut out the local press for years, and was increasingly resented by a majority of D.C. residents. His last constituency: the largely white, largely comfortable people who have moved to D.C. in the last couple of years. But that is a minority of the city's population, which is largely black, and much less economically secure.

Neither candidate seriously talked about poverty, but the fact that unemployment and homelessness and poverty all rose during Fenty's term obviously hurt him.

But is there still hope for Fenty, favorite of school reform supporters and New Republic policy wonks? There are 29,000 registered Republicans in D.C., a fraction of the fraction of the electorate that isn't registered Democratic. I have no idea why you would ever register as a Republican in D.C., unless your principles outweigh your desire to have any say in the democratic process, but there was word that Republicans were quietly pushing for a write-in campaign to get Fenty on the ballot in November.

The GOP had no mayoral candidates, but the D.C. board of elections counts 1,275 votes for a write-in candidate on the Republican ticket. Even assuming that a hefty percentage of those votes are for Sarah Palin, Chris Cooley and Geert Wilders, I think all that stands in the way of Fenty and a place on the November ballot is his willingness to accept a Republican nomination. And then he can lose twice, for his failed attempt to import Michael Bloomberg's cold, technocratic style of governance -- along with Bloomberg's indifference toward the homeless and working poor -- to Washington, D.C.