"Everyone's taxes will go up" if Republicans keep playing games, says the president. Is anyone listening? 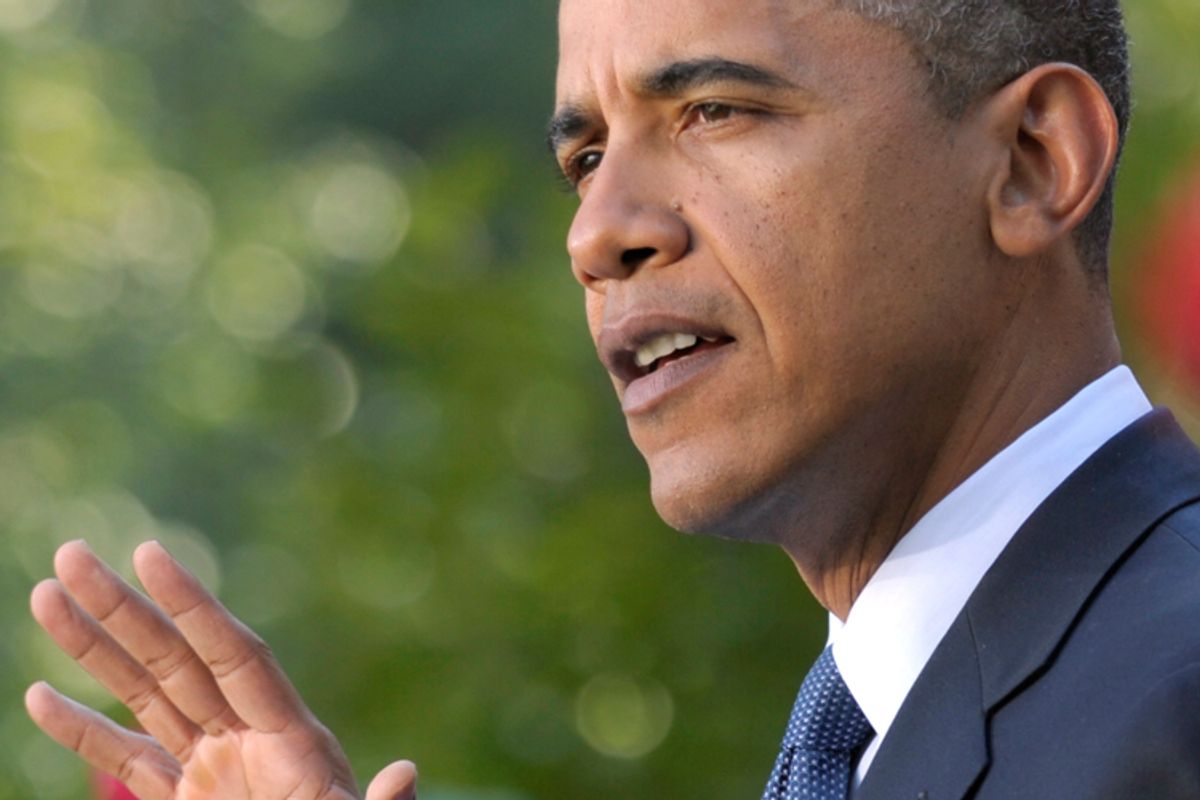 President Obama speaks about the economy on Wednesday.
--

While Democrats in the Senate and the House dither about whether to hold a vote on extending tax cuts for the middle class, President Obama is keeping the pressure on. On Wednesday afternoon, he spoke to the White House press for about 10 minutes, and his message was simple.

"Right now, we could decide to extend tax relief for the middle class. But once again, the leaders across the aisle are saying no. They want to hold these middle class tax cuts hostage."

Obama reiterated the talking points he has been pushing for the last two weeks. Borrowing $700 billion to pay for a tax cut for "millionaires and billionaires" doesn't make any sense, especially when one considers the evidence that the wealthy are far more likely to save than spend their tax cuts, thus providing very little stimulus to the economy. The cost-benefit analysis just doesn't work..

He also delivered a not-so-veiled threat, warning that without action, all the Bush tax cuts will expire.

"If we can't get an agreement with the Republicans that's what will happen. Everyone's taxes will go up. "

It is well nigh inconceivable that Congress would allow that to happen, however, which leaves the basic realpolitik of the tax cut situation unchanged. The Senate Republicans seem unlikely to budge, while Democratic resolve, regardless of how firm the president appears to be, is highly suspect. What happens when push comes to shove? What will Obama do if Congress patches together some kind of compromise, such as only ending tax cuts for Americans earning more than $1 million a year, instead of $250,000, or extending the tax cuts for the wealthy for just one or two more years?

The president took no questions after delivering his comments. But as he walked away, the reporters hurled questions after him like grenades. One reporter asked, twice, "If Congress presents you with an extension of all the tax cuts, will you veto it?"

The president did not answer.

If he wanted to make a threat with teeth, maybe he should.