What the mosque meant to Paladino's success 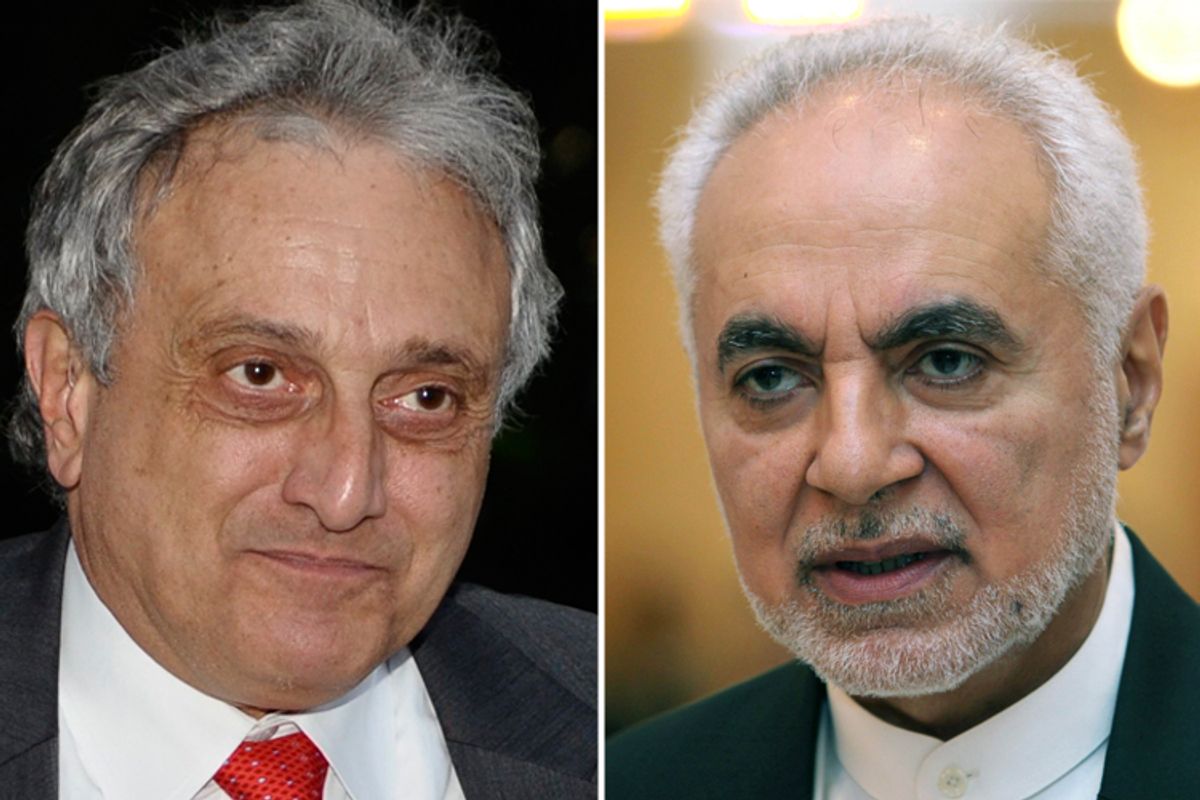 Buffalo millionaire Carl Paladino's decisive victory over former Congressman Rick Lazio in the New York Republican gubernatorial primary Tuesday has been taken by several observers, including Laura Rozen and Maggie Haberman at Politico, as evidence that Lazio's intense focus on the "ground zero mosque" issue was a failure.

And that seems indisputable: Lazio spent the last couple months of his campaign talking almost exclusively about the mosque, denouncing the Park51 project and demanding investigations into the Muslims behind it. He still lost.

Lazio's loss does not prove, however, the Park51 issue was unimportant to GOP voters. Paladino actually took a more extreme anti-mosque position than Lazio -- and, like his opponent, hit on the issue ad nauseum.

Let's go to the tape.

First, check out this ad, in which Paladino promises to use eminent domain to block what he calls "a monument to those who attacked our country":

That ad aired in August in every market in the state, reportedly supported by a mid-six figure buy. He ran a similar radio ad calling for the proposed Park51 site to be made into a "war memorial."

The mosque is listed at the very top of the Issues page on Paladino's website. He easily went toe to toe with Lazio in his rhetoric about the sanctity of ground zero:

Carl believes Ground Zero is much larger than the footprint of the Twin Towers. In fact, Ground Zero is the entire lower Manhattan district where the dust cloud fell. That cloud contained the remains of the many men and women murdered.

Carl doesn't view this as a religious issue. He sees it as all about ideology - an ideology of hate bent on the destruction of America.

Here's a campaign picture of Paladino caressing a pillar at the old Burlington Coat Factory that is the proposed site of Park51. Here he is comparing Lazio to the nefarious mosque organizers.

And here's Paladino explaining to a reporter what he thinks of Muslims:

Reporter: That we should be looking over our shoulders thinking that Muslims are trying to take over.

Reporter: You want to teach that to our children?

Paladino: Yes, because that’s the real world out there, and that’s what our troops are fighting for and dying for in those two wars.

And finally here is Paladino on MSNBC staking out his ground on the mosque.