What you need to know about the Tea Party Express

Who, exactly, is behind the powerful group that brought you Christine O'Donnell, Sharron Angle and Joe Miller? 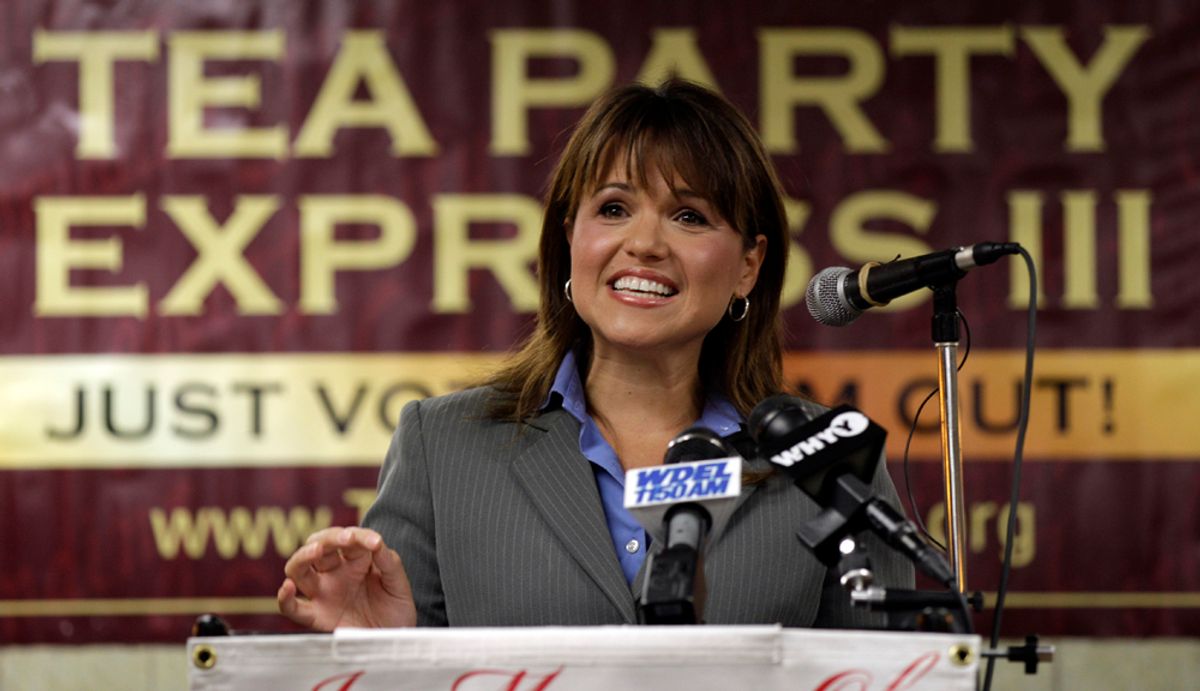 -- Rep. Mike Castle, R-Del., to the Washington Post on Monday

Even if she goes down to defeat in November, the stunning victory of Tea Party candidate Christine O'Donnell in Tuesday's Delaware Republican Senate primary has solidified the status of the California-based Tea Party Express as one of the most important forces in today's Republican Party.

O'Donnell's unlikely triumph over longtime Rep. Mike Castle capped an extraordinary roll for the Tea Party Express. With its well-placed infusions of advertising spending and organizing moxie, the group was a decisive factor in pushing Tea Partier Joe Miller to victory in Alaska over incumbent Sen. Lisa Murkowski last month, and also played important roles in the election of Scott Brown in Massachusetts in January and Sharron Angle's win in Nevada's May GOP primary.

Given the kingmaker (and queenmaker) role it now plays, it's hard to believe the Tea Party Express wasn't even in existence 18 months ago. Based in Sacramento, TPE was launched in summer 2009 as a project of a political action committee, called the Our Country Deserves Better PAC, that is run by a few longtime Republican operatives. TPE began as a cross-country bus tour.

Nationally, TPE's best-known face is Mark Williams, the radio host who was widely denounced this summer for writing a satiric letter in praise of slavery in the voice of "colored people" (he is no longer with TPE).

But the brains behind the operation are a few lesser-known figures:

TPE Chairwoman Amy Kremer, reached by phone at an O'Donnell sign-holding event in Delaware Tuesday, told Salon that while she and others are new to political activism, "we have been successful because Sal Russo is very knowledgeable. He's been involved in politics for a long time and he knows what he's doing. If it were not for his and Joe Wierzbicki's leadership, we would not be where we are."

The source of financial strength for TPE and Our Country Deserves Better PAC is an e-mail list of more than 400,000 reliable conservative donors, Kremer said. The group has raised over $5 million this cycle in small donations (which are capped at $5,000 for PACs).

The PAC sunk nearly $600,000 into promoting Joe Miller and pledged to spend $250,000 for O'Donnell (final numbers are not out yet). Much of the money is going to Russo's consulting firm, which handles everything from paying bus drivers, to making media buys, to strategic consulting, according to filings with the Federal Election Commission. The leading role of GOP operatives like Russo in Tea Party Express has been the subject of intense criticism from competing Tea Party groups.

Zachary Roth at TPMmuckraker reported that in the period between July and November 2009, more than 75 percent of the money spent by the PAC -- or about $1 million out of $1.3 million spent -- went to Russo, Marsh or King Media Group, which has close ties to Russo.

Russo told Salon late Tuesday night that his firm does not make any money off its work for Tea Party Express.

"We do this out of a labor of love," he said. "We don't make any profits on this thing. We cover our expenses, and that's it."

Asked about reports that the National Republican Senatorial Committee will not put any money into O'Donnell's campaign in Delaware, Russo was dismissive.

"It would be so stupid. We have our problems with the establishment in Washington, no question about it. [But] I think they're reasonably competent. ... For them to prejudge something when the race hasn't developed yet, it makes no sense."