Oil companies cower before the Terminator 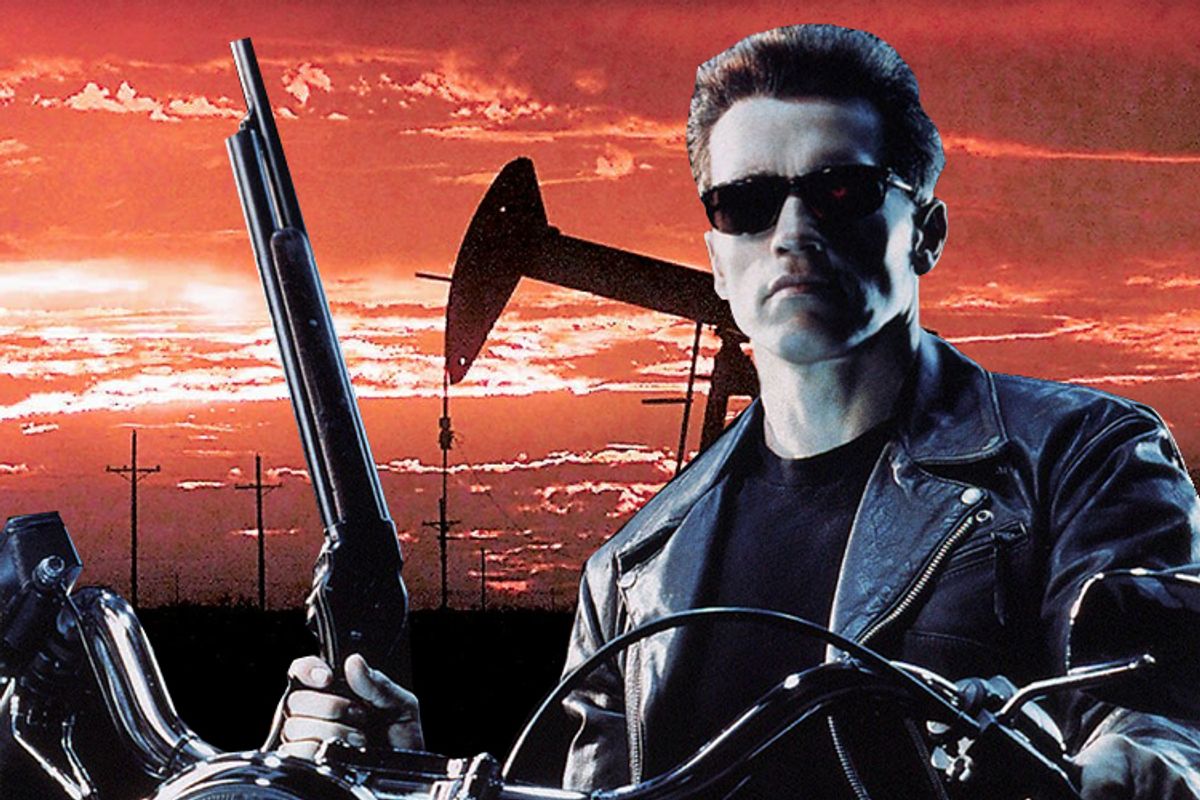 The New York Times' Adam Nagourney got his hot hands on a fundraising e-mail that draws the fight over Proposition 23 in California in the starkest possible terms.

One on side, "environmental zealots" led by the Dark Lord himself, Arnold Schwarzenneger. On the other, the beleaguered oil companies, at risk of vanishing from the earth entirely!

Prop. 23 is the California ballot initiative that aims to suspend California's pioneering Global Warming Solutions Act -- AB 32. To suggest that the oil companies abhor it is akin to saying that Sarah Connor has a problem with robots. Die! Die! AB 32 must die!

Some excerpts from the memo, sent Tuesday morning by Charles T. Drevna, the president of the National Petrochemical Refiners Association:

"We've raised about $6 million so far, but unfortunately in California's expensive media market this is not enough to win the fight against environmental zealots led by Gov. Arnold Schwarzenegger, who seems hell-bent on becoming the real-life Terminator of our industry."

Translation: All the money we've spent so far hasn't budged voters yet.

"Unfortunately, Proposition 23 is not just a California issue," he said. "A defeat for Proposition 23 in California could energize environmental fanatics around the country and in Washington to match California's destructive policies with their own versions of AB32. At that point, our industry might find itself in the position of the Titanic facing the iceberg -- headed for disaster without time to alter course."

An interesting choice of metaphors, Mr. Drevna! Because those environmental zealots you so despise are convinced of the very same thing -- that if we don't act now to reduce greenhouse gas emissions, we will be "headed for disaster without time to change course."

As a side note: Terminator ... Titanic ... If Drevna could only have worked in an "Avatar" reference (which really shouldn't be too hard -- I can tell you for certain that Berkeley is packed to the gills with nature-loving blue-skinned giants) he'd have had a James Cameron triple play!