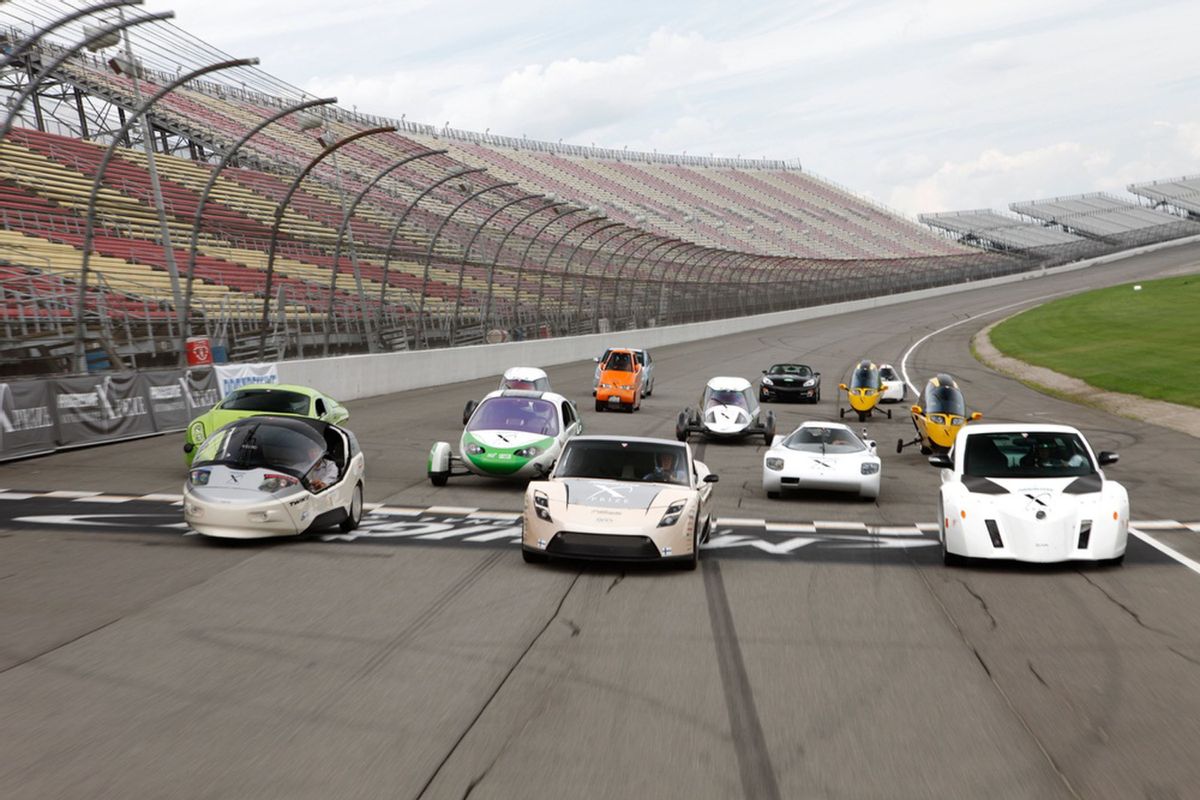 The average fuel economy of a car sold in the United States is 22.5 mpg, but a team in Virginia just built a production-ready vehicle that gets five times that number. The Edison2 Very Light Car is one of three winners of the Progressive Automotive X Prize, which offered a $10 million pot to anyone who could build a car achieving 100 mpg or more. Until now, a 100 mpg car was an idea restricted mostly to designer sketchpads and Sierra Club meetings. Heck, the most fuel efficient car in America achieves an average of only 50 mpg. It's amazing what a little cash money will do to inspire engineers.

The Los Angeles Times profiles the winning entries, while the New York Times looks at why some entries lost. The blog Muckety is disappointed by the Very Light Car, which won using a conventional combo of featherweight materials and an internal-combustion engine, instead of an electric powerplant. To put that into English, it's the same reason why a Honda CRX HF from 20 years ago gets nearly identical mileage to a Prius. Hey, that's the price you pay for airbags and power seats. Consumer Reports profiles the finals phase of the X Prize below.