High-speed or transcontinental, Gold Rush or 21st century: When the Golden State needs trains, it looks to the West 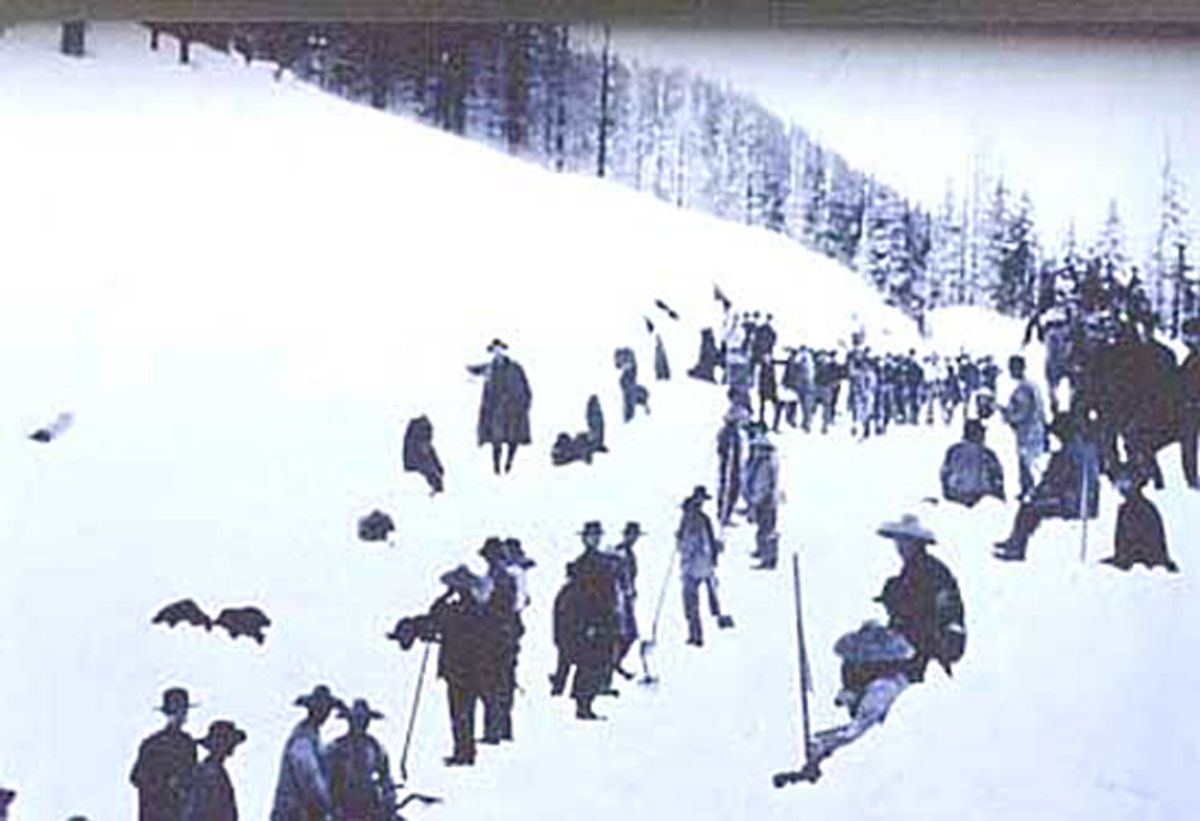 A tale of changing competitive advantage.

China can offer "a complete package," including financing, as it competes to build a high-speed railway in California costing more than $40 billion, according to the nation's railway ministry.

"It was contemplated to extend the [California Central Railroad] to Marysville without any unnecessary delay.... [The contractors] resorted to hiring Chinamen to fill the places of those who left [for the gold fields of the Fraser River]; the result is that they now have some fifty Chinamen employed, and they find them very good working hands. They do not work as rapidly as the white men, but they keep constantly at it from sunrise until sunset. The experiment bids fair to demonstrate that Chinese laborers can be profitably employed in grading railroads in California... ."

"The deal would be of great symbolic significance to China as it allows the nation to export technological knowhow to a country as developed as the U.S.," said Wang Sheng, an analyst at Shenyin Wanguo Securities Co. from Shanghai. "China is fully able to afford the financing."

From the "Report of the Chief Engineer upon Recent Surveys and Progress of Construction of the Central Pacific Railroad of California." December, 1865":

It became apparent early in the season, that the amount of labor likely to be required during the summer could only he supplied by the employment of the Chinese element, of our population. Some distrust was at first felt regarding the capacity of this class for the service required, but the experiment has proved eminently successful. They are faithful and industrious, and under proper supervision, soon become skillful in the performance of their duties. Many of them are becoming very expert in drilling, blasting, and other departments of rock work.

China's He said the nation's competitive advantage in the California rail project include trains that travel 350 kph (217 mph) and experience from building a 6,920 kilometer high-speed rail network, the world's longest.

China will have twice as much high-speed rail track as the rest of the world combined by 2014 under a 2 trillion yuan ($297 billion) nationwide construction project.

From a "History of the Chinese in California":

As Crocker's army progressed into the High Sierras, progress slowed. One year later, the railroad only reached Cisco on the western slope. Snow overtook the Central Pacific crews in December of 1866. That winter was one of the most severe on record. But Crocker ordered the workers to start tunneling Donner Summit.

The Chinese lived practically entirely out of sight of the sky that winter, their shacks largely buried in snow. They dug chimneys and air shafts and lived by lantern light. They tunneled their way from the camps to the portal of the tunnel to work long, underground shifts. A remarkable labyrinth developed under the snow. The corridors in some cases were wide enough to allow two-horse sleds to move through freely, and were as much as 200 feet long. Through them, workmen traveled back and forth, digging, blasting and removing the rubble.

Loss of life was heavy. Snow slides were frequent. On December 25, 1866, the Dutch Flat Enquirer reported that "a gang of Chinamen employed by the railroad were covered up by a snow slide and 4 or 5 died before they could be exhumed....

Some people might find it embarrassing that the world's premier superpower needs Chinese help to build a high-speed railroad connecting San Francisco and Los Angeles. But How the World Works feels a lot happier taking Chinese financing and know-how instead of human lives.

California China How The World Works