If it's Thursday, Post columnist David Ignatius is making an argument for moderate centrism 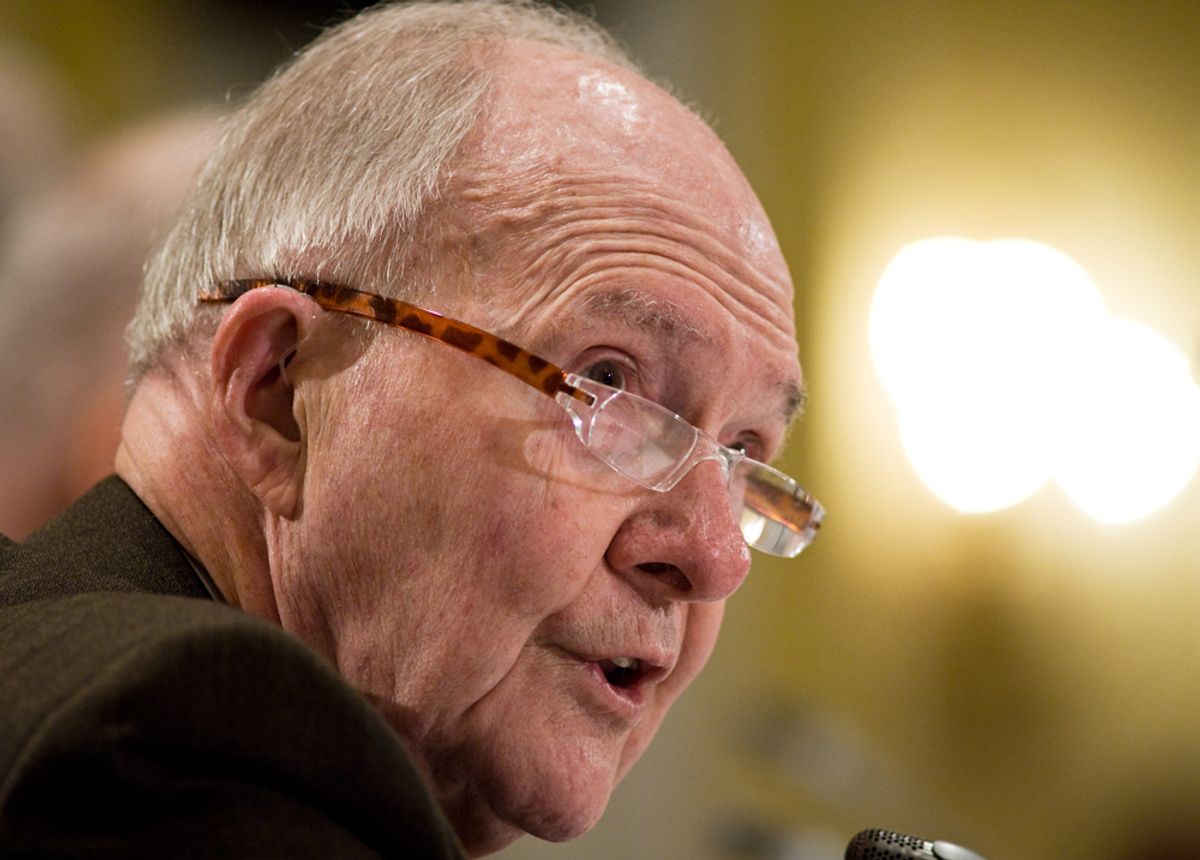 Here is where we learn that Lee Hamilton is real and authentic and good and decent because he is from the midwest and he has a crewcut:

Hamilton still manages to look like someone from the middle of America, even after all these years inside the satanic Beltway. He leans back in his chair and stretches his gangly legs out as if he's sitting on a porch back home. And then there's that trademark crew cut, which bespeaks an America when haircuts were cheaper and blow dryers weren't a politician's best friend.

Ignatius is the son of a former Secretary of the Navy and Washington Post Company executive. He was raised in DC and attended St. Albans. He hates the toxic culture of Washington.

Here is a wonderful sentence:

The problem with politics today, says Hamilton, isn't just that it's partisan -- the reigning ideologues when he arrived in Washington, Hubert Humphrey and Barry Goldwater, were partisan, too -- but that it has become "mean-spirited" and bitter."

There is a bit of a hint that Hamilton's problem is not so much with mean-spiritedness as it is with the insane amounts of corporate money spent on defining the terms of debate (Ignatius refers to this as "interest groups," neatly conflating the influence of international agribusiness mega-conglomerates with, like, PETA). But Hamilton also thinks that the solution to this horrible partisanship is simple: Compromise.

Looking back on the health-care debate, Hamilton said, it's clear that there wasn't yet consensus on a reform package -- and "you don't have a solution to a problem in this country unless you have a consensus." He faults Obama, too, for not yet finding a pastorly voice that could unite Americans in crisis. "Obama is still reaching for that," he said.

Just as Hamilton's colleagues in Congress had a consensus when they voted to create Medicare, the public health care program that the American Medical Association bitterly, mean-spiritedly fought tooth-and-nail to kill.

But our beef is not with a centrist old man wishing for a world of more honorable centrist men like him to lead us to enlightenment. It is with Ignatius, the man who worships this bullshit.

David Ignatius just may be the biggest centrist fetishist in the entire Washington Post op-ed section -- which, frankly, is an astounding feat. Who can forget his stirring 2006 demand that Donald Rumsfeld resign -- and be replaced by Joe Lieberman or John McCain? (Ignatius was still riding the Straight Talk Express well into the end of the decade.)

Recently, Ignatius argued that Europe should have its own Tea Party, to teach them to be "fiscally responsible." (Another benefit of a European Tea Party: They'd probably help out with the crackdown on Gypsies.)

Nothing -- nothing! -- thrills a man like Ignatius more than the prospect of a Democratic president regretfully having to "disappoint some liberal supporters," for the good of the nation. (It is even more exciting than when a Senator bucks his party.)

There's nothing men like Ignatius love more than old, white politicians from Washington who hate Washington, and politics. There's nothing they hate more than American representative democracy, which they refer to as "partisanship." They would much prefer an enlightened council of elders, led by Chucks Hagel and Grassley.