Harvard slaps Peretz on the wrist, will honor him anyway 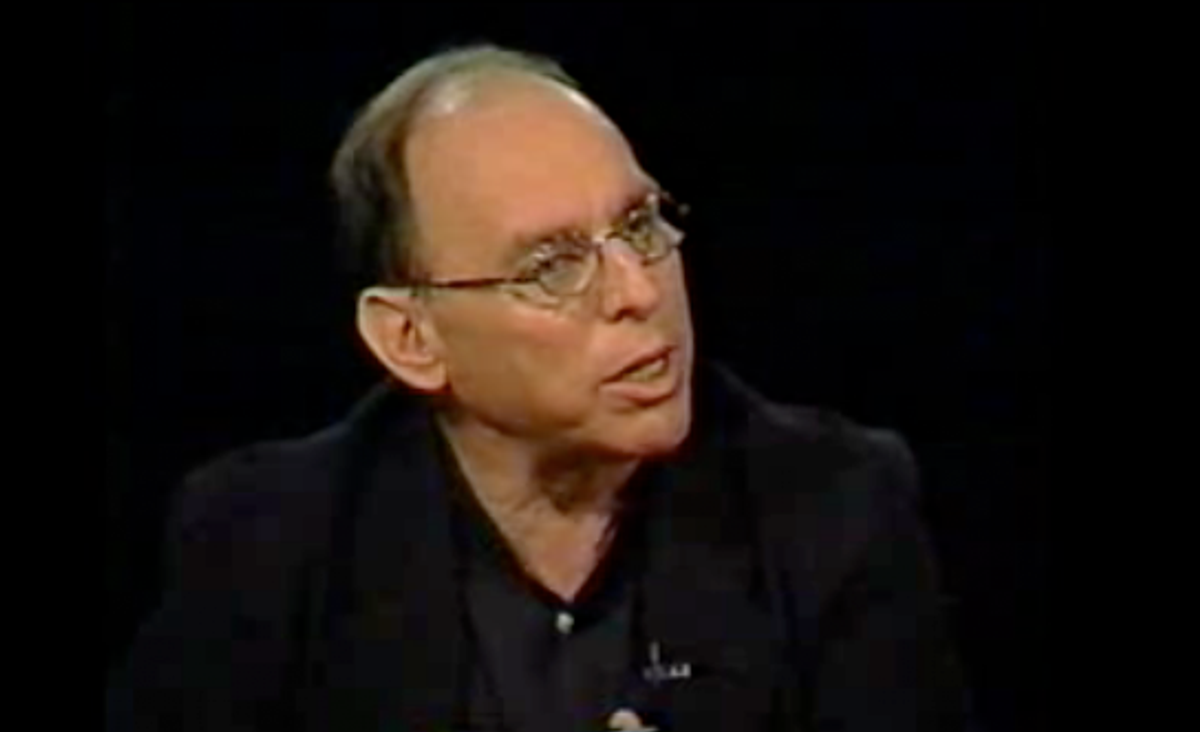 Harvard University is going forward with an undergraduate research fund named in honor of New Republic owner and former Harvard teacher Marty Peretz even after Peretz made recent statements about Muslims that were widely criticized as bigoted.

But in an unusual move, the school has issued an official statement calling Peretz's recent comments "distressing to many members of our community, and understandably so."

Here's how we got to this point:

It started when Peretz, who has an extremely long history of writing racist things about Arabs and Muslims, wrote in a blog post earlier this month:

But, frankly, Muslim life is cheap, most notably to Muslims. And among those Muslims led by the Imam Rauf there is hardly one who has raised a fuss about the routine and random bloodshed that defines their brotherhood. So, yes, I wonder whether I need honor these people and pretend that they are worthy of the privileges of the First Amendment which I have in my gut the sense that they will abuse.

After criticism from many, including Nicholas Kristof in the Times, Peretz later apologized for the First Amendment bit, but stood by the "Muslim life is cheap" bit.

The crucial backdrop here is that a group of influential alums from Harvard's social studies major have been raising money for an undergrad research fund to honor Peretz -- to be unveiled at a Sept. 25 event marking the 50th anniversary of the program.

But naturally, some members of the Harvard community are not pleased with the idea of honoring Peretz. The Harvard Crimson reports today:

"As a community, we’re certainly not happy about this happening—it’s not appropriate to recognize someone making such hurtful remarks," said Rashid M. Yasin'’12, the Islamic Society’s director of external relations. "A couple of students—myself included—have been trying to reach with Social Studies to address this issue."

The Boston Globe quoted Harvard professor Steve Walt: "The question is whether an institution like Harvard wants to valorize someone who would hold such hateful views." And Benjy Sarlin at the Daily Beast reports that another academic thought seriously about canceling his attendance at the Sept. 25 event.

So in response to all this, plus other critics, Harvard issued the following statement to Sarlin:

"As an institution of research and teaching, we are dedicated to the proposition that all people, regardless of color or creed, deserve equal opportunities, equal respect, and equal protection under the law. The recent assertions by Dr. Peretz are therefore distressing to many members of our community, and understandably so.

It is central to the mission of a university to protect and affirm free speech, including the rights of Dr. Peretz, as well as those who disagree with him, to express their views.

We are ultimately stronger as a university when we maintain our commitment to the most basic freedoms that enable the robust exchange of ideas. The undergraduate research fund donated by friends, former students, and colleagues of Dr. Peretz was established earlier this year to recognize his teaching and scholarship as well as his stewardship of the social studies program from its inception in the 1960s through the 1990s. The fund will enable undergraduates to undertake significant research experiences as part of the social sciences curriculum and strengthen our commitment to rigorous intellectual inquiry."

It seems significant that Harvard would officially refer to Peretz's comments as "distressing." But the statement's framing of the issue as one of protecting Peretz's free speech seems wrong. None of his critics are questioning his right to say whatever he wants. The question is whether Harvard should establish a fund to honor someone with Peretz's history of anti-Muslim comments. And the university is clearly sticking to its plan.

It may have something to do with the influential people on the list of those promoting the Peretz fund. They include former Vice President Al Gore, Washington Post columnists David Ignatius and E.J. Dionne, Washington Post CEO Donald Graham, Dissent editor Michael Walzer, Harvard Law professor Alan Dershowitz, author Steven Pinker, and many others.

That's not a group the university is eager to disappoint.