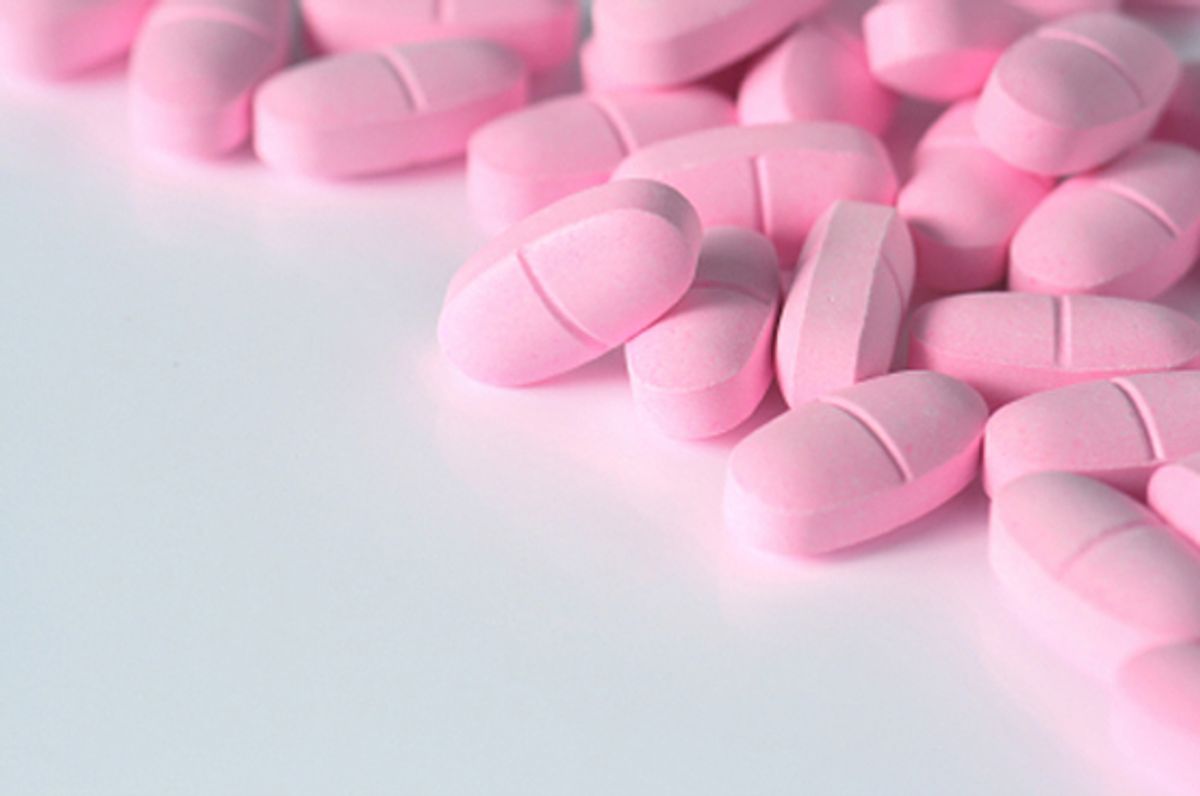 At long last, researchers say they just might have discovered the secret to "female Viagra" -- so long as you believe they have. Cindy Meston, a clinical psychology professor at the University of Texas and co-author of "Why Women Have Sex," recently reviewed the findings of a past clinical trial for using Cialis to treat female sexual arousal disorder in women. The male erectile dysfunction drug didn't do much for the ladies -- go figure -- but something else stood out, so to speak: the placebo effect.

The original study followed 200 women between the ages of 35 and 55 who were suffering from an unsatisfactory sex drive. Fifty were randomly chosen to take placebo pills, and one in three of these women reported a significant increase in the number of satisfying sexual encounters and improvement in terms of desire, arousal and orgasm. Now, the improvement was nowhere near significant enough that drug companies are patenting "special" sugar pills to treat sexual arousal disorders in women and lobbying the FDA for approval. But Meston's review, published in the Journal of Sexual Medicine, serves as a reminder that in the rush to "treat" female desire, there is one sexual organ researchers can't forget: the brain.

In addition to taking the placebo pill, the women "talked to a health provider about their difficulties and monitored their sexual behaviors and feelings regularly," according to a press release. There's no drug equivalent for talking about your feelings, nor is there a pill for sexual communication. "Expecting to get better and trying to find a solution to a sexual problem by participating in a study seems to make couples feel closer, communicate more and even act differently toward each other during sexual encounters," says Meston, whom I interviewed last year about the ins and outs of women's sexual psychology. Even without any direct instruction, many women said their partners offered them additional manual stimulation during the trial -- maybe because of their newly stated goal of having mutually rewarding sex.

Let's also not forget that the participants were asked to try to have sex at least six times during the eight-week study. After a sexual drought or a series of coital letdowns, you just can't underestimate the power of simply, ehem, getting back on that horse -- especially given past research showing that women's sexual desire is often triggered during sex.