The myth that Americans are going soft 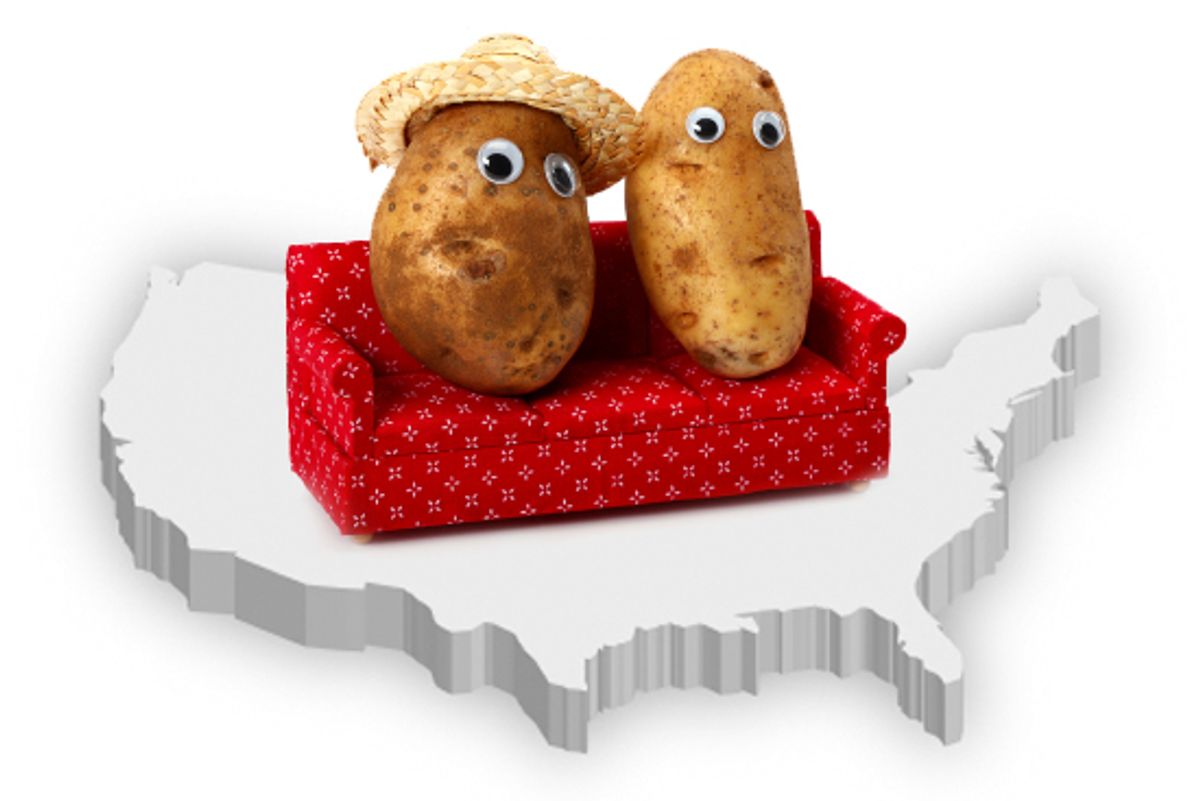 There are plenty of commentators who are fond of promoting the myth of the self-made man: the view that success is the product of hard work and good values, with nary a nod to mitigating factors like opportunity, starting position and sheer good luck. It tends to be trotted out in domestic policy arguments over the likes of tax cuts and the safety net.

But now, David Brooks and Thomas Friedman are using the pull-yourself-up-by-your-bootstraps mentality to claim that Americans are going soft and that America is losing its place in the world because of it.

Brooks laments that America is in decline because "people are moving away from commercial, productive activities and toward pleasant, enlightened but less productive ones." As more people choose careers in consulting and nonprofit activism over manufacturing and other "productive" careers, he suggests, "America may become more humane, but it will be less prosperous."

Friedman echoes Brooks, claiming that "we had a values breakdown" and asserting that "in a flat world where everyone has access to everything, values matter more than ever. Right now the Hindus and Confucians have more Protestant ethics than we do, and as long as that is the case we’ll be No. 11!"

Both Friedman and Brooks miss a key point: that policies, institutions and structures play the most crucial role in creating the outcomes we so often attribute to values. One billion Chinese didn’t suddenly adopt so-called Protestant ethics -- the country’s leaders instituted major economic reforms intended to produce high rates of growth. India’s economy likewise took off after liberalization in the early 1990s and has been boosted by a continuous series of reforms since. (We can argue about the impact of such policies on things like equality and environment, but there’s no doubt that they produced economic growth.) On the other hand, savings rates, debt and financial crises have more to do with access to credit and Basel III agreements than simple laziness or profligacy.

Furthermore, values themselves are often as much the product of policies as culture or religion. People around the world have demonstrated that they will work hard when given the opportunity to do so if they believe they have a chance to improve their lives. To the extent that there is a culture of hard work in countries like India and China, it’s driven not by sudden adoption of certain values but by the motivation to escape extreme poverty in light of new opportunities afforded by macroeconomic policies. Everyone now has access to everything? Lest we be distracted by the preponderance of South Asian entrepreneurs in Silicon Valley, let’s not forget that India is home to one-third of the world’s poor, with 75 percent of the population surviving on less than $2 a day.

Rather than envying the drive that comes from that kind of poverty, we should count ourselves fortunate to have the luxury of being less "hardheaded" and more humane. People in poor countries are not themselves inhumane, but they must choose to work inhumane jobs in order to survive and perhaps get ahead. The ability -- and willingness -- to trade some modicum of money for increased quality of life is one of the great luxuries of living in a prosperous country. It’s a good thing that we have weekends and overtime and bans on child labor, even if we lose some potential productivity because of it.

In any case, the idea that America is less productive than it used to be is simply false. Our annual manufacturing output is somewhere in the neighborhood of $1.5 trillion to $2 trillion, more than any other country in the world. The loss of manufacturing jobs in recent years is actually due to increases in productivity rather than the other way around.

The void left by the loss of skilled manufacturing jobs is an important issue, but it's because of the impact on our social welfare rather than on our overall economic output. That's where the value-based view of economic success isn't just wrong, it’s dangerous: If we focus on excoriating Americans, whether as individuals or as a nation, for lacking the proper values, we run the risk of ignoring the true factors contributing to our problems -- policies that incentivize unaffordable homeownership, tax cuts for the wealthy that fail to trickle down, and an education system that fails to prepare students for the jobs of the 21st century.

Telling Americans to work harder has not reversed the decline of the middle class in light of such policies, and it will be equally futile in seeking to maintain our role as a global economic leader. Rather than seeking to match the pace set by India and China in building our already large manufacturing sector, we should be looking at ways to continue to increase our productivity and grow our economy while -- yes -- making work more pleasant and humane.

In fact, the kinds of "enlightened but less productive" jobs that Brooks dismisses are the very ones that have made America as productive as it is. Teachers educate the "best minds" to which both columnists frequently refer; consultants help companies increase productivity; even nonprofit activists can play an important role in the types of policy changes that have wide-ranging economic impacts. Saying people should desert these kinds of careers in order to return to manufacturing is like saying we should take kids out of school to work on farms because it would be more productive than learning reading and 'rithmetic. In the short term, perhaps, but not in the long run.

Furthermore, the vision of work and virtue espoused in both columns is Puritan rather than Protestant -- that work must be unpleasant to be worthwhile. And, in any case, America wasn’t founded as an economic enterprise; the Declaration of Independence, after all, doesn’t call for the pursuit of productivity, but of happiness.

So rather than emulating China and India or sighing over the lost virtues of the past, we should be forging a new way forward, one that seeks to put productivity gains to use in eliminating jobs that are destructive to body and mind and finding ways to support pursuits that make use of our strengths: education, diversity and the prosperity to think beyond survival to innovation.