Everything I learned from "As the World Turns"

After 54 years, the soap goes off the air. But the kidnappings, back-stabbings and doomed romances taught us well 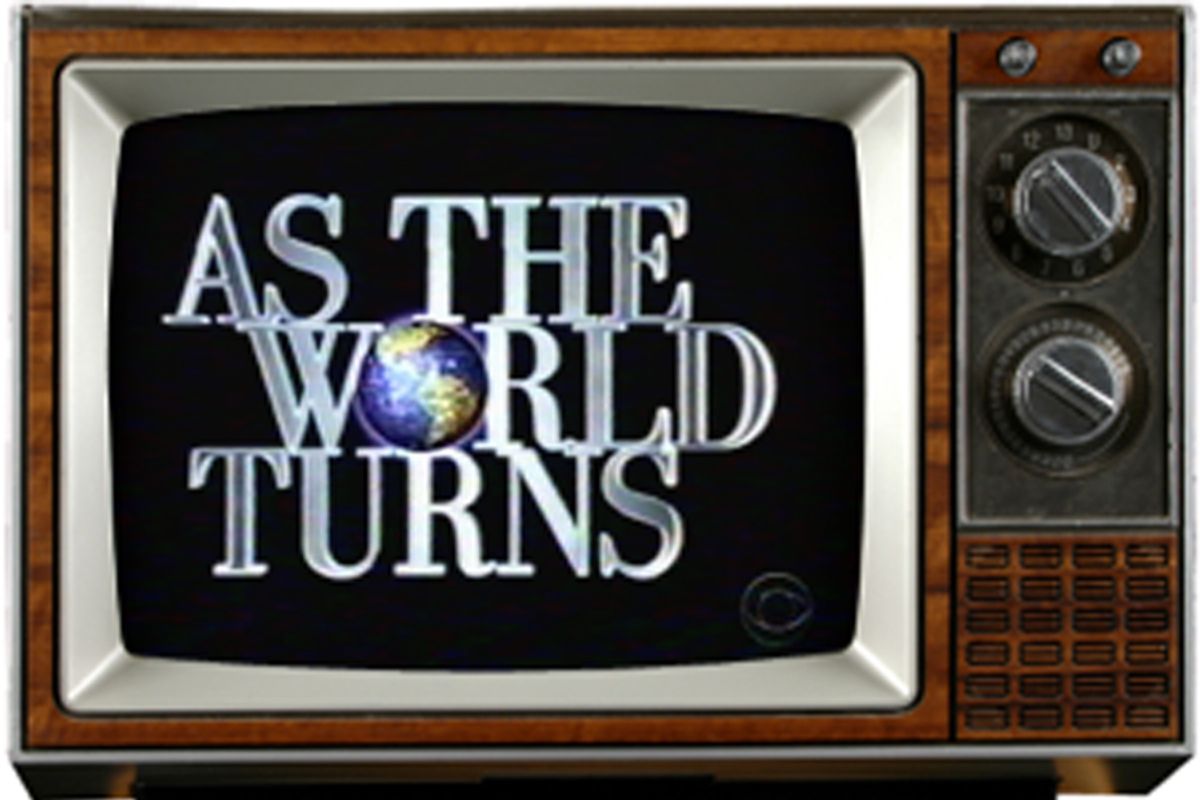 I've watched "As the World Turns" for nearly three decades, which in soap opera years means I could have gotten married six times, had four children (one while in a coma and one in captivity, no less), become a lounge singer and businesswoman, discovered a skanky twin sister with a Jersey accent, gotten hooked on diet pills, had husband #1 try to blow me up and mother-in-law #3 drug and gaslight me, been falsely convicted for murdering husband #4, been kidnapped a few times, become a castaway after jumping out of a plane, and, through it all, remained a pillar of the community.

Like the men in my life, other soaps have come and gone. But Oakdale and its residents -- like Lily Walsh Mason Snyder Grimaldi Santana Snyder Grimaldi -- have remained a constant, wacky presence.

That's about to end. On Friday, "ATWT" is going off the air after 54 years -- yet another victim of competition from daytime talk shows, the flexibility of TIVO and the primetime reality shows that stole their formula -- ending a legacy that has included such actors Julianne Moore, Meg Ryan, Matthew Morrison and Marisa Tomei. The cancellation means I'm about to die a little inside (much like Jennifer Munson, who died of cardio myopathy brought on by viral pneumonia). But I've learned a lot over the years from this delicious, outlandish, and heartstring-plucking show. Here are a few of the most important lessons. But first:

Jennifer Worick is the author or co-author of more than 25 books, including the just-published "Beyond the Family Tree," and blogs at thingsiwanttopunchintheface.blogspot.com. Reader’s Digest recently named her one of the four funniest bloggers in America.

Jennifer Worick is the author or co-author of more than 25 books, including the just-published "Beyond the Family Tree," and blogs at thingsiwanttopunchintheface.blogspot.com. Reader’s Digest recently named her one of the four funniest bloggers in America.