D.A. comes on to abuse victim with lewd texts

Wis. prosecutor asked woman: "Are you the kind of girl that likes secret contact with an older married elected DA?" 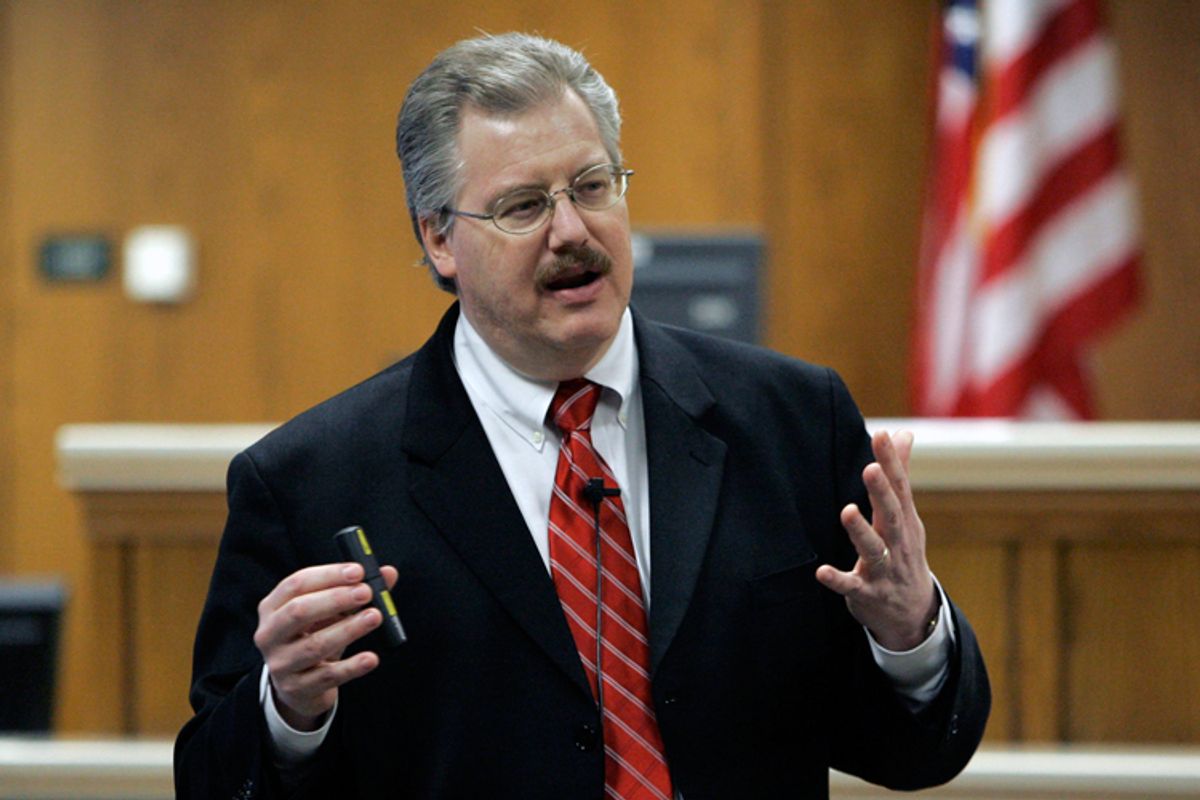 A top Republican prosecutor in Wisconsin sent a series of lewd texts propositioning the young domestic abuse victim of a man he was prosecuting, according to the AP.

"Are you the kind of girl that likes secret contact with an older married elected DA ... the riskier the better?" Calumet County District Attorney Kenneth Kratz, 50, texted to Stephanie Van Groll, 26, last October.

The AP, which broke this story, gives the context:

Kratz was prosecuting Van Groll's ex-boyfriend on charges he nearly choked her to death last year. He also was veteran chair of the Wisconsin Crime Victims' Rights Board, a quasi-judicial agency that can reprimand judges, prosecutors and police officers who mistreat crime victims.

"Nothing really happened to him and I had three days of hell," Van Groll said in a phone interview with the AP.

A woman who answered the phone at Kratz's office this morning told Salon: "He's not giving any additional comment."

But in an interview with the AP, Kratz argued the texts were a "non-news story" but that nevertheless, "I'm worried about it because of my reputational interests."

He said earlier this week that he will run for reelection in 2012; and he actually mulled a run for Congress back in 2008 after prosecuting a high-profile murder case.