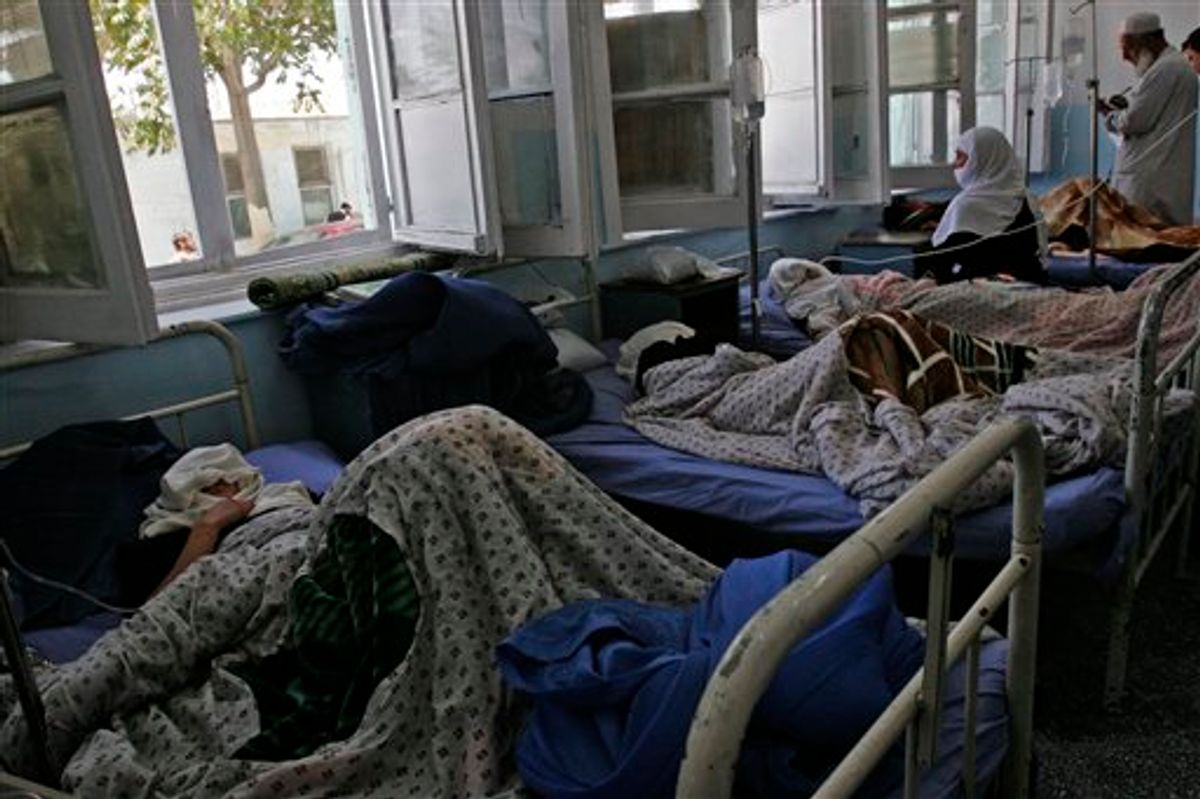 Afghan schoolgirls rest at a hospital in Ghazni, eastern Afghanistan, Saturday, June 12, 2010. More than three dozen school girls were hospitalized after becoming ill from suspected poisoning at their high school in Ghazni. There have been similar cases of illnesses at schools around Afghanistan. Some suspect militants are spraying schools with poison gas because they oppose education for girls. (AP Photo/Rahmatullah Naikzad) (AP)
--

Not quite convinced that the education of girls and women worldwide is a worthy cause? Consider this: It saves children's lives, you jerk. A new study published in the Lancet has found that child mortality rates are strongly tied to mothers' education levels. This is true the world over, from developed countries to the third world. The study, funded by The Bill & Melinda Gates Foundation, estimates that increased education of women helped prevent the deaths of 4 million children just last year.

"We know that direct health interventions, such as immunizations, preventive care and hygiene classes, are crucial to improving health worldwide," said lead researcher Emmanuela Gakidou of the University of Washington in Seattle. "What this study shows is that by focusing on education as well, we can increase the impact that we are having on health." The Washington Post offers a succinct explanation of why:

[B]etter-educated women are more likely to understand disease-prevention measures such as vaccines and mosquito nets and to use them. They are more likely to take a sick child to a clinic early. They more probably understand germ theory and how to set clean water and sanitation as household priorities.

This is great news, really. It may not change the minds of the Taliban and other groups with ideological oppositions to girls' and women's education, but it does add a significant incentive to an already worthy goal.