Evan Bayh on tax cuts for wealthy: "Fairness" can wait 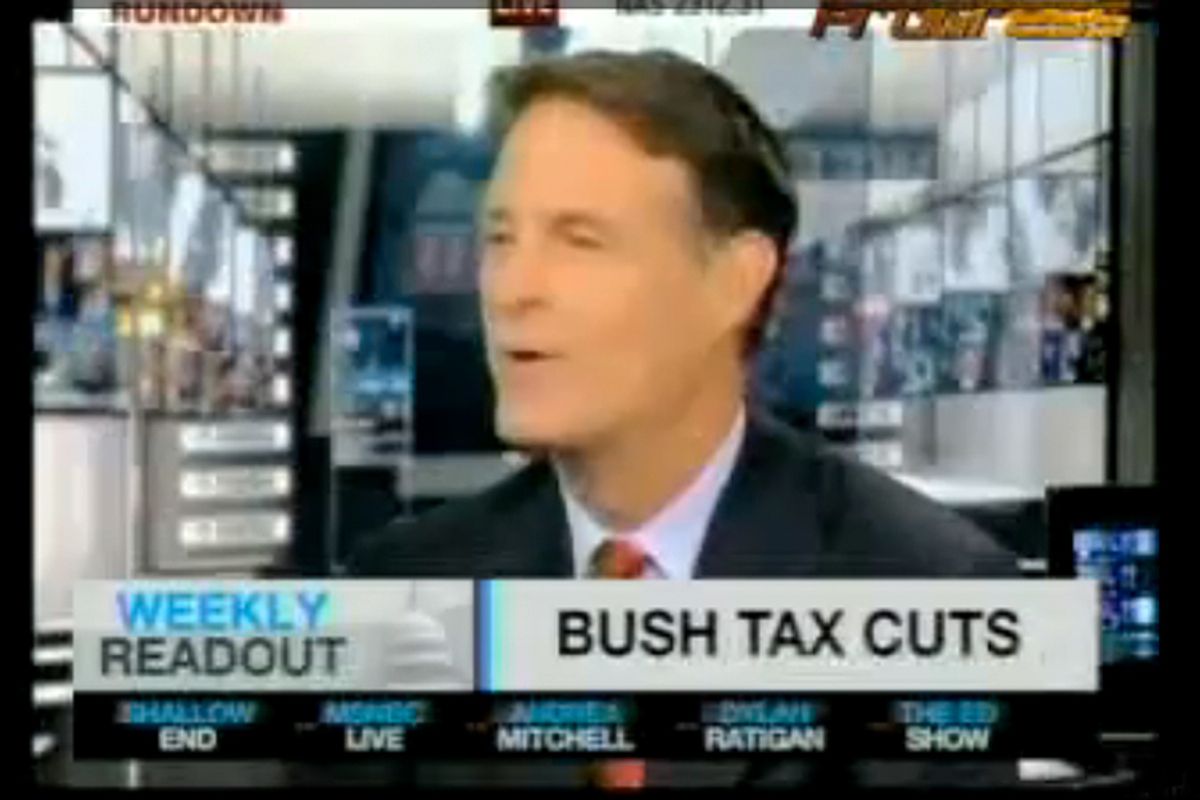 Evan Bayh, sad-sack Senate quitter from Indiana, was speaking to Chuck Todd on MSNBC, because that is what he was born to do. He was explaining why he has decided to support continuing to give wealthy people billions of debt-funded dollars.

B-b-but the deficit! Fun fact: The $100 billion Bayh and his fellow moderates stripped from the original stimulus bill is much less money than the theoretically infinite amount of money that extending tax cuts for rich people, forever, would cost. And just extending them a couple years would still be more expensive than the stimulus as originally conceived, while helping no one find work, because these tax rates have been in effect for years and they have not helped anyone find work yet.

Evan Bayh is why we can't have nice things.

I see no good reason why the conversion is stuck on extending Bush's horrible tax rates instead of Democrats actually proposing their own tax plan of, like, adding new tiers for the wealthiest Americans, raising the top marginal rates to Reagan administration levels, and, let's say, a financial transactions tax -- this would be incredibly popular among all Americans who aren't wealthy pundits or plutocrats! Oh, wait, I know why this hasn't happened: Because the party has been entirely captured by people so comfortable that they think people making six figures are struggling and millionaires are one more tax cut away from finally creating tens of millions of good-paying jobs.