Meet the guy who's running against Christine O'Donnell

Democrat Chris Coons hit the political lottery when Delaware Republicans nominated O'Donnell. Who is he anyway? 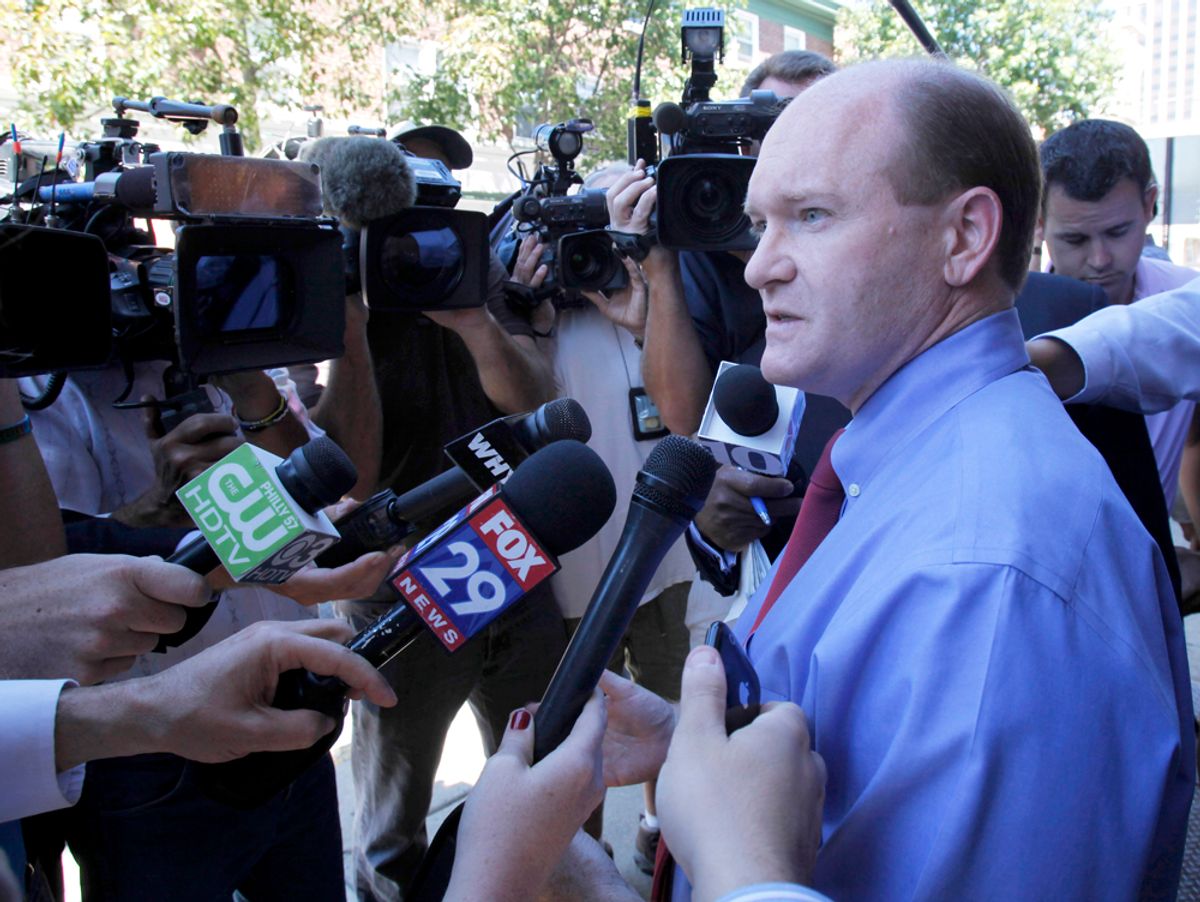 By giving their nomination to the seemingly unelectable Christine O'Donnell on Tuesday, Delaware Republicans essentially handed a Senate seat to Chris Coons, an unknown county executive who won the Democratic nod.

In the GOP primary, O'Donnell upset long-serving Rep. Mike Castle, who had been widely expected to win the seat with ease in November. But O'Donnell, who ran 26 points worse than Castle in trial heats with Coons, is a different story -- something that even Karl Rove admitted this week.

So, Coons is (probably) on his way to Senate. But what do we actually know about him? Here's a quick dossier:

Unique policy position: Coons has proposed making it illegal for any former senator to lobby any current senator.

He’s my pet: Senate Majority Leader Harry Reid created a political storm after describing Coons as "my pet." The comment was meant simply to indicate Coons’ popularity among many Democrats in Washington, D.C., but this hasn’t stopped conservative pundits from expressing their dismay. As Michelle Malkin complained on her blog, "Oh, dear. [Harry Reid] is so creepy. Ew." Coons has distanced himself from Reid since the comment, saying he has only met the Senate majority leader twice.

A bearded Marxist: While a senior at Amherst College, Coons penned an Op-Ed piece in the school newspaper titled "Chris Coons: The Making of a Bearded Marxist." The article chronicles Coons' semester abroad in Kenya, where he arrived as a "proud founding member of the Amherst College Republicans" but left with an understanding that his own "favorite beliefs in the miracles of free enterprise and the boundless opportunities to be had in America were largely untrue." Despite explicitly stating that Coons had already "returned to loving America" by the time of the article was published, it has become a favorite talking-point for right-wing bloggers.