The burqa battle Down Under

The debate over the controversial garment is raging in Australia, and it reveals some surprising common ground 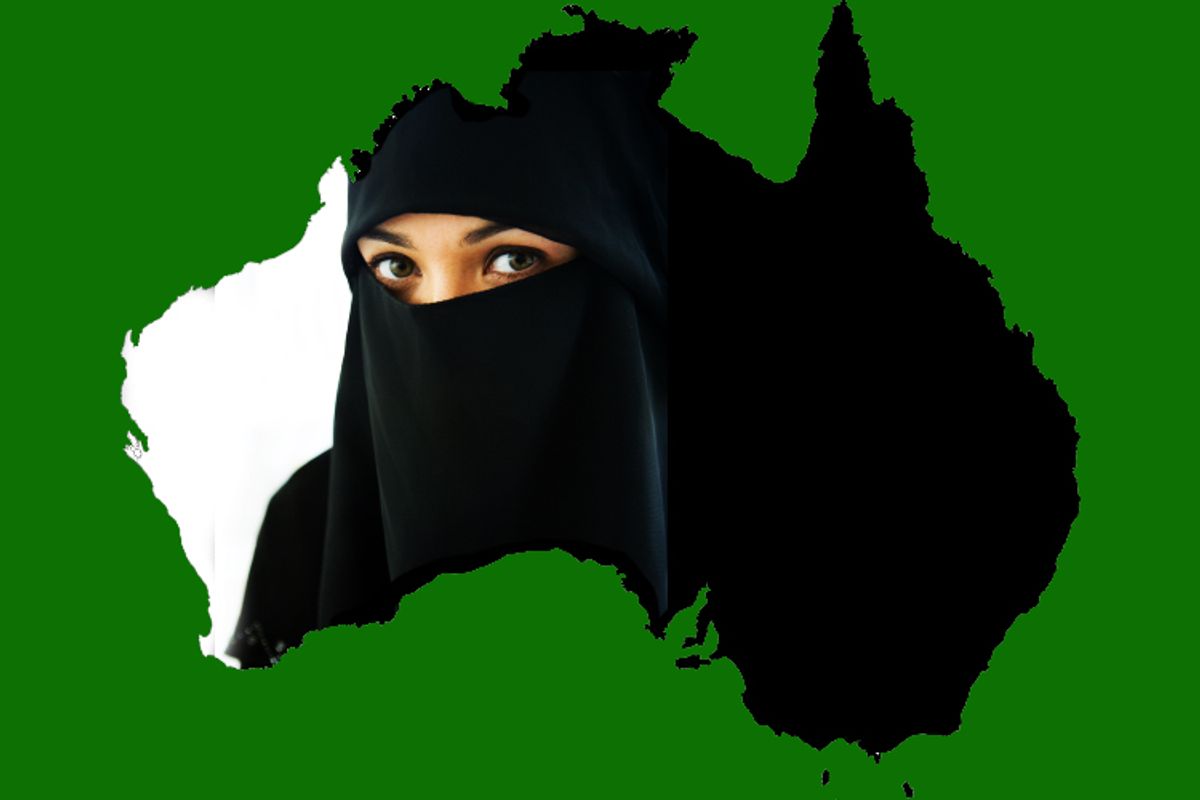 Move over Europe, Australia has its very own battle brewing over the veil. On Sunday, Aussie Muslims rallied against recent attempts to introduce a measure to outlaw the burqa and niqab. For the most part, the arguments on either side are familiar and can best be summed up with, "Yeah, what France said." But there was one statement from a pro-veiling activist yesterday that did stand out -- because it departed from the usual defense about "freedom of choice." According to the Sydney Morning Herald, Fautmeh Ardati told protesters:

[T]o use freedom of choice as a justification, then we are also accepting of women who undress out of this same freedom of choice, and we can never do this as Muslim women. We dress like this because it is the command of Allah, not any man.

As she sees it, the only choice women have is between two extremes: "the Western secular way of life, which robs a woman of her dignity, honor and respect, where she is considered little more than a commodity to be bought and sold, or the option of Islam, where a woman's dignity, respect and honor are priceless." In other words, women have two options, but only one of them is right. What's most interesting here is the parallel between Ardati's rhetoric and that of anti-burqa campaigners in France: She sees no validity in the choice to "undress," just as President Sarkozy refuses to acknowledge the choice to veil.