The senator voted against the auto-bailout, but attended a GM plant reopening ceremony. The workers were not amused 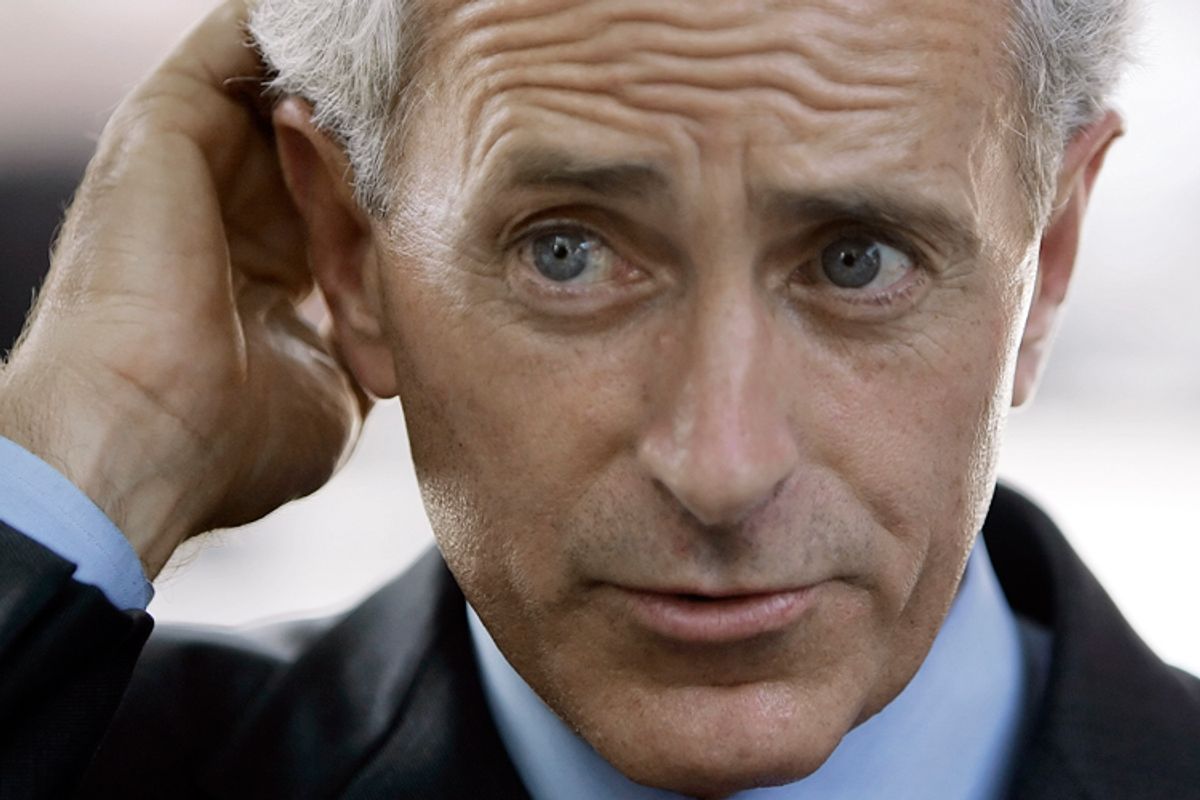 President Obama likes to joke about the Republican lawmakers who opposed his stimulus bill yet still managed to show up and preen for the cameras at ribbon-cutting ceremonies for projects funded by Recovery Act. But after hearing the same line delivered over and over again, I'm betting audiences are getting tired. He needs some new material. So how about making fun of the Republican politicians who voted against the auto-bailout and yet still had the gall to attend a ceremony celebrating the reopening of an idled GM plant?

Last week, GM announced that it would rehire 483 laid-off workers at its massive Spring Hill, Tenn., plant. At a ceremony to celebrate the news on Friday, Tennessee politicians flocked to get a piece of the happy action, including Republican Senators Lamar Alexander and Bob Corker, along with Rep. Marsha Blackburn -- all three of whom voted against the auto bailout. The UAW employees in attendance booed lustily, saving their strongest scorn for Corker, who made no friends in union ranks two years ago when he argued that no federal aid should go to American car companies until and unless worker wages and benefits were reduced to levels "competitive" with foreign labor.

GM's employees did end up taking a hit in the managed bankruptcy organized by the Obama administration. But it wasn't as brutal a blow as southern Republicans representing work-for-hire states like Tennessee would have preferred. And since it was a Democratic administration that ultimately came to the rescue of the auto industry, the auto-bailout immediately had to be dubbed "a major power grab." Socialism! Or Fascism! Whatever -- it was bad, bad, bad!

Call it what you will, but the bailout appears to have worked. As the president noted during a town hall meeting on Monday, the carmakers have returned to profitability and are rehiring. General Motors plans to buy out the government stake in GM by using the proceeds of stock sales to the general public over the next few days. The Economist magazine even published an article in late August apologizing to Obama for assuming that the government rescue would go "horribly wrong."

Funny how it has all worked out, huh? But there's a level of irony there that goes much deeper here than the boos on the factory floor directed at hypocritical politicians. If you want to be critical of government involvement in the auto industry, I don't think Spring Hill, Tennessee is the place to do it.

Back in the mid-1980s, when GM was looking for a location for a new state-of-the-art manufacturing plant that would supposedly pump out Saturn cars that could compete on price and performance with Japanese imports, state and local governments fell over themselves offering incentives. Tennessee ended up victorious, in part through the efforts of none other than then-governor Lamar Alexander, who orchestrated a juicy package of tax breaks and infrastructural improvements. Tennessee also offered to pay for water quality and regional impact studies and $20 million worth of job training. (Meanwhile, GM and the UAW cut a deal that kept the plant unionized, but set wages and benefits at about 80 percent the level of normal rates.)

Not to put too fine a point on it, but Tennessee did exactly to Michigan and the rest of the Rust Belt what so many American lawmakers now claim China is doing to the United States. With the help of government incentives and guaranteed cheap(er) labor GM offshored production of the Saturn to Tennessee. You sure don't need to look across the Pacific to understand 14.5 percent unemployment in the Rust Belt. This is how American capitalism works.

Is that my imagination, or did I just hear some more boos?

UPDATE: An aide to Senator Alexander writes in to provide a link to an item in the Tennessean disputing the lustiness of the booing.

Ten­nessean auto writer Cham­bers Williams, who was on the scene, says Alexan­der actu­ally got a stand­ing ova­tion when intro­duced, Black­burn got polite applause and Corker got a smat­ter­ing of boos and applause. Corker imme­di­ately responded, "I appre­ci­ate all of your comments."