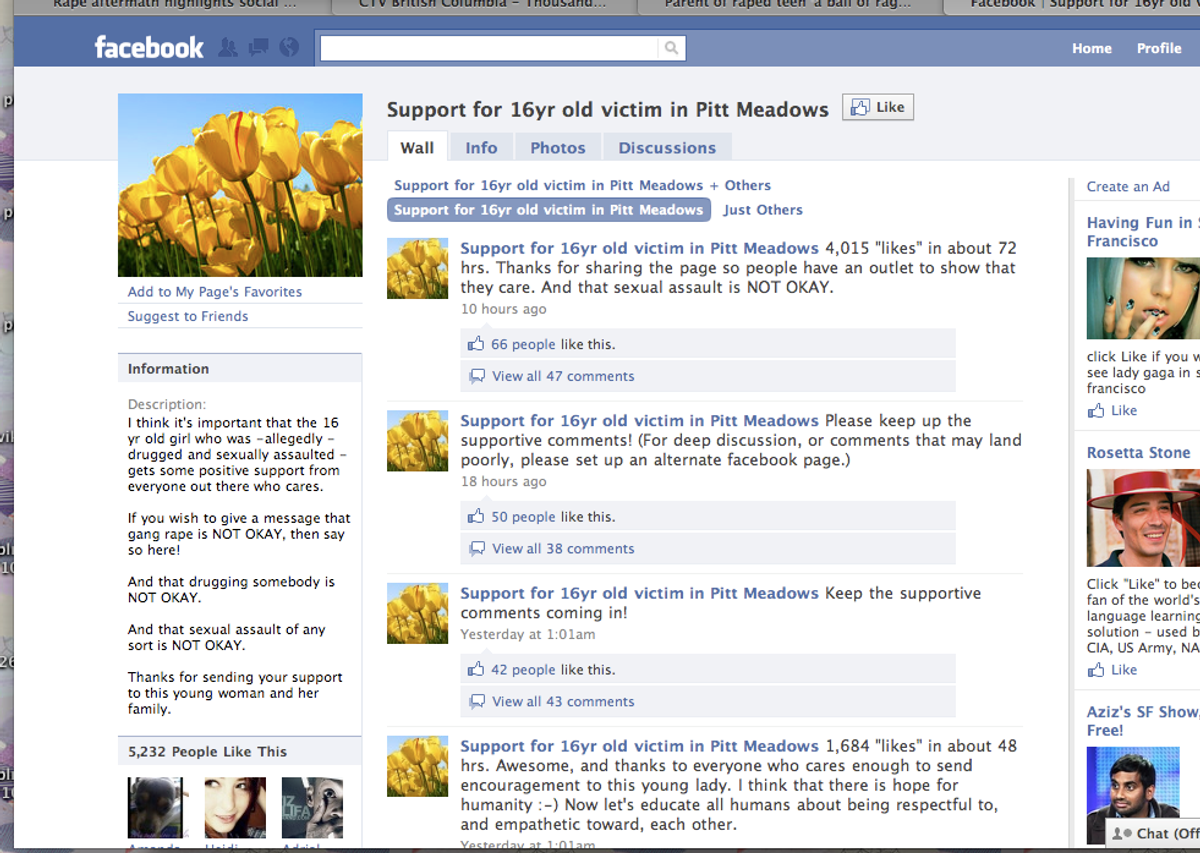 Just when you begin to lose all faith in humankind, Facebook comes to save the day. On Friday, I reported that Canadian teenagers were circulating images of a 16-year-old girl's alleged gang rape in Pitt Meadows, B.C. and suggesting that she "asked for it." ("It" being a violent attack that left her with notable injuries, according to police.) But as of this morning, more than 5,000 people have "liked" the Facebook page, "Support for 16yr old victim in Pitt Meadows." The page's description reads:

I think it's important that the 16 yr old girl who was -- allegedly -- drugged and sexually assaulted gets some positive support from everyone out there who cares.

If you wish to give a message that gang rape is NOT OKAY, then say so here!

And that drugging somebody is NOT OKAY.

And that sexual assault of any sort is NOT OKAY.

Thanks for sending your support to this young woman and her family.

The page's creator, Carolyn Anderson, isn't out to prematurely convict anyone, she's just responding to the victim-blaming by make an anti-gang-rape statement. That's something I would hope most people coule get behind -- and plenty already have.