Fatherhood is the "New Macho" 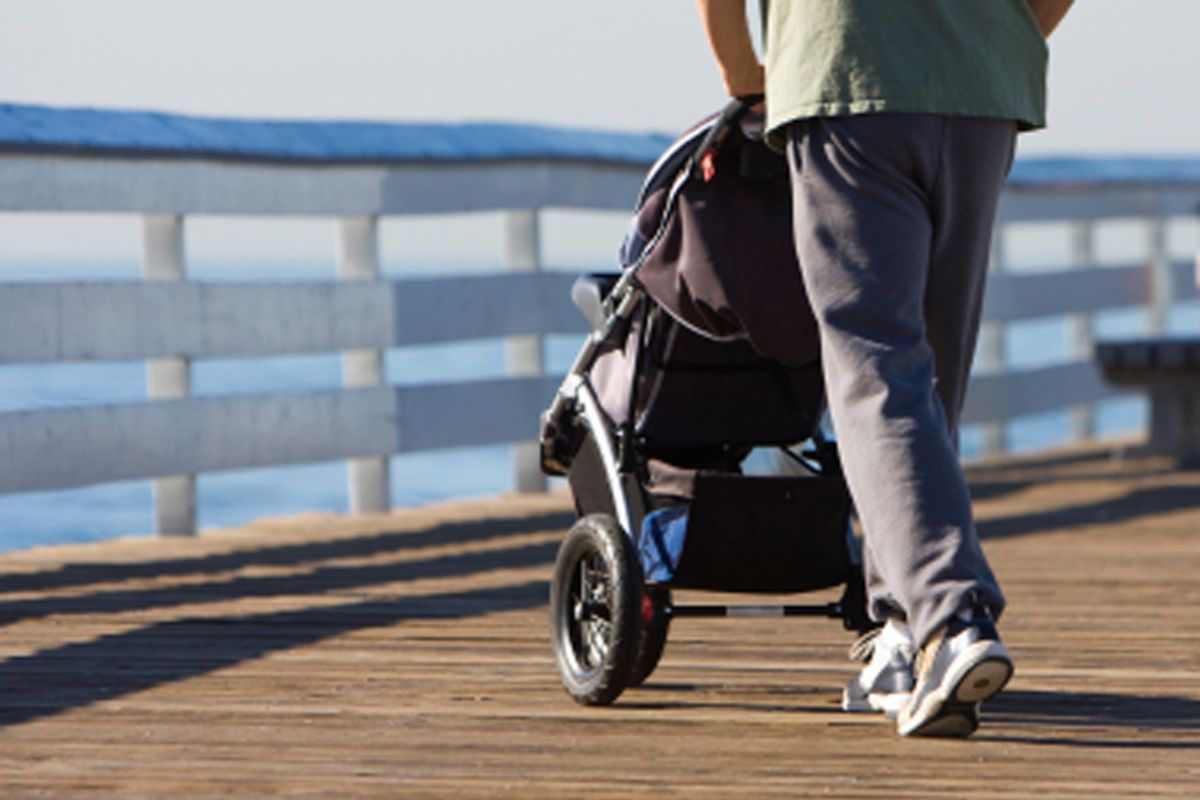 Enough with the trend stories that ring the death knell for masculinity. In a no-nonsense piece, Newsweek cuts straight to the chase and searches for a damned solution. (How's that for a manly response?) The question at hand: "If men are going off the rails, how do they get back on track?" Authors Andrew Romano and Tony Dokoupil answer that query with a call for "a reimagining of what men should be expected to do in the two realms, home and work, that have always determined their worth."

Their argument is essentially that we need to encourage men to take active caretaking roles at home and at work. This means putting more emphasis on the importance of fatherhood and recasting so-called nurturing professions so that they no longer seem the sole domain of women. Another way of saying all that? Men need feminism. They are talking, after all, about equal opportunity and expectations, and greater freedom from restrictive gender roles -- that's the fundamental aim of feminism, as I understand it.

Only, Romano and Dokoupil aren't exactly picturing Gloria Steinem in shining white armor riding in on a white horse to slay the dragon of gendered expectations and save men from certain death. They make sure to state that they are "not advocating a genderless society, a world in which men are 'just like women.'" Their aim is, of course, much more moderate; they aren't interested in doing away with gendered expectations but rather practically updating our definition of "macho" to fit our current social and economic reality. They write:

... as women assume positions once occupied exclusively by men, and the more 'manly' sectors of the U.S. economy continue to shrink, a more capacious notion of manhood -- the product of both new policies and new attitudes -- is no longer a luxury. In fact, it may be exactly what's needed to keep the American male, and America itself, competitive in the 21st century."

"The New Macho," as they call it, is driven by practicality. "It boils down to a simple principle: in a changing world, men should do whatever it takes to contribute their fair share at home and at work," they explain. In essence, Romano and Dokoupil are saying it's time to man up and take on the "girly jobs and dirty diapers," as they jokingly put it. "After all, what's more masculine: being a strong, silent, unemployed absentee father, or actually fulfilling your half of the bargain as a breadwinner and a dad?" That comes a little too close to locker room ribbing for my taste, but this is Newsweek, not a radical graduate gender studies thesis. More important, social shifts brought about by need can still have a lasting political impact. So I say bring on "the New Macho."