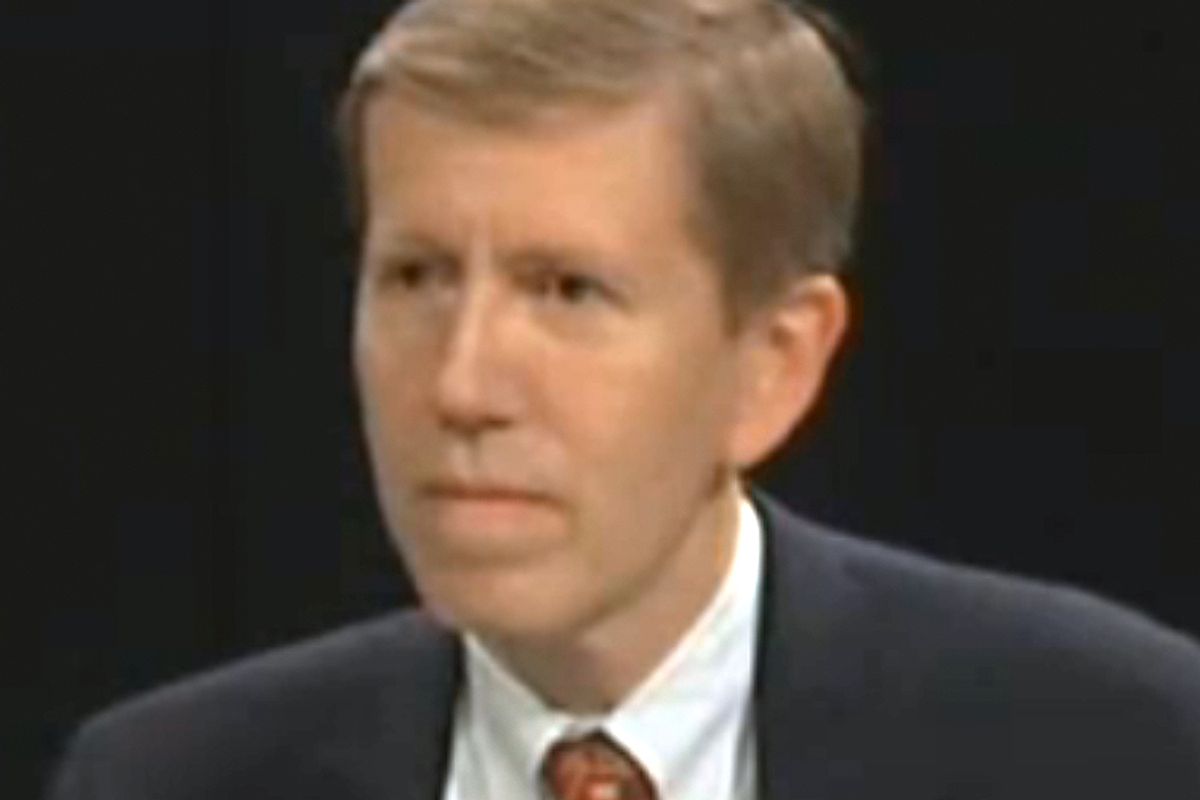 Maggie Haberman at Politico today dug up a virulently racist essay written by Republican Jim Russell, who is challenging Rep. Nita Lowey (D-NY) -- and who has been endorsed by the state Republican Party and the state Conservative Party, according to his website.

Russell is a perennial candidate for Congress in New York's 18th district, which includes most of Westchester County, north of the city. He got 32 percent of the vote in 2008. In the 2001 essay "The Western Contribution to World History," Russell wrote in opposition of interracial relationships -- and integration of schools -- and praised the anti-Semitic theories of T.S. Eliot. It appeared in the publication Occidental Quarterly.

While Russell is a longshot, the essay is significant because he seems to have the support of the state Republican establishment -- though it's not clear whether the party previously knew about the essay.

Here's a small taste, via Haberman (emphasis ours):

“It has been demonstrated that finches raised by foster parents of a different species of finch will later exhibit a lifelong sexual attraction toward the alien species. One wonders how a child’s sexual imprinting mechanism is affected by forcible racial integration and near continual exposure to media stimuli promoting interracial contact. The most serious implication of human sexual imprinting for our genetic future is that it would establish the destructiveness of school integration, especially in the middle and high-school years. One can only wonder to what degree the advocates of school integration, such as former NAACP attorney Jack Greenberg, were conscious of this scientific concept. It also compounds the culpability of media moguls who deliberately popularize miscegenation in films directed toward adolescents and pre-adolescents. In the midst of this onslaught against our youth, parents need to be reminded that they have a natural obligation, as essential as providing food and shelter, to instill in their children an acceptance of appropriate ethnic boundaries for socialization and for marriage.

Russell, who was identified in a newspaper article this year as a case manager at the New York State Insurance Fund, has a PhD in "historical theology" and is author of the book, "The Germanization of Early Medieval Christianity: A Sociohistorical Approach to Religious Transformation."

He explains in his official campaign biography that, "I grew up in Jackson Heights, Queens where I witnessed first-hand the destructive effects of uncontrolled immigration." His website emphasizes opposition to immigration and a housing desegregation settlement that Westchester County entered into last year.

We've reached out to the state GOP to see if it is standing by its endorsement of Russell, and we'll update this post if we hear back. We've also reached out to Russell.