Billionaires give 91 percent of funds for Rove-tied group 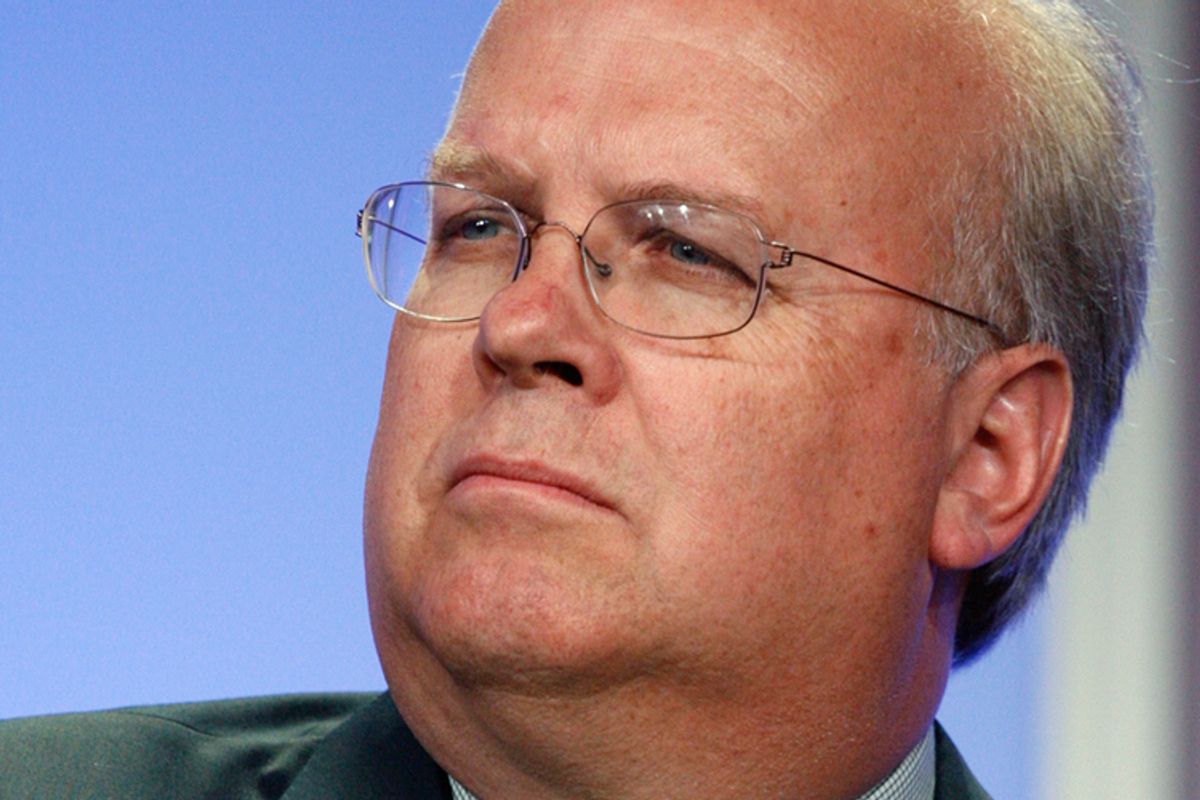 New FEC filings show that American Crossroads, the Karl Rove-backed group that is pouring money into attack ads targeting Democrats around the country, continues to be funded virtually entirely by billionaires.

We've previously reported that the group is getting a staggering amount of support from billionaires, several of whom made their fortune in the energy industry and live in Texas. Last month Trevor Rees-Jones, president of Dallas-based Chief Oil and Gas, contributed another $1 million to American Crossroads, on top of the $1 million he gave earlier this year. Fellow billionaire Robert Rowling, CEO of the company TRT Holdings, also gave Crossroads his second $1 million donation in August.

The only new name on the list is American Financial Group, a Cincinnati-based firm owned by nonagenerian Carl Linder. Forbes put Linder's net worth at $1.7 billion this year, a fortune built up through the growth of United Dairy Farmers. He previously owned Chiquita and currently owns a stake in the Cincinnati Reds. American Financial Group gave American Crossroads $400,000 last month.

Another new billionaire to add to the list of Crossroads backers is Jerry Perenchio of Bel Air. He is worth $2.1 billion, the bulk of which was made off the sale of Spanish language TV station Univision, according to Forbes. He is a major Republican donor who was co-chair of John McCain's national finance committee. Perenchio gave American Crossroads $1 million in July.