The secret love life of beets (and yogurt dip)

In antiquity, beets were seen as aphrodisiacs. Is that why their marriage to garlic and yogurt is so good? 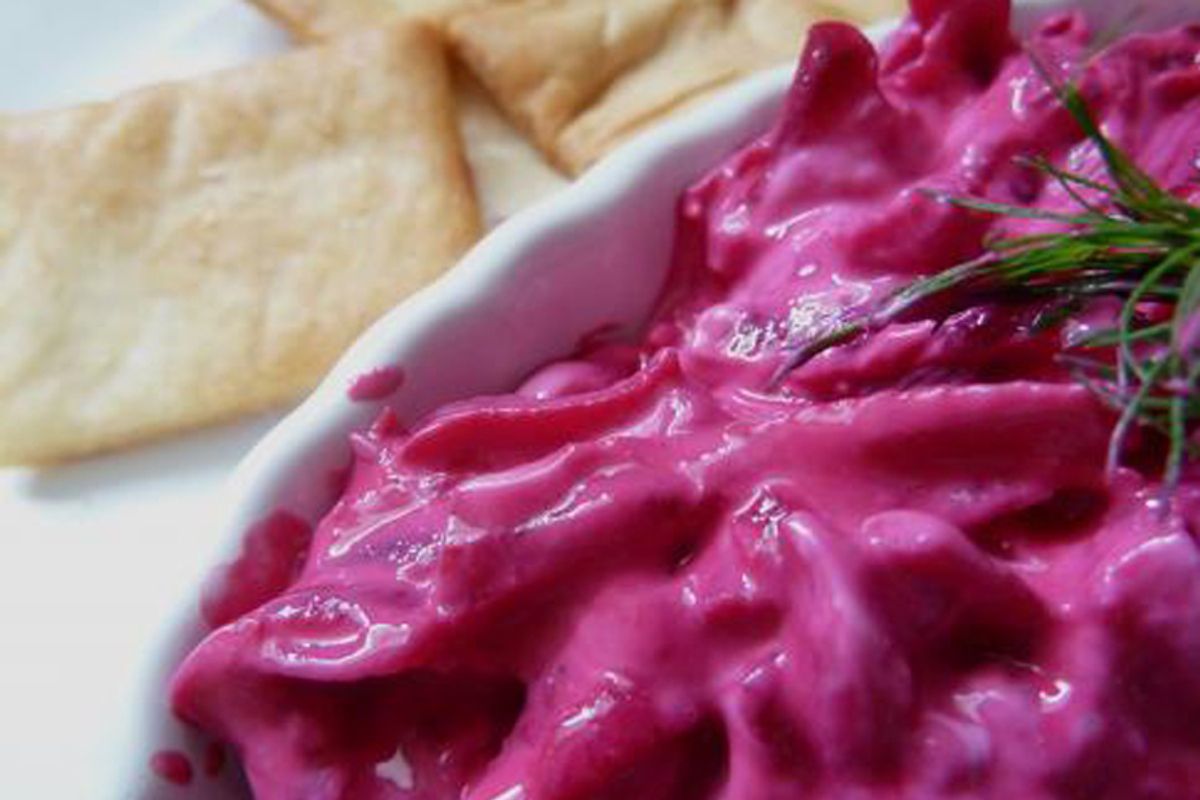 What do you think of when you consider the beet? Texture-less purple discs at the salad bar? Detoxifying health food?

Yes, the beet, that humble root vegetable, has been credited since ancient times as being an aphrodisiac. In the ruins of Pompeii, you'll see beets depicted among scenes of passion on the walls of brothels. Scholars have reinterpreted some images of Romans drinking red wine in ancient murals to be Romans drinking beet juice. The Greeks also ascribed great power to the beet. Legend says that Aphrodite, the Greek goddess of love and desire after whom aphrodisiacs are named, ate beets to retain her beauty. The Greeks also made offerings of beets to Apollo in his temple at Delphi, where the Oracle spoke her prophecies.

These beliefs in the aphrodisiac power of beets have carried over to modern times as well. In 2003, the British beet farmers obtained government funding for their crop with the goal of tapping into a burgeoning market for aphrodisiacs. Chris Moore, voted the sexiest farmer in the North of England, was quoted as saying, "The lads here swear by beetroot. Some of them even eat it for breakfast."

Beets, the breakfast of champions? Perhaps, but a good friend, Andreas, is more likely to eat beets at dinner. Like the beet, he has roots in the Mediterranean. And as did his forebears, he believes in their aphrodisiac properties. A carnivore to the core, he has a particular fondness for only one vegetable: the beet. He orders it as a starter in every restaurant we visit, whether it be Asian fusion, California cuisine, Italian, Greek or Middle Eastern. He does this regardless of whether beets are actually on the menu. Somehow, even when they're not listed, his request is usually granted. When the beets are served, he'll bring up his belief that they'll boost his manliness. His wife rolls her eyes.

Tom Robbins, in "Jitterbug Perfume," also has a lot to say about beets, describing the passion of these intensely red root vegetables:

"The beet is the most intense of vegetables. The radish, admittedly, is more feverish, but the fire of the radish is a cold fire, the fire of discontent not of passion. Tomatoes are lusty enough, yet there runs through tomatoes an undercurrent of frivolity. Beets are deadly serious ... The beet is the murderer returned to the scene of the crime. The beet is what happens when the cherry finishes with the carrot."

Now that's some vegetable. Here is a recipe for a beet and yogurt dish that will invigorate your senses, at least with its vibrant hue and its zesty garlic flavor. (I make no other promises.) It's a version of the Greek tzatziki, which we most often see made with cucumber and dill. It can be eaten as a salad, as a dip served with fresh pita or pita chips, or as a condiment to complement kebabs and other grilled meats.