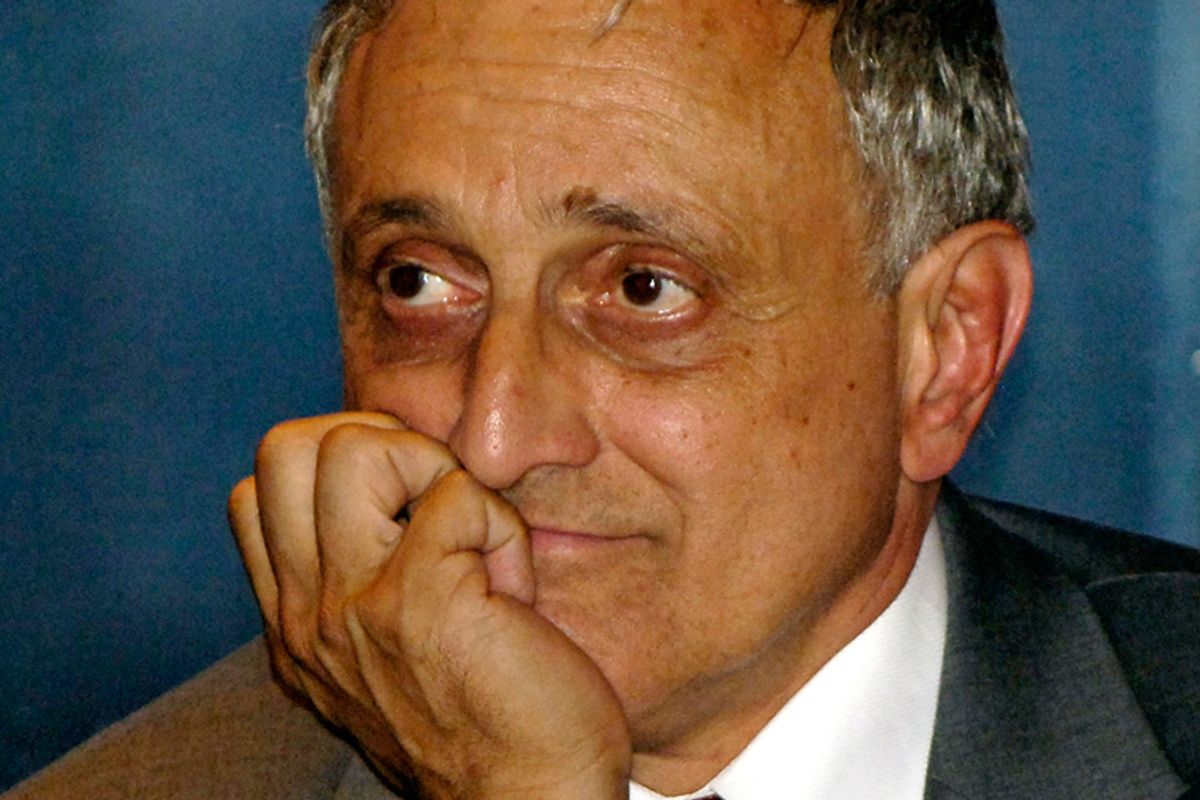 New York GOP gubernatorial candidate Carl Paladino likes to say he's going to take a baseball bat to Albany. But on his way, he may also deal a fatal blow to the state's influential Conservative Party.

To understand how a Tea Partier like Paladino could hurt New York's right-wing third party, one first has to understand the state's archaic election laws. Third parties thrive in New York because the state allows so-called fusion voting -- that is, one candidate can be endorsed by more than one party. In 2006, for example, New Yorkers could vote for Eliot Spitzer for governor on either the Democratic Party ballot line or on the ballot line of the progressive Working Families Party. The system allows third parties to build measurable support, make demands of candidates, and endorse strategically. People feel freer to vote for a third party line because they are not casting votes for a set of longshot candidates.

Now, here's the key rule: any party's nominee for governor must get at least 50,000 votes on that party's line to get an automatic place on the ballot in future elections.

In New York's Republican primary this year, former Rep. Rick Lazio was the heavy favorite against Paladino. And the Conservative Party, anticipating a Lazio win in the September primary, nominated Lazio for its ballot line in May, before Paladino surged.

But now, with Paladino's big victory over Lazio in the GOP primary, the Conservative Party is stuck with Lazio as its nominee. And it's still not clear whether Lazio will continue campaigning or drop out altogether.

If Lazio opts out, that could put the Conservative Party in danger of losing its place on the ballot in future elections, robbing the third party of its primary source of strength and spelling the end of an entity that has for years been a significant right-wing force in New York.

"We're concerned," Conservative Party Chair Michael Long told Salon Tuesday. "But I believe that if Lazio moves forward and runs an aggressive campaign, I think we'll be fine and do much better than the 50,000 votes."

Long also said he continues to view Paladino as too angry. "It's about having a person who doesn't want to burn the house down, but who wants to fix the structure," he said.

And what if Lazio doesn't continue campaigning? Long said he does not have a plan B.

"I stay on the road until I'm faced with a brick wall in front of me and then I deal with it," he said.