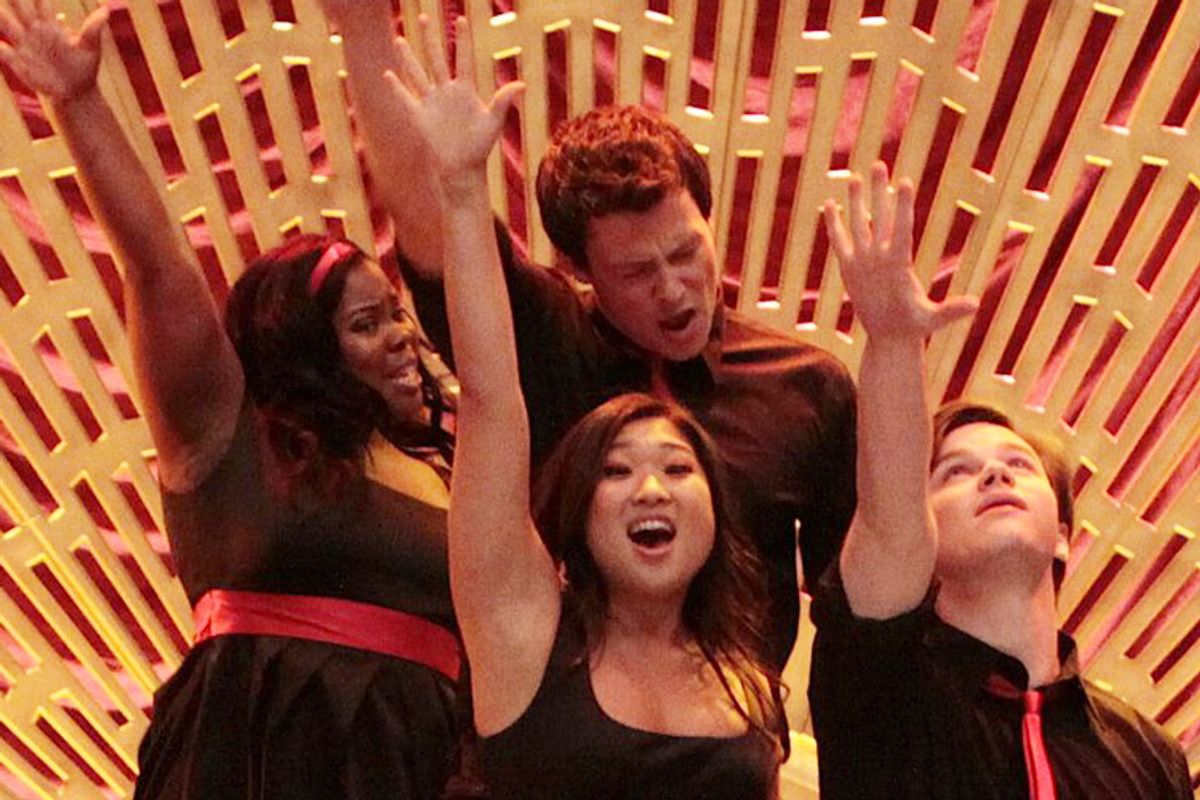 Rachel Berry and company may be the bottom feeders at McKinley High, but New Directions, the plucky ensemble at the center of Fox's megahit "Glee" (which begins its second season tonight on Fox), is impossibly hip compared to your average music kid's show choir experience. A live band? Lady Gaga week? In my own experience, show choir was filled with ill-fitting blue sequined bow ties, "The King and I" medleys, and a "Wind Beneath My Wings" finale (complete with sign language).

But according to Ralph Opacic, founder and director of the Orange County High School of the Arts in Santa Ana, Calif., not to mention Matthew Morrison's former music teacher, "Glee" may soon render that brand of show choir obsolete. Often identified as the "real" Will Schuester (Morrison's character), for the many career parallels between the two, Opacic was at the forefront of the modern show choir movement in the early '80s, using arrangements of current radio hits as a way to hook students in the performing arts. His choir program at Los Alamitos High School was so successful that he landed a government grant to open OCHSA as a branch of Los Alamitos in 1987. The school became an accredited charter school in 2000 and relocated to Santa Ana. Now in it's 24th year, the school has a student body of over 1,300 and ranks consistently among the top public high schools in the nation. The runaway success of "Glee," and Matthew Morrison's subsequent rise to fame, has garnered national attention for his alma mater. Opacic even attended the Emmys as Morrison's plus one, where he chatted with Ryan Seacrest and sat next to Betty White.

Salon spoke recently with Opacic over the phone about the "Glee" effect on the show choir world, the inevitability of budget cuts, and what "Glee" gets wrong about high school musical geeks.

How has "Glee" warped expectations of what a show choir is? Many of us have distinct memories of being in a show choir growing up, and New Directions is basically the coolest version of that experience possible.

I think "Glee" is actually going to push show choirs into doing two things. One, is utilizing arrangements of current pop songs. And sheet music publishing companies are capitalizing on it, and "Glee" songs are now being published in choral arrangements and made accessible to show choirs. And second, it's going to push directors into expanding the amount of dance and choreography that they have in their show choirs.

Yeah, mine involved a lot of grapevines, jazz squares.

[Laughs] Yep. And the challenge there is that most show choir directors have a vocal/choral background, and they're probably not dancers. So they're going to have to be creative in identifying those who can help in expanding the choreographic elements of show choir.

They tended to focus more on Broadway music in the earlier years: "Grease," "Chorus Line." Over the last 20 years there's continued to be a transition to more contemporary popular music.

Let's talk a little bit about arts budgets. Now, OCHSA is an arts-specific charter school, so your programs are probably a little bit safer that at a typical public high school. But even La Guardia High school here in New York, the "Fame" school, had to make major cutbacks to its arts programs when the recession hit. How have you seen "Glee" affecting the conversation about arts education in school budgets?

I've heard Matt Morrison mention this. He's had communications from students that have said, "My high school cut the budget for our show choir, but we're continuing to do it anyway as a club." So I think that the students, because of their enthusiasm for the whole show choir experience, are taking it into their own hands, regardless of the budgets that the school are committing, There's a real grass-roots commitment by the students to continue those types of programs.

Have you noticed any changes on an administrative level?

Well, these are very difficult times and, again, I think school districts and school administrators are making very difficult decisions, and there's just not enough money to go around. So, to be honest, I don't see the whole "Glee" experience as necessarily freeing up that money.

Right. One thing that I've always chuckled about when watching the show is how nice the facilities are at McKinley High, though the lack of funding is a key plot point. What sort of facilities were you working with when you first started out? I imagine you'd be pretty jealous of the McKinley High auditorium back then.

Our facilities have never been as nice as on "Glee." Our primary performance venue was a remodeled multipurpose room. And most of our classrooms were portables.

You're kind of the real-life Will Schuester. Matthew Morrison has said in interviews that he's channeling you. How do you feel about that identification, and what are the parallels between you and that character? I'm sure your students must get a kick out of it.

It is obviously very flattering. Back in 1982 I started as a high school choral/vocal music teacher [at Los Alamitos High School] and the choir program I inherited had 30 students in it. In three years it grew to 300 students in five choirs. Like Will Schuester, I used the show choir experience to attract and recruit students. I had the star football players and cheerleaders, and show choir became cool. It broke down all of the traditional cliques, and over time it created a culture of acceptance.

Exactly. At the end of Matt's sophomore year he was considering leaving OCHSA to play high school soccer. I sat him down and convinced him that he should play league soccer on weekends, and he should not leave OCHSA. He had too much promise and potential to walk away from the arts. He decided to stay, thank God!

How has the school been affected by all the extra attention?

Access Hollywood is approaching us, saying, "We want you to be involved in the Emmys red carpet." Matt Morrison has been really gracious in sharing his success with us, his alma mater. And there's a real sense of pride with our students, really celebrating that one of our own has done so well. It has created the feeling that if Matt can do it, I can do it.

How has your applicant pool been affected?

Have you had an uptick in the number of people auditioning for show choir specifically?

Oh, yes. It's exhausting! It's great, but we must have had 300 applicants last spring for Montage, our show choir. For a group of 32.

From your perspective as an educator and arts administrator, what aspects of "Glee" ring the most true?

For any arts program, music program, the continued drive of the director, continuing to drive and lobby for his program, protect his program, is critical for their survival. Because with limited resources for extracurricular activities and the arts, you've really got to fight for your program and stand up and fight for your kids.

What does the show get wrong?

Have you ever had a slushie problem?

Nope, never been slushied. Never seen anyone else slushied. Does anyone really do that?