In a speech against "don't ask, don't tell," the pop star goes beyond camp -- for a brief moment 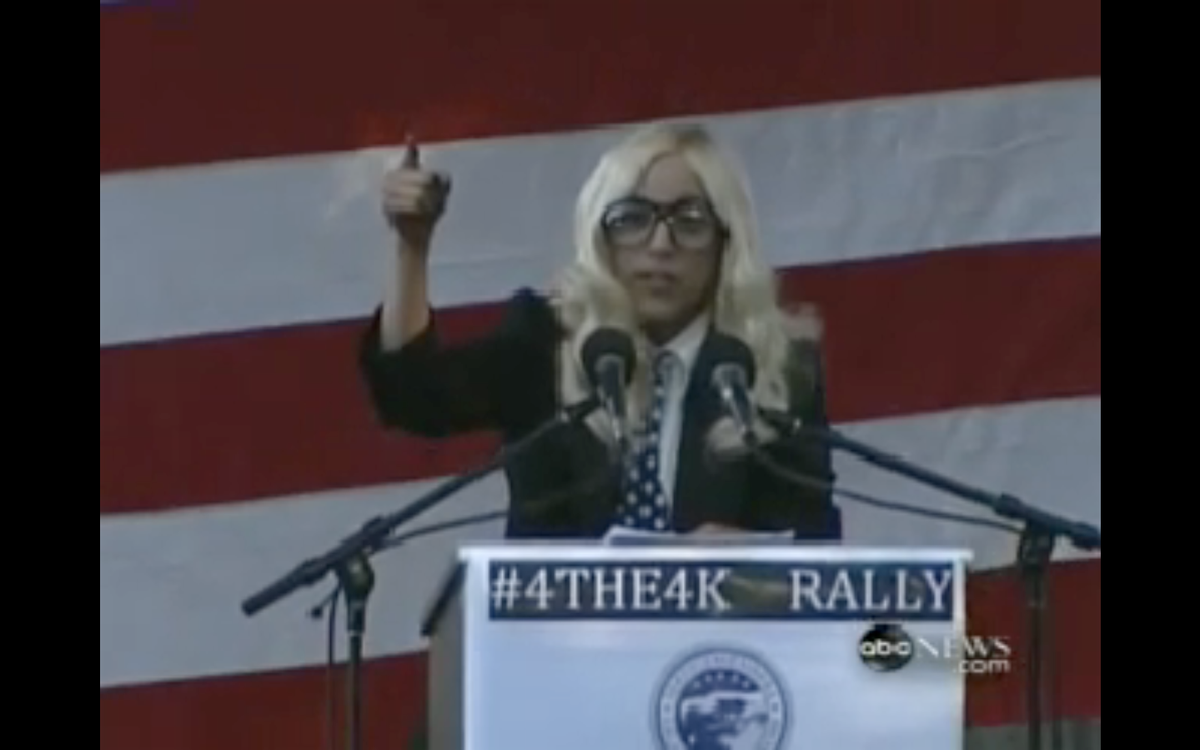 Damn that Lady Gaga. She may be wildly overexposed, and tiresome in her predictable unpredictability, but it's hard to dislike the pop star after her speech at a rally late Monday to repeal "don't ask, don't tell." There were moments of pure camp -- she declared equality "the prime rib of America," in a reference to her infamous meat dress -- but she also managed to make a decent, respectable point:

That's a lot of rhetorical questions, but point taken. As for the road ahead, she suggests an alternative law cheekily titled, "If you don't like it, go home."