The nasty politics of 10 percent unemployment

The Great Depression spawned extremism across Europe. The Great Recession is no different 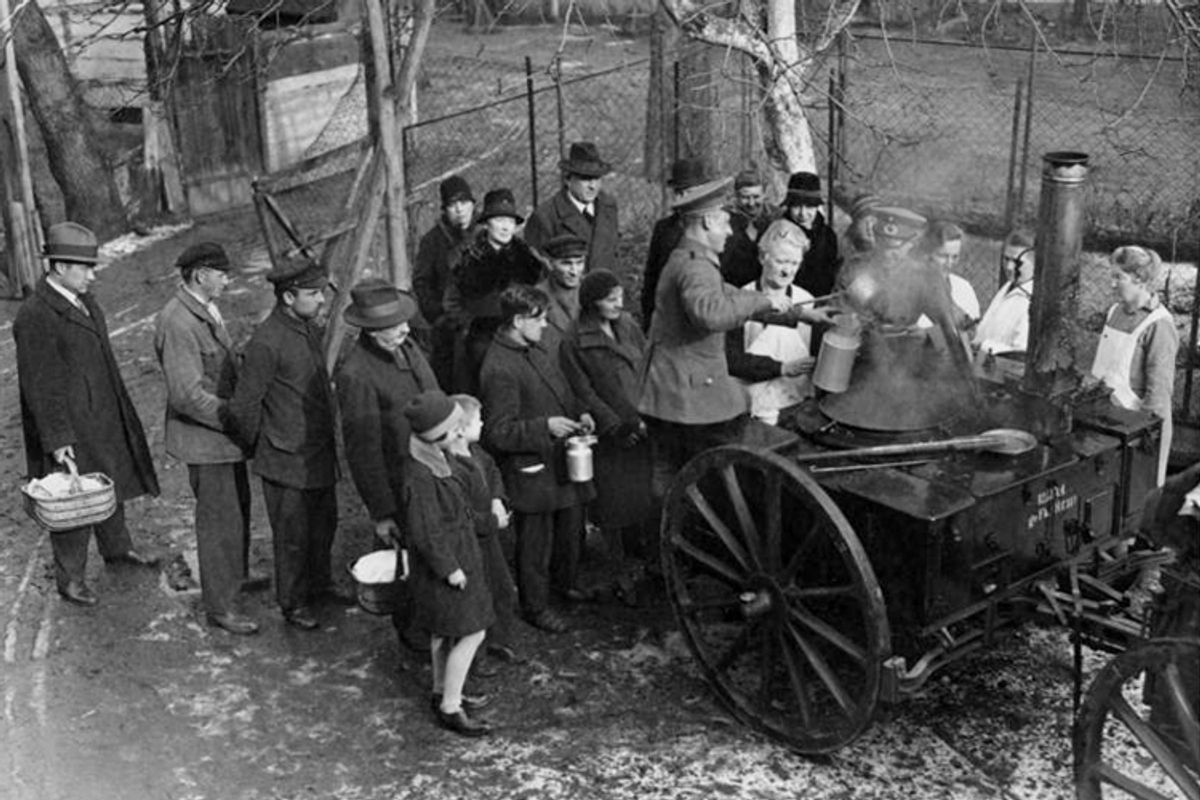 Why should governments care, above all else, about keeping unemployment down and ensuring that the greatest number of people get a fair share of the economic pie? Because if you don't, bad things happen. Europe's leaders learned this the hard way in the 1930s, but our historical memory seems fleeting.

That, in a nutshell, is the message of today's must read: Kevin O'Rourke's "Lessons From the Great Depression." (Hat tip, Mark Thoma.)

...[I]n late 1929, the Great Depression hit and everything fell apart. Thanks to Bruning's deflationary policies, Germany's national income fell by more than a quarter, and official unemployment rose to almost a third of the labor force. Optimism was replaced by a profound sense of insecurity. Inevitably, the extremist parties benefitted. In 1930 the Nazis increased their share of the vote to 18.3 percent, while in July 1932 they scored 37.8 percent. By this stage Bruning was gone, his successor adopted some modestly stimulative policies, and there were signs of a partial recovery. Not coincidentally, in November 1932 the Nazi share dipped to 33.1 percent; but by then it was too late, and the Weimar Republic was doomed.

The lesson was clear: states needed to provide their citizens with the security which the gold standard and the market system, left to their own devices, had so conspicuously failed to do. The alternative was nationalism in all its guises: economic nationalism at best, but potentially something much uglier and far more dangerous. And so the democracies of the postwar period became social democracies -- although British voters in 1945 judged that Churchill was not the man best suited to bringing this about.

O'Rourke observes that extremist parties have recently captured significant shares of the electorate in Hungary and Denmark, the most popular book on the German version of Amazon is an "anti-immigrant screed" and that in France, "the government has been fishing in National Front waters." The two words he most conspicuously does not mention? "Tea Party."

Perhaps it may be too soon to be making National Front/Tea Party connections, although listening to the way leading Republicans are talking about Islam today suggestions that a reluctance to connect such dots betrays a certain over-caution. But the more fundamental point is clear: A government failure to aggressively deal with unemployment, combined with a decades-long trend of increasing income equality, has created fertile ground for extremist, populist rage.

Anyone who believes that people are getting better has not been paying sufficiently close attention to the history of the twentieth century...