Why losing the House would be good for Obama

Republicans have had it easy for the last two years, but they'd look a lot different if they actually had power 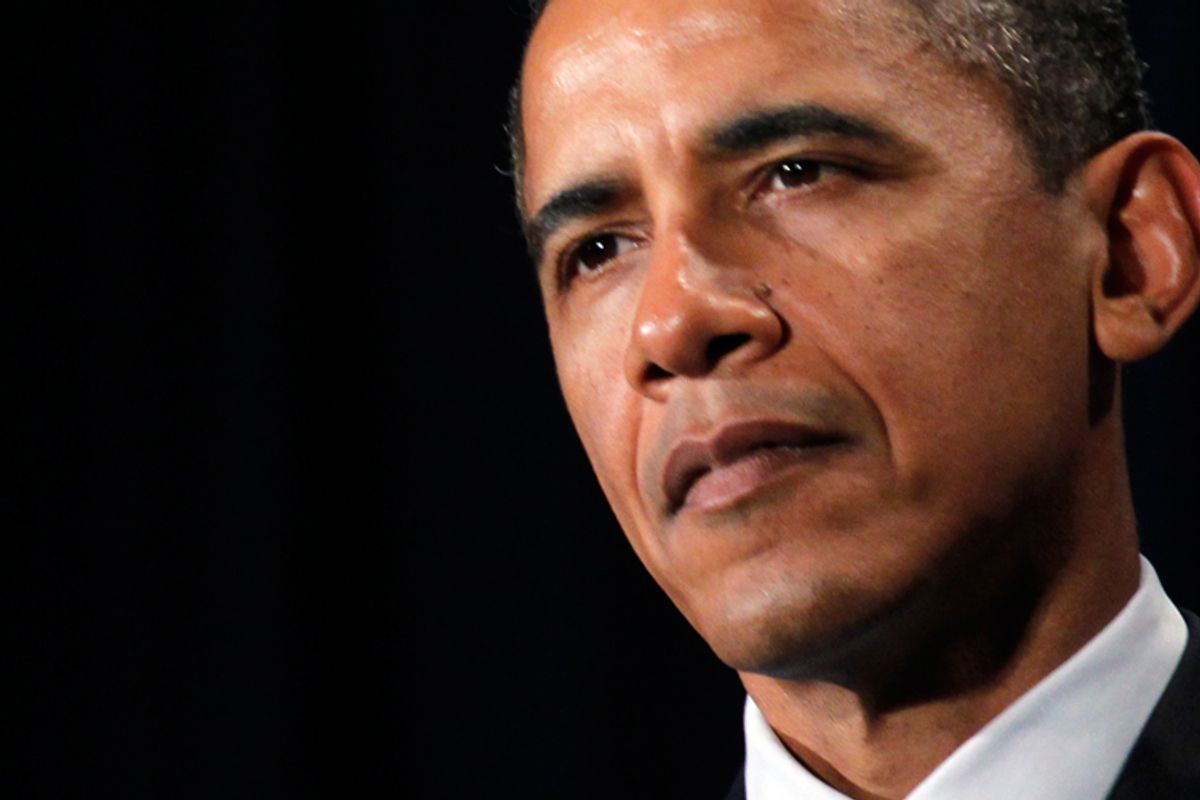 At a forum on Monday, President Obama was asked if he'd be open to sharing the stage with John Boehner the way President Clinton and then-Speaker Newt Gingrich did at a town hall session back in 1995.

"I think it's premature to say that John Boehner's going to be speaker of the House," Obama replied.

Maybe it is. But it's an outcome Obama should be hoping for. Sure, a GOP House could mean endless investigations and subpoenas, but it would also give the president a better chance at winning a second term in 2012.

Most observers agree that Obama's reelection will depend on the movement of the economy over the next two years. If it roars back, Obama will benefit politically, even if the improvement is not directly traceable to his policies. And if it continues to stagnate or worsens, he’ll be another Jimmy Carter. Fair or unfair, captaincy of the government gives a party ownership of the economy, particularly during recessions. Just ask the Republicans of 1982.

As things now stand, Democrats, because of their control of both the White House and Congress, face wide voter unease, with Republicans posed to capitalize, even though their own brand is actually weaker and more disliked than the Democrats’. But if the GOP retakes the House, Democrats and Obama will no longer have 100 percent ownership of the government, allowing them to diffuse responsibility for the national state of affairs.

Divided government would give Obama an avenue to establish clear and sharper divisions between his ideas and the Republicans', since the GOP would have to offer concrete legislation and solutions and not simply opposition talking points. More important, it would provide the president with a credible foil he can use to go on the offensive.

In fact, what Democrats now see as their best-case scenario in November's elections -- holding the House by perhaps a handful of seats -- might actually be the worst thing for them. They would maintain ownership of the economy with limited ability to split up any blame, while Republicans in the Senate, boosted by significant gains, would prevent them from achieving anything significant over the next two years. The investigations House Republicans would presumably rev up would be infuriating, but a slim majority combined with a nearly 50-50 Senate would be a politically worthless alternative.

Critically, with next year's GOP congressional ranks composed of scores of new Tea Party-friendly members, their own objectives will likely be more stridently conservative than the last time they ran the House, from 1995 to 2007, when the party was more regionally and ideologically heterogeneous. Against this opposition, Obama could use a Republican majority as the basis of his case for another term, shifting away from the aloof, professorial style that has been so ineffective to a more confrontational approach. In doing so, Obama would reinvigorate dispirited Democrats and also reengage moderates and independents who may vote their wallets and support Republicans in 2010, but who will also be turned off by over-the-top partisanship and obstructionism.

By running against Republicans as equal partners, Obama would have important institutional and personality advantages. Steve Kornacki recently highlighted how the Newt Gingrich-led Republicans badly faltered when they shut down the federal government in 1995 as part of a standoff with Bill Clinton. The GOP failed miserably in that fight because it was such a public relations mismatch: Clinton and his I-feel-your-pain-warmth vs. the bloated, petulant Gingrich.

Structural dynamics favored Clinton, too. As the nation's leader, he spoke with one voice, while House Republicans spoke with many. Clinton’s mastery of his Republican tormentors played a key role in allowing him to move past the loss of both houses in the 1994 midterms and to win a second term just two years later with relative ease.

Regardless of his current standing, Obama remains a shrewd politician who is far sharper on the stump and on television than Boehner. That Boehner doesn't command the respect among Republicans that Gingrich (initially) enjoyed, along with the growing tensions between Boehner and some of his deputies, will only aid Obama further in fights with the GOP leading up to 2012.

Obama should view a GOP takeover of the House as an opportunity to reclaim the stable footing he enjoyed in the 2008 campaign and in the early days of his presidency. Granted, this would require him to shed the conciliatory approach that has so infuriated liberals -- and there's no guarantee that he'd do so, even in the aftermath of losing the House. But if the president is going to win in 2012, he'll have to go on the offensive. Facing off with Republicans under a shared power relationship, he could find a way to get reelected.

Losing the House now might just be the best opportunity for Democrats to save the White House in 2012.