Why Carl Paladino could actually win in New York 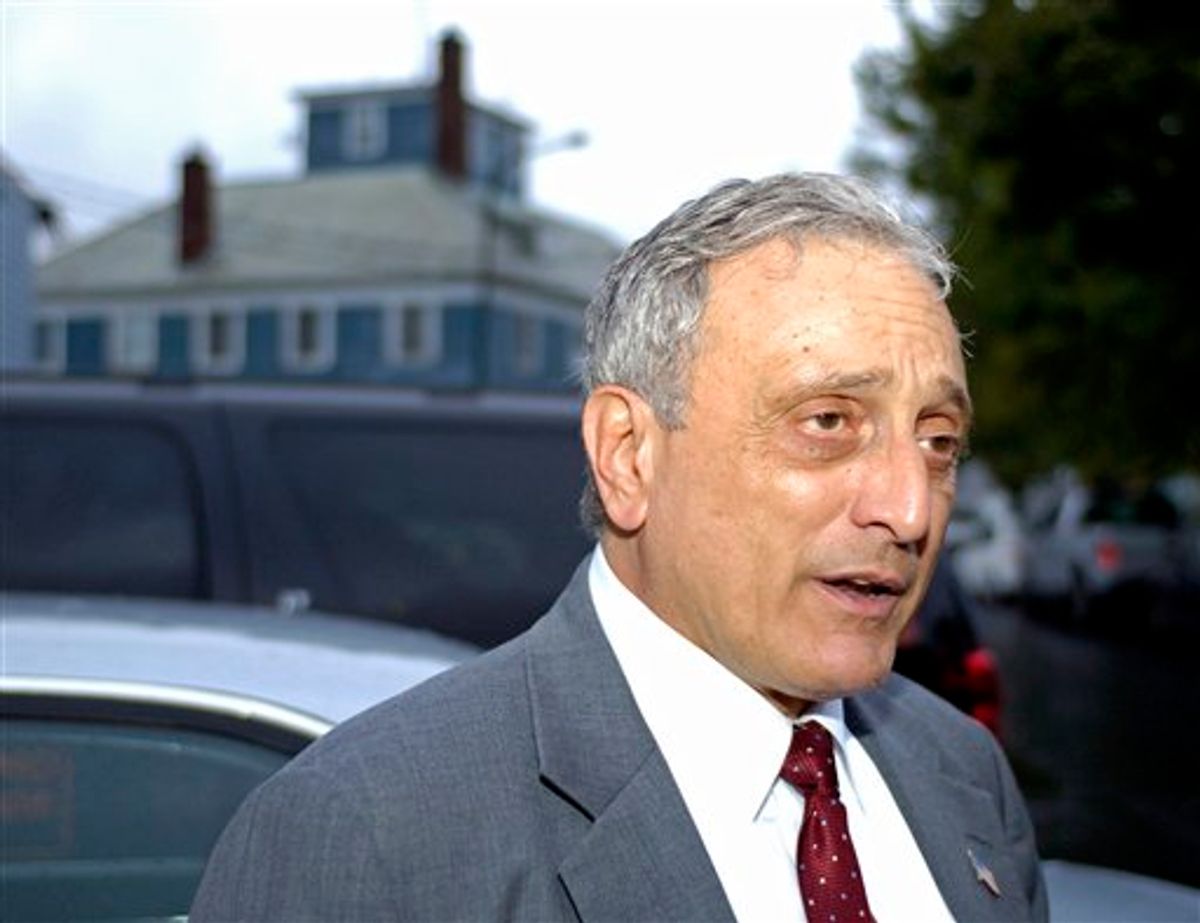 No, it's not a misprint: A new Quinnipiac poll really does show Carl Paladino -- the Buffalo developer who's made headlines for sending baldly racist and pornographic emails (and for dismissing them as "just humor") and for promising to send welfare recipients to prison camps -- surging to within six points of Andrew Cuomo in New York's gubernatorial race.

Paladino's rise has been meteoric. All year, polls have shown him trailing Cuomo by around 30 points. And until the very last minute, Paladino had been expected to lose the September 14 Republican primary to former Rep. Rick Lazio, who had won the state GOP's official endorsement back in the spring. The GOP establishment was so spooked by Paladino, in fact, that they deprived him of the votes he needed at the state convention to make the primary ballot; instead, he had to petition his way on, no small feat in New York, with its archaic ballot access laws. With his blunt, unpolished style and promises to bring a baseball bat to Albany, Paladino then overwhelmed the dull and uninspiring Lazio in the primary, winning by a startling 30-point margin. And now, just one week later, he's trailing Cuomo by just six points, 49 to 43 percent.

Obviously, political watchers -- me included -- have been missing something here. Paladino's appeal is much broader than we realized, and while there are still plenty of reasons to doubt that he'll end up winning, the possibility can't be excluded. So what is going on?

I'm not sure about everyone else, but my mistake -- I think -- has been in viewing Paladino strictly as a Tea Party candidate. The Tea Party movement, as I've written before, is essentially a phenomenon that exists within the Republican Party and reflects two post-2008 realities: (1) The fact that Democrats control everything in Washington for the first time since 1994 (not coincidentally, the last time the GOP base was this restive); and (2) the fact that the base blames the GOP establishment for bringing about the Democrats' rise by selling out conservative principles. Thus, we've seen the Tea Party movement (Republican voters and functionally Republican independents) unite behind far-right candidates in numerous primaries this year, upsetting establishment favorites in many cases.

A first-time candidate with strongly anti-government views who had taken part in Tea Party rallies before getting in the race, Paladino seemed to fit the mold of a Tea Party candidate. The stiff opposition he faced from the GOP establishment only bolstered that image. In this sense, his primary massacre of Lazio was no more -- or less -- noteworthy than Christine O'Donnell's win over Mike Castle, or Sharron Angle's GOP primary win in Nevada, for instance.

But I think the difference between Paladino and, say, O'Donnell is this: Paladino embodies a broader, less ideological frustration and anger with government, while O'Donnell and some of the other Tea Party's stars more embody the kooky, loopy spirit of the movement. They remind people just a little too much of the outrageously attired Tea Party ralliers whose pictures end up on the news. Paladino may be an ogre, but -- at least at first glimpse - what a lot of New Yorkers see is a regular-seeming guy who is as angry as they are and who will give all of the career politicians in Albany nightmares.

Obscure as it is, I think there's a precedent for Paladino's rise: John Silber, the volcanic culturally conservative Democrat who nearly won Massachusetts' governorship in 1990 (a year in which the Bay State's electorate was about as fed up as New York's is now). Silber was an intellectual (a lifelong academic and the president of Boston University), but he had a reactionary streak to match Paladino's. He called his Republican opponent, William Weld, "a back-stabbing son of a bitch" and an "orange-headed WASP" and suggested spending money on expensive medical treatments for the elderly was unwise. "When you've lived a long life and you're ripe, it's time to go," he declared. Asked why he hasn't delivered any major speeches in Boston's heavily black neighborhoods, he replied that he didn't see the point of talking to "a bunch of drug addicts."

Silber, like Paladino, was never supposed to win his party's nomination. But he did -- and then he nearly beat Weld in the fall. But he was undercut in the end by his own liabilities, with his hot temper and polarizing nature giving just enough voters pause at the last-minute. (A combative interview with a popular Boston television anchor just before the election, Silber has long believed, cost him the election.)

Here's guessing that Paladino's own liabilities will ultimately scare off enough voters to make Cuomo New York's next governor. But it will be closer than we ever imagined.