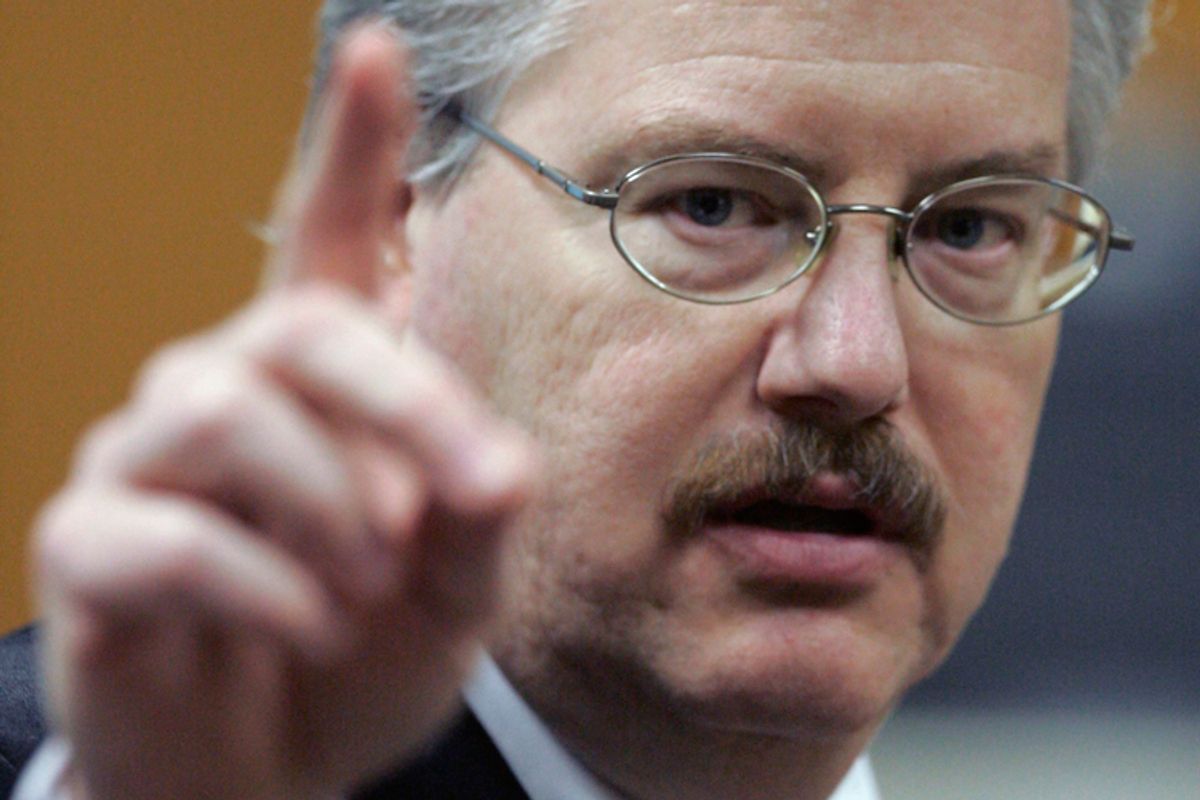 Kenneth Kratz just keeps getting creepier. First, there was the news that the Calumet County District Attorney had "sextually" propositioned the victim of a domestic abuser he was prosecuting, as Justin Elliot reported last week in War Room. Then another woman claimed that during a date with Kratz, he invited her to an autopsy, "provided I act as his girlfriend and would wear high heels and a skirt." As though that weren't enough, now a third woman has come forward today with allegations of the Republican prosecutor's skeevy dealings: In 2008, Maria Ruskiewicz met with Kratz to ask for support of her pardon application for a marijuana charge she was convicted on as a teenager. The sexually suggestive text messages came soon after. According to the Associated Press:

She recalled him texting while he was on vacation in Michigan with his family asking her to impress him "in between naps." She said he later pestered her when she didn't answer.

She eventually told him she was not interested and he said he would stop. She said she didn't hear from him for months but then got a message in which he asked to meet in person to discuss "a personal matter."

The 31-year-old law student told the AP, "The reason why I'm coming forward is he abuses his power, not only with women, but with women in certain situations who are extremely vulnerable to his authority." Kratz's attorney, Bob Craanen, is following his client's lead in the class department, suggesting that his accusers are all a bunch of money-grubbers: "Would they really be going up on national TV and doing all of this if there was no payday at the end? I just don't think so."