But, make no mistake, the battle hasn't been won just yet 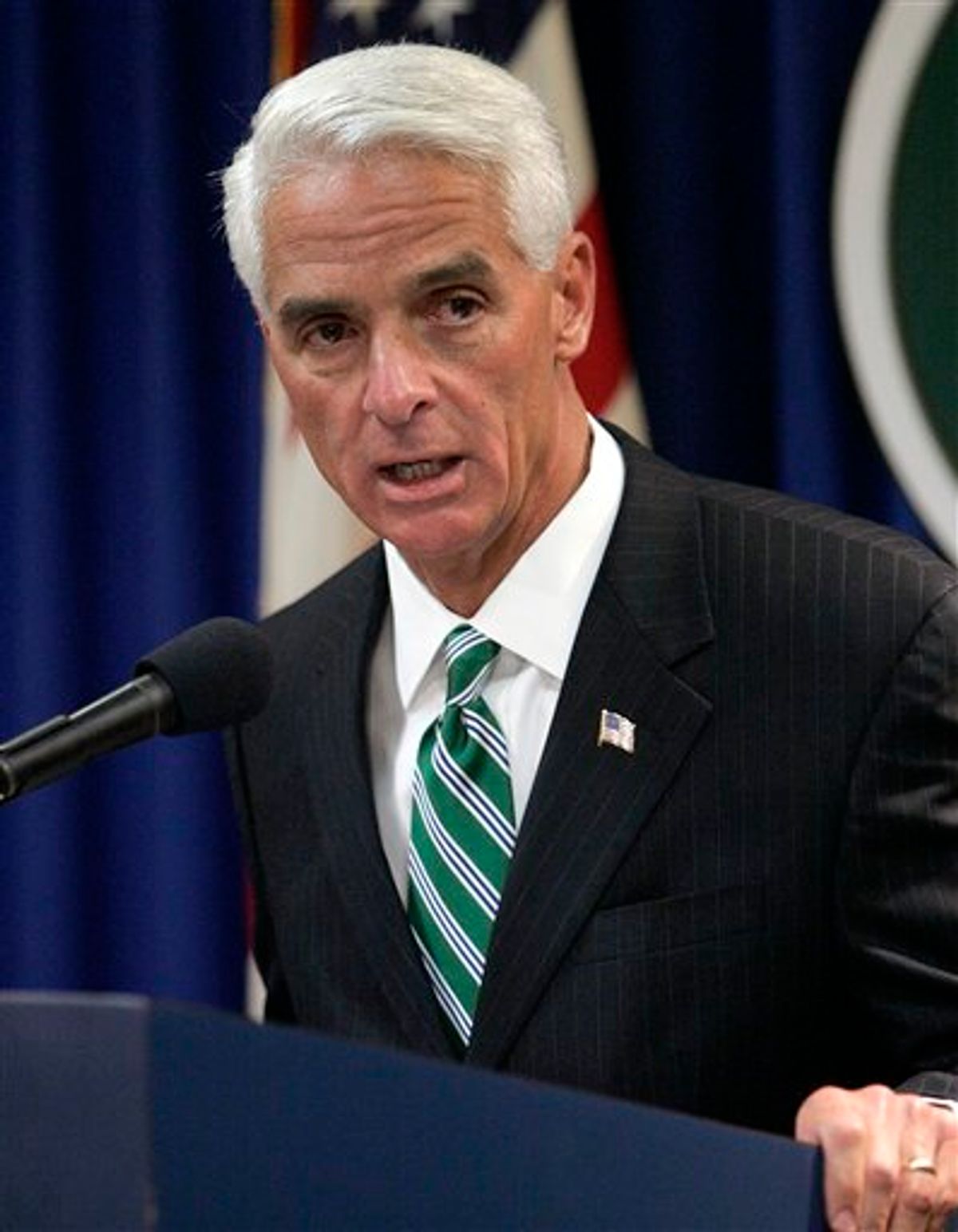 FILE - In this April 15, 2010 file photo, Gov. Charlie Crist speaks in Tallahassee, Fla. Plan A isn't working so well for Gov. Charlie Crist, a former rising Republican star who now trails badly in the Florida Senate primary, but Plans B, C and D don't look much better. His populist approach to governing no longer sits well with angry conservatives who have abandoned him in favor of his primary opponent, former state House speaker Marco Rubio. (AP Photo/Steve Cannon) (AP)
--

Sanity -- or humanity, whatever you want to call it -- prevailed today in Florida when an appeals court overturned the state ban on gay adoption. This backs a lower court ruling that found the explicit proscription against gay and lesbians from adopting unconstitutional.

Gov. Charlie Crist, who supported the ban until his recent Independent conversion, says he will immediately disregard the 33-year-old law. He even heralded this as "a great day for children" since "children deserve a loving home." Indeed, the court's 35-page opinion argued:

Given a total ban on adoption by homosexual persons, one might expect that this reflected a legislative judgment that homosexual persons are, as a group, unfit to be parents. No one in this case has made, or even hinted at, any such argument. To the contrary, the parties agree "that gay people and heterosexuals make equally good parents."

Ah, but this fight is far from over: The case is likely headed to the State Supreme Court, where a final decision will be made. Let's also not forget that Arkansas, Mississippi and Utah still prevent gay couples from adopting.