The real harm of our abortion compromise 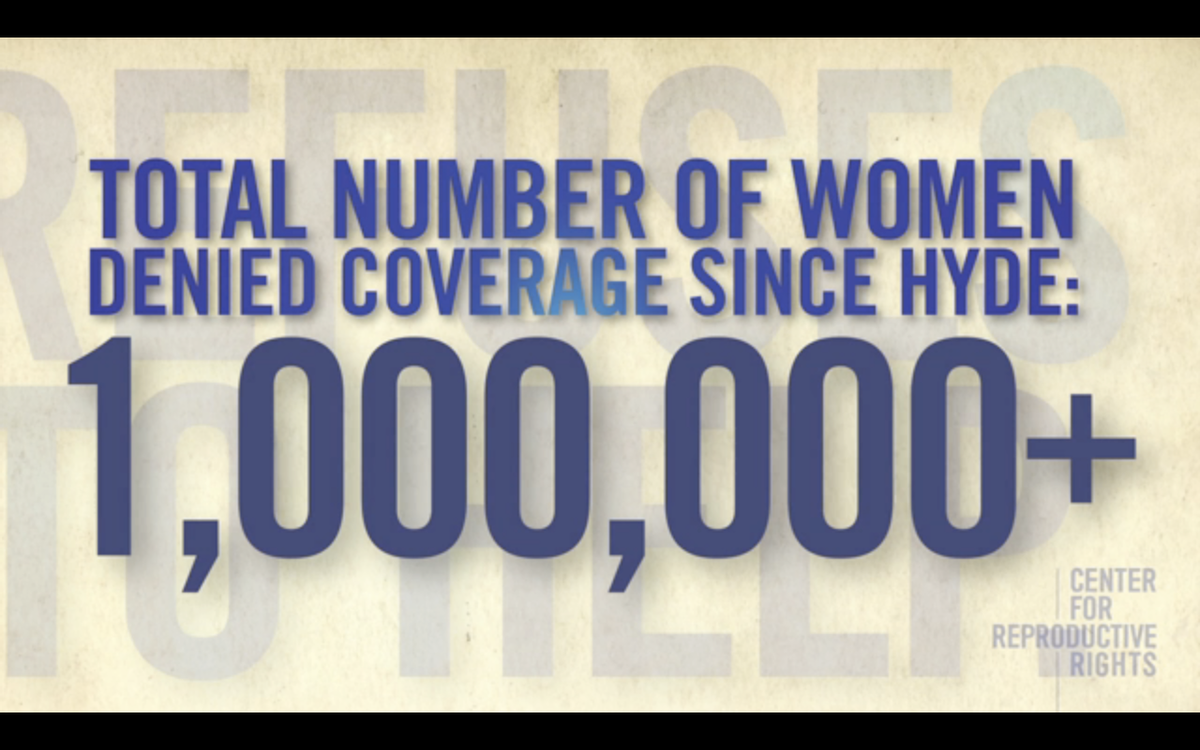 Back in March, the wisdom in many liberal circles was that we needed to pass healthcare and then repeal the Hyde Amendment. Well, healthcare reform passed and now the Center for Reproductive Rights has released a report that exhaustively details why we need to finally kick Hyde to the curb. The short of it is that restrictions against federal coverage of abortion disproportionately hurts poor women:

Low-income women scramble to obtain funding, often delaying their procedures by days or weeks, or carry their pregnancies to term after failing to raise the needed funds. Beyond the stigma and shame that women may face when deciding to have an abortion, the financial toll and medical complexity of the procedure increase practically daily as women make the necessary logistical arrangements to locate a provider and procure funding. As each day passes, the costs become increasingly unaffordable and the procedure more unattainable. Women struggling to put together the money for an abortion find that, in a matter of weeks, they are forced to undergo a more involved, more expensive, and less widely available second-trimester abortion.

For those who prefer a dramatic visual presentation of cold hard facts, the center has put together a snazzy video featuring depressing statistics about Hyde's impact. Enjoy?

Hyde: The Status Quo Is Not OK from Center for Reproductive Rights on Vimeo.