The maverick insists no one's e-mails are searched for proof of gayness, which is news to the guy that happened to 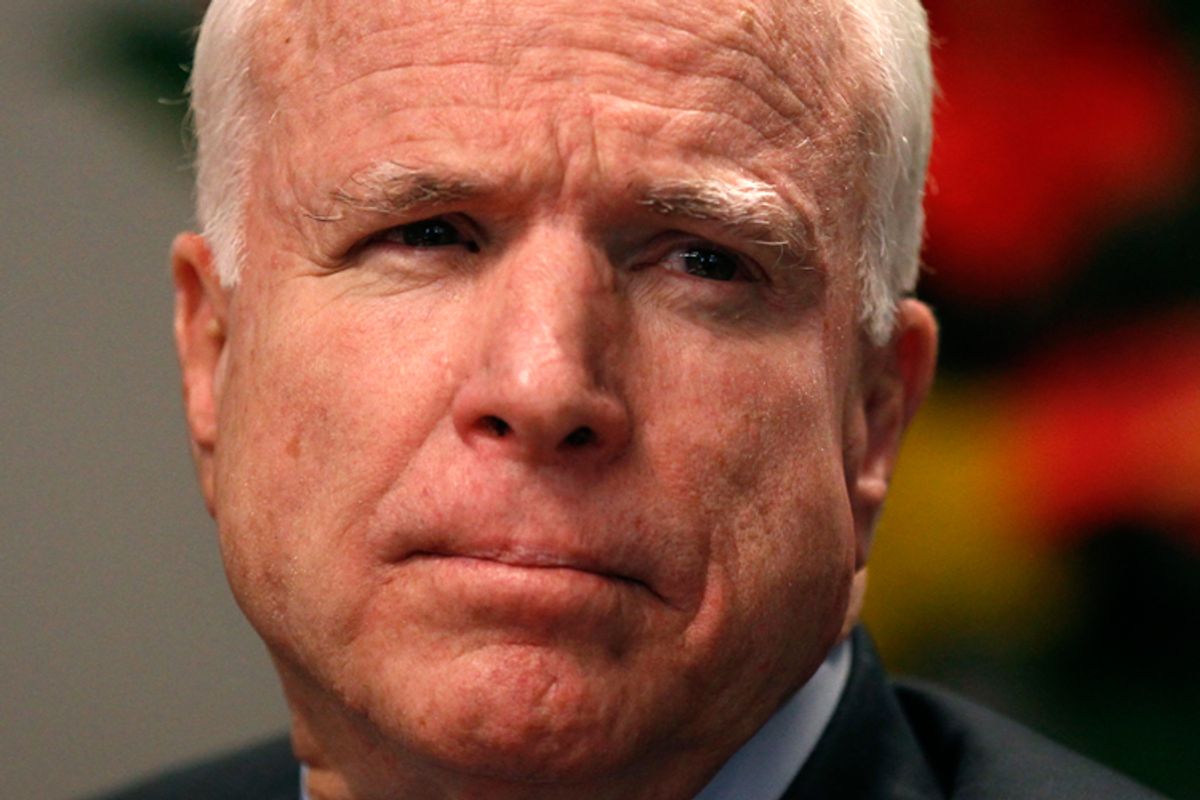 Here is John McCain, yesterday, after voting to block the defense authorization bill from reaching the floor of the Senate because it contained language that would allow gay and lesbian Americans to serve openly in the armed forces:

McCain, questioned by reporters from The Advocate and Metro Weekly, flat-out denied any active searches for gay people in the military since "don't ask, don't tell" was enacted.

In reality, as documented by Nathaniel Frank, there have been more than a thousand "command violations" of the policy.

In this clip, meet Major Michael Almy, who was discharged under "don't ask, don't tell" after... having his e-mails searched, despite the fact that John McCain says that does not happen:

It's obviously no surprise that John McCain is either lying or wrong. He is a cranky old man who hates everything in this world besides the companionship of his friend Lindsey Graham. What is mildly vexing is that the headlines are "McCain Has Terse Exchange With Reporters Over Don't Ask, Don't Tell," and not "McCain wrong about 'don't ask, don't tell.'"

Speaking of things that aren't surprises, someone in Saxby Chambliss' office left a comment reading "all faggots must die" on gay news and culture blog JoeMyGod.

I note that Fox quotes the comment verbatim (The Washington Post edits out the word "faggots" ), then adds that a separate, unrelated comment on the site called on John McCain to have a heart attack.

The news is that it came from a Senator's office, not that commenters are assholes. But in the spirit of fairness, here is a comment from that Fox story:

Wake up America. Quit calling QUEERS and LESIBANS .....GAYS... Gay means HAPPY and QUEERS cant be happy. Also the QUEERS should stop using GOD'S beautiful colors of the rainbow as their sick symbol. We as a nation will fall if we condone QUEERS just as every other nation in this world has fallen !!!!! I pray for all the QUEERS and the people that back them. May GOD forgive us as a nation who are acting as FOOLS to uphold these SICK QUEERS !!!!!!!!